It’s hard to remember beyond the massive lineup every year at EDC Las Vegas that there are more artists playing than just on the festival’s main stages. Each year, the art cars roam the festival with an eclectic assortment of curated lineups and surprise appearances that sometimes draw crowds bigger than at some stages… remember Kayzo at Kalliope? That was massive.

This year, Trap Nation will be curating the Parliament Car on Saturday, May 19, and the lineup is definitely one you’ll want to catch at least a few times. Featuring big names like Drezo and Ekali as well as growing artists like Fairlane and Whereisalex, you’ll be lucky if you run into the Parliament Car while wandering around the festival grounds.

Check out the full lineup below and get ready for the madness going down in just one week! 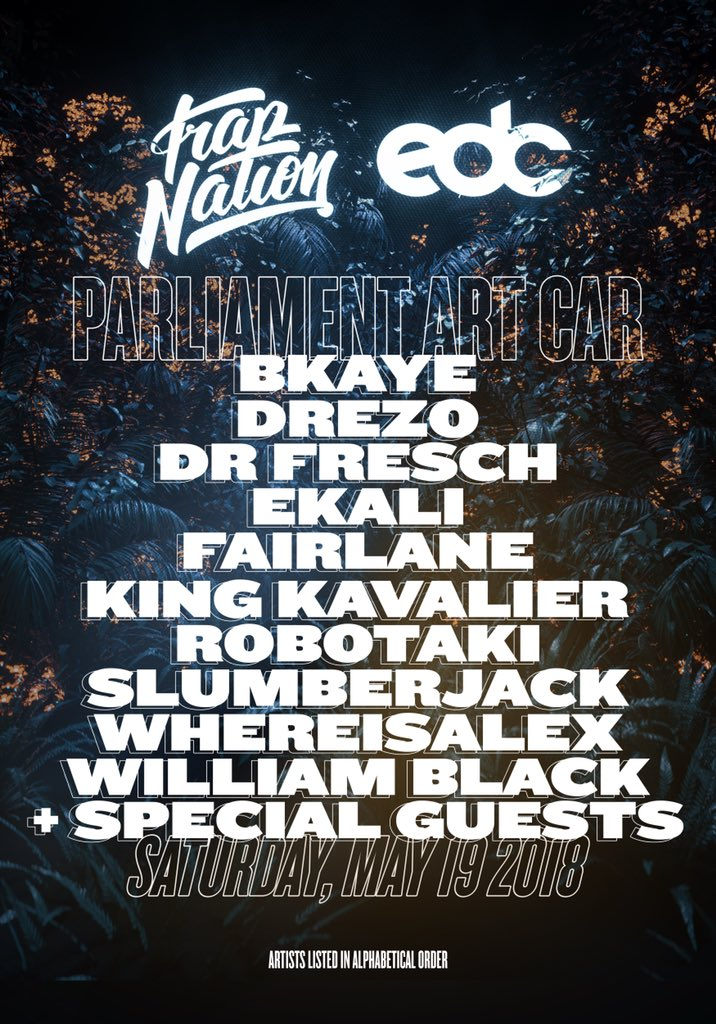