The euphoria felt at music festivals can make sparks fly. So it’s no wonder many attendees have gotten it on at places like Electric Forest, Bonnaroo, Burning Man, Ultra and more!

“I was with a girl I just met and did her doggy style backstage during the concert.” – 28-year-old festival-goer

A recent study found that music festivals facilitate romantic connections, though some may be fleeting. Maybe you fall for someone in a crowd but “accidentally” lose them after a makeout sesh. Or maybe, you met the love of your life at a music festival and are still going strong. No matter which music festival or types of relationships we’re talking, there’s bound to be some hookups.

“Just met an awesome girl; we had sex in my tent, and we continued to hook up throughout the weekend.” – 36-year-old festival-goer

Tick Pick surveyed over 1,000 festival-goers about their willingness to have music festival sex, and the details about past hookups. Half of them expressed interest in getting down and dirty at music festivals from EDC to Coachella to Okeechobee and beyond. Some of these same locations are doubled up in Lovehoney’s research, too.

“The best place to have sex is during Bassnectar, in a hammock, hanging under the stage. The bass maximizes the pleasure.” – 45-year-old festival-goer

So, how many festival attendees have sealed the deal? Tick Pick found that 33.6% of concertgoers have had sex at a music festival. Among those people, Electric Forest was found to be the hottest spot for hookups. Makes sense — how’s about a late night stroll through Sherwood Forest? Bonnaroo’s massive campground culture also makes the fest ideal for intimacy.

The research also uncovered oral sex trends, favorite places to “do it,” the best music festival positions, and more. Check out all the findings below. 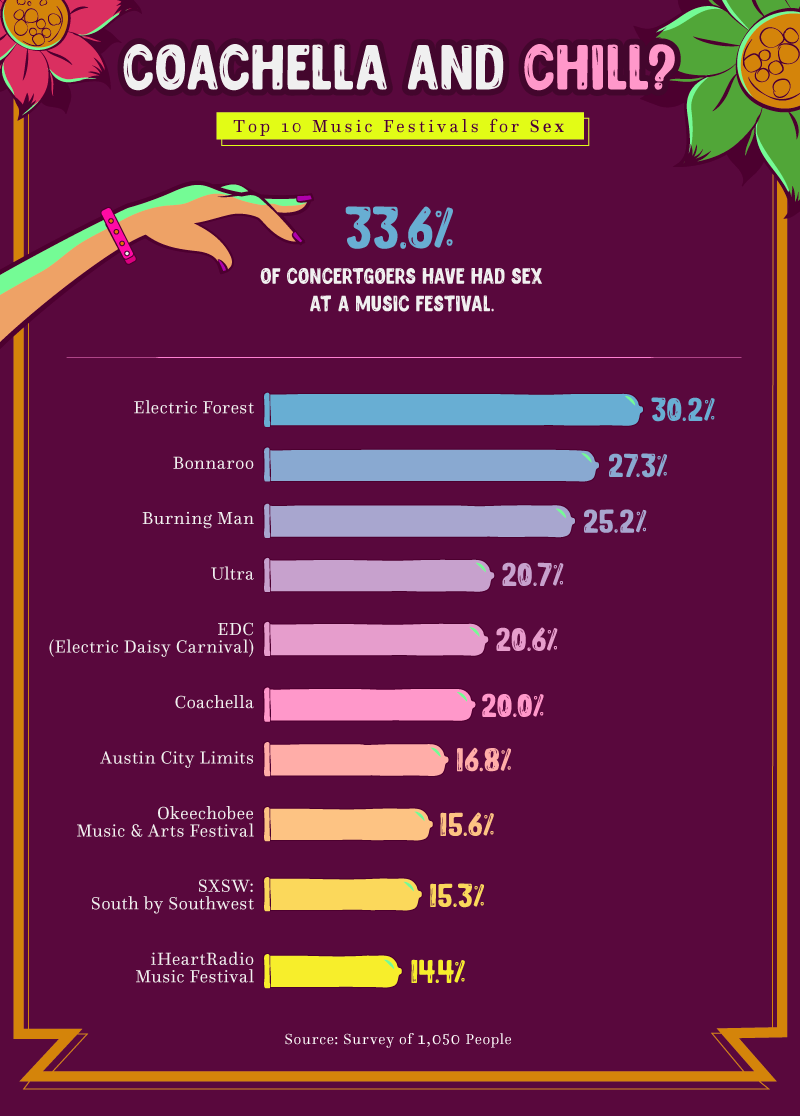 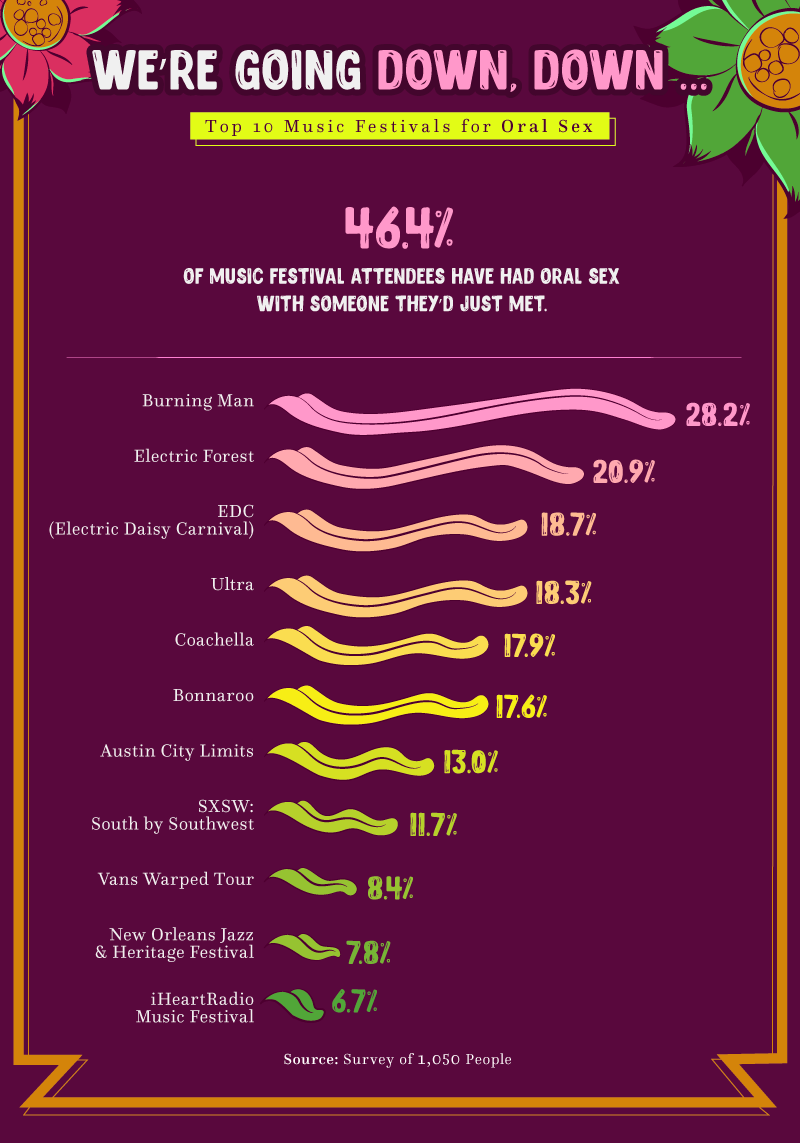 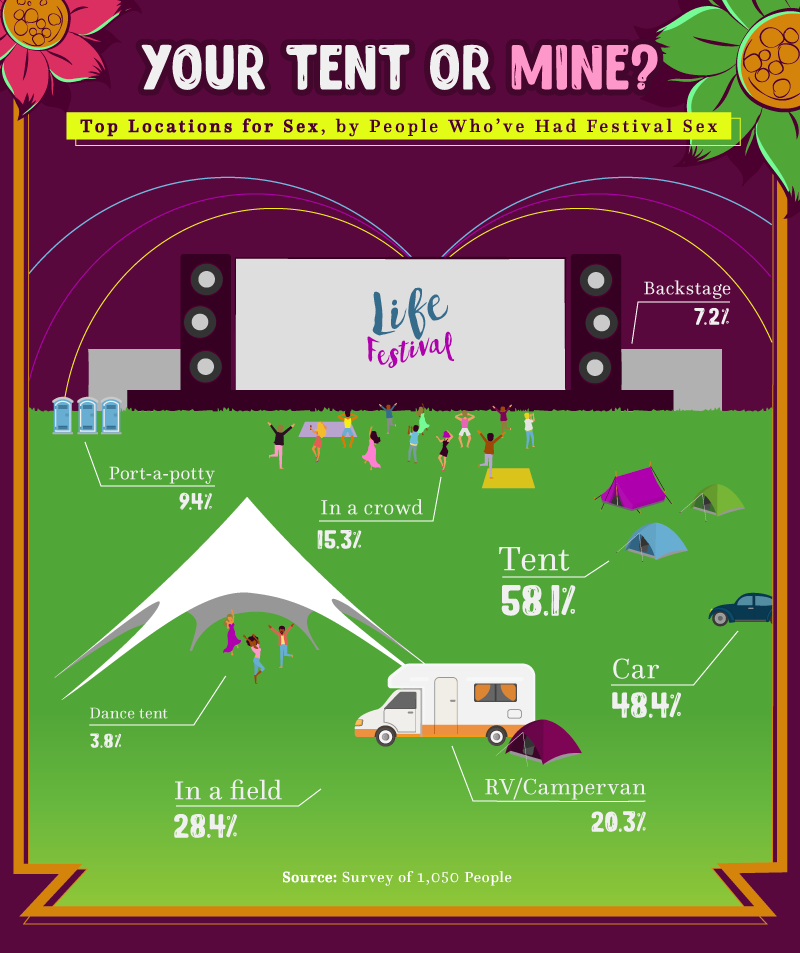 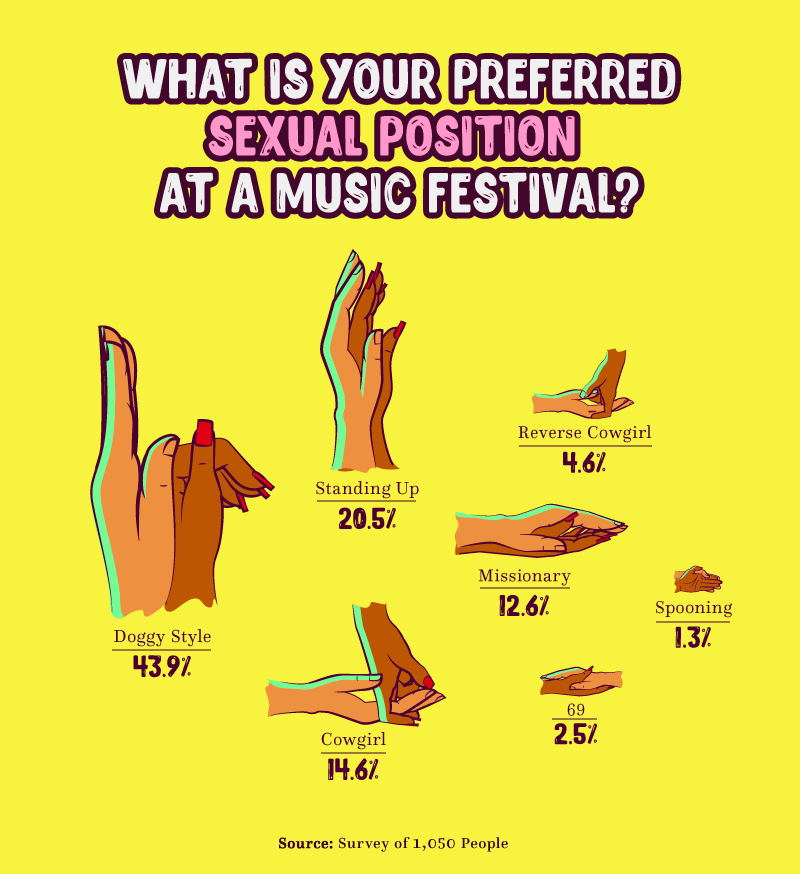