Sh*t’s about to hit the fan… Max Vangeli just took to Twitter to put Diplo on blast. Hard. And Zedd backed it all up 100%.

Apparently Vangeli set off on quite the excursion to DJ an opening gig for Diplo and he completely brushed him off. Instead of bro-ing out like they should have, Diplo’s “pussy ass” and his “herpy dick” pretty much ignored the opener. At least, according to Vangeli.

What’s more surprising is that Zedd popped into the conversation to affirm Vangeli’s claims. “100% true,” he said.

Perhaps the lowest blow here — “Skrill left your ass for a reason.”

As we anxiously await a response from Diplo, we have a feeling this is only going to get worse before it gets better.

Here’s a screenshot just in case these tweets get deleted… the internet is forever. 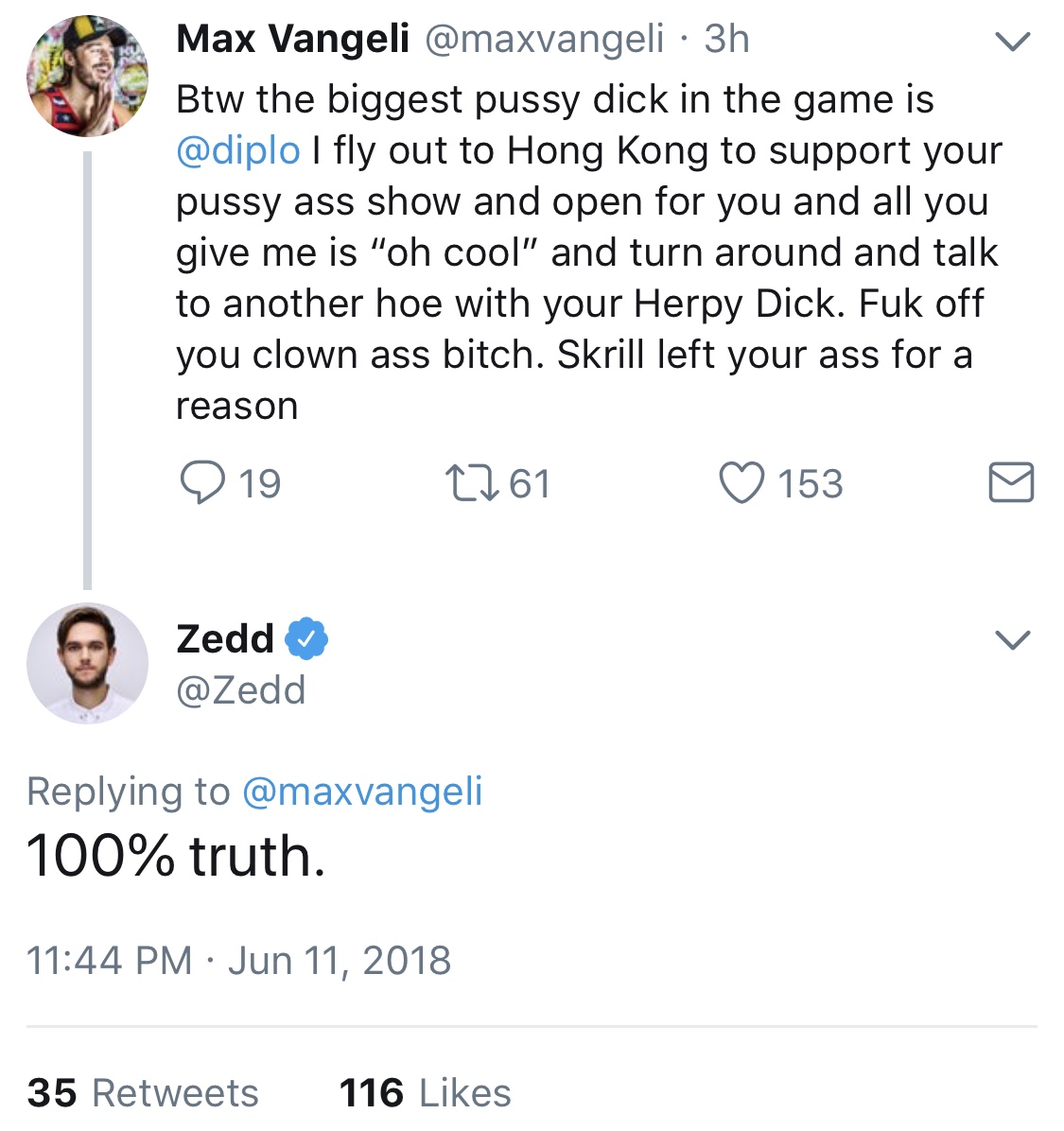 New Artist Spotlight: Ledges Bring Shoegaze up a Level and Gaze at ‘The Sun, The Stars, The Moon and Me’

New Artist Spotlight: Ledges Bring Shoegaze up a Level and Gaze at 'The Sun, The Stars, The Moon and Me'