After already dropping a first phase lineup that set the festival world abuzz, the 5th Anniversary edition of Imagine Music Festival has released the full roster of performers for its 2018 event, which returns to Atlanta Motor Speedway in Atlanta, Georgia on September 21st through 23rd.

Imagine, along with Buku and TomorrowWorld, were kings of the southeast dance music festival world. Now with TomorrowWorld out of the game and Buku establishing itself as a multi-genre festival, Imagine is looking to fill the void and establish itself as one of the nation’s most anticipated electronic dance music events. Did we mention it’s still entirely independent?

Armin van Buuren, Alesso, Galantis, RL Grime, and Zeds Dead are among the artists already revealed during phase 1 of the lineup announcement. Joining them will be headliners Bassnectar and Kaskade, along with special guests The Glitch Mob and Getter.

“Topping the prior year’s lineup has undoubtedly become a bigger challenge each year,” says Iris Presents founders Glenn and Madeleine Goodhand. “Through many special requests, our fans and the Imagine Family have helped to curate another dream lineup. Our fan support has been an integral part in the festival’s growth and we cannot wait to welcome you all back for our best year yet.” 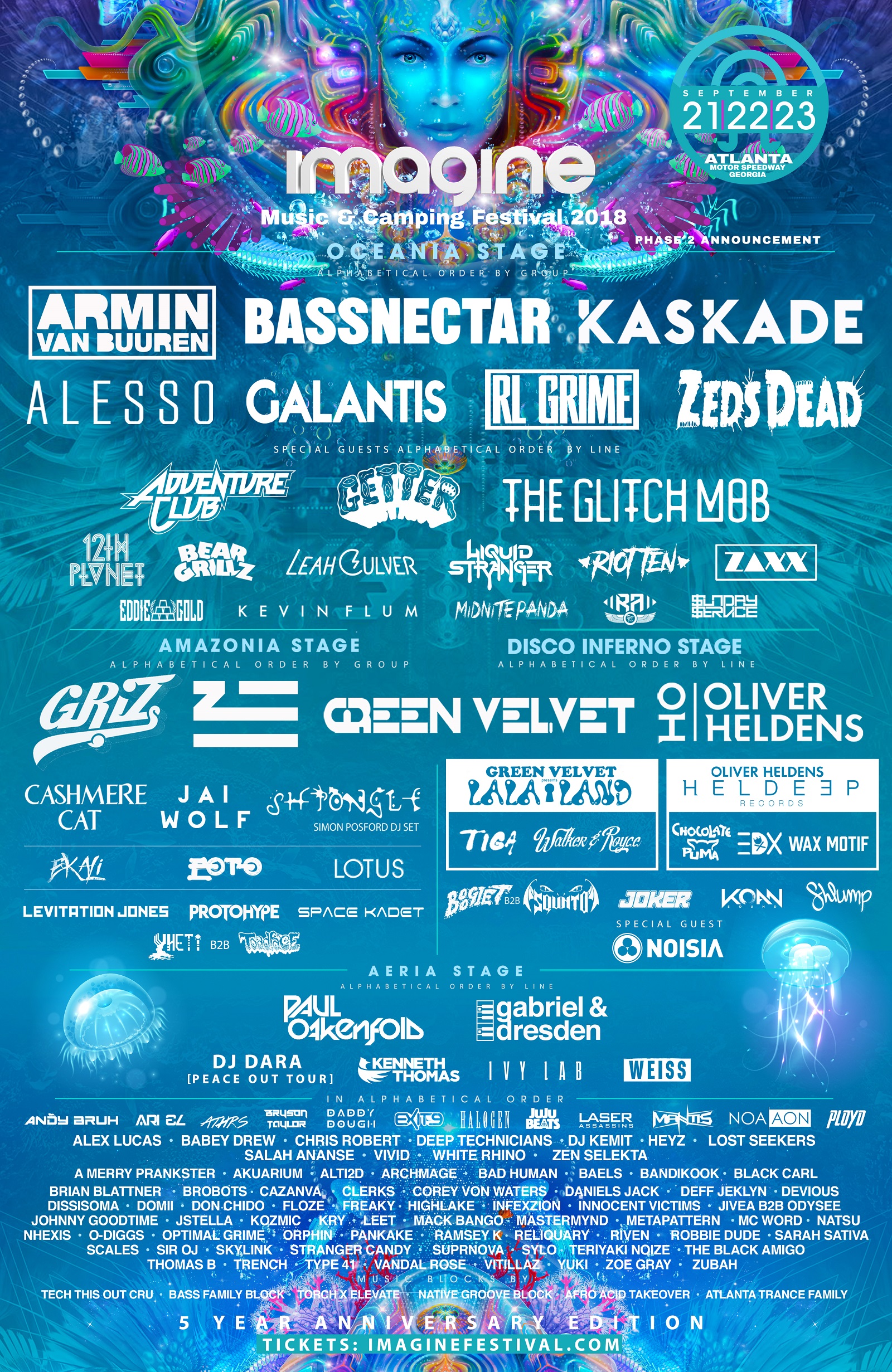