Hardwell Teases Sequel To “Apollo” Will Be Debuted At Tomorrowland

Hardwell’s “Apollo” was released in 2013 and remains one of the producer’s most iconic tracks.

Now five years later, Hardwell has been hard at work on the sequel to “Apollo,” which he says has a “similar emotional impact” on him. Better yet, he reveals that he’s going to debut the new track tomorrow at Tomorrowland!

Hardwell will be on the Tomorrowland live stream tonight at 9:50pm local time, 12:50pm PT, so be sure to tune in and catch it. See the rest of the live stream schedule here. 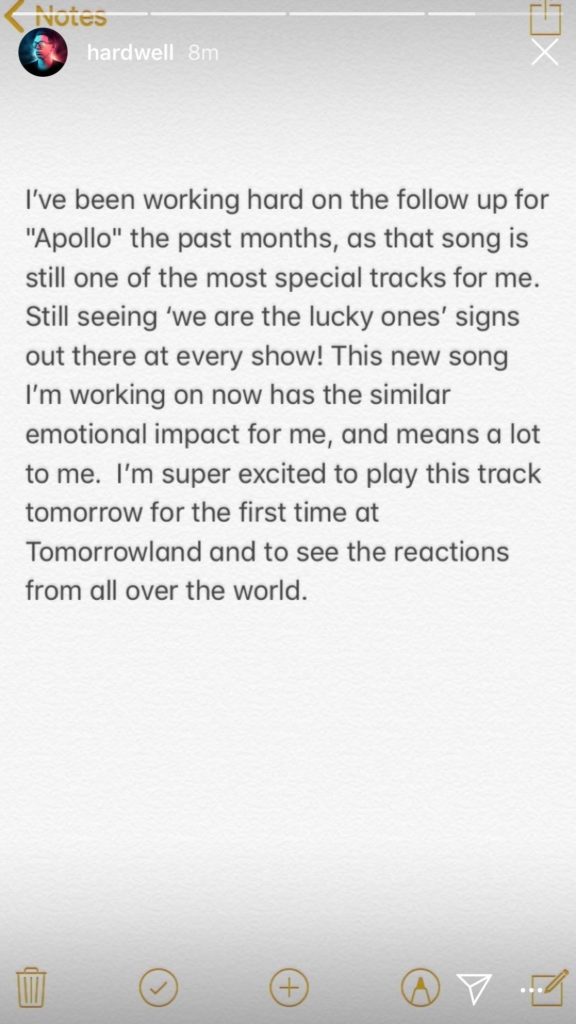