Your EDM Q&A: Foreign Concept Gets Technical on His New ‘Gozen’ EP

Foreign Concept is one of the darlings of Critical Music, despite not really having the sound or style that one normally associates with the label. That said, he does his own thing to such an extend that he’s come to define Critical’s sound in his own way. In fact in any label there isn’t really anyone who sounds like Foreign Concept, and that’s likely why so many producers and vocalists are clamoring to work with him.

His newest EP Gozen is no exception in that it two of its tracks are groundbreaking collabs with Halogenix and Monty, but it is unique to his historical sound in that there aren’t any sung vocals, and the harder edge has a definitive throwback funk on it. When we sat down with Foreign Concept for this Q&A he didn’t seem to think he added much new or changed his style, but once he got technical about the ways he created the feel of old school funk in a modern way, it’s clear he is on the leading edge in a lot of ways and that his own style does keep evolving. Foreign Concept seems to be a producer who’s in it for the joy of making the sounds he loves, and it’s always great to share his perspective in interviews like this one, not to mention that producers can pick up a few tips from reading on.

You’ve released a lot on Critical Music. What keeps you coming back to the label?

Contractual obligations. Just kidding! I’ve been with Critical since 2010 now and for me they are the perfect label to release music on. Beyond the fact it’s run very professionally in the business sense, they have a great music ethos in that if it’s a good tune they’ll put it out regardless of sub-genre. There’s no pressure to fulfill a quota of music either, unlike other labels that have three-album deals, et cetera, so it makes the whole process of writing and releasing music so much more enjoyable.

How did this EP come together? Was there a theme or idea you had in mind?

There wasn’t really a theme in mind, although I did consciously want to make it a little more dance floor-friendly than the last EP. My usual process when writing an EP is just to go into the studio for a couple of months and try and write a bunch of reasonably coherent tracks and then send them off to the label to see which ones they think would work best together.

How did you come to work with Halogenix and Monty on “Ron Millonario” and “Waiheke Wine Club” respectively?

“Waiheke Wine Club” was written with Laurence a couple of years ago. I wanted to get a remix done for this EP and thought the Circuits guys would put a great spin on it, which they have!

For “Ron Millonario” I’ve been a big fan of Monty’s music since he sent me a bunch of tunes about three years ago. We’d been sending music back and forth for ages, so I thought it would be a good time to work on something together!

How do you think the collabs reflected and then also added to your own style with each producer working on the tracks?

I had originally done a version of what was to become “Ron Millonario” which I had put a short clip of on Instagram. Monty hit me up and asked if he could get involved in it. I sent him over the parts and he changed around the bass and added a few other sounds, and then with a bit of back and forth we got it finished. I think it’s worked out to be a great marrying of our sounds and is probably my favorite track on the EP, as are most of the collabs I’ve done! We had a night out in Bristol just drinking loads of different types of rum, and “Ron Millonario” was our favorite (rum), so we named the track after it. 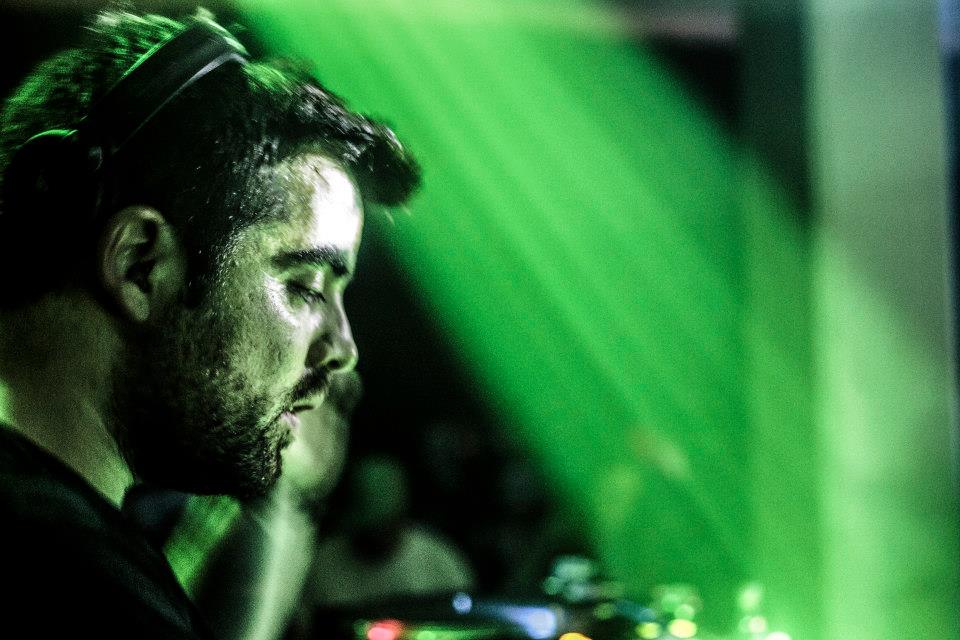 You’ve got a lot of old school sounds and concepts mixed with modern techniques and sound design on this EP, specifically on tracks like “Kilmersdon” and “Ron Millonario,” which have darkstep bases with the basslines and drums but it’s clear they’ve been done with modern sound design. How did you get that sound with more digital methods and DAWs and what do you think those methods add to the sound?

I always set out to try and make my tracks sound like they are being played from a vinyl. I’m not into ultra clean mixes, so even if you’re listening to it as an mp3 it has that sound. I generally always run textured layers behind everything: vinyl crackle, tape hiss, the crackling of a log fire, et cetera. I also a love warm hiss on top end frequencies. So for example with the bass on “Kilmerdson,” the patch was made in Predator, but with some messing around with tube and tape distortion, noise generators and reverb you can get it to sound reasonably close to something that’s come out of an analog synth.

This EP is a bit of a departure from what fans may have come to expect of your style. Was that a conscious decision to mix it up or do you see it as an evolution of your style and what you’re interested in?

I don’t think it is that much of a departure to be honest! As mentioned earlier I only really had one main prerequisite before making it, and that was to make it more dance floor-friendly than the last one. I guess I also made a decision not to have a featured vocalist on any of the tracks, which I’ve often done in the past. But all in all this EP is a good reflection of the DnB that I like: deep, dark and soulful.

Can you say anything about upcoming releases? Any more collabs in the near future?

I’ve done a collab EP with Fox and Sam Binga which is coming out in September on Critical which I’m really excited to get out there. I’ve also just finished a track with Emperor that should be on Critical later in the year.

Are you touring the festivals this summer? Any plans to come to the U.S. Soon?

I’ve just got back from Hospitality on the Beach in Croatia which was great! I’m playing at Sequences and Boomtown in the next couple of weeks which are always good fun. I’m actually in the process of renewing my U.S. visa so hopefully will be out soon!

The Gozen EP by Foreign Concept is out now on Critical Music and can be purchased on Beatport and streamed on Spotify or Soundcloud. Other purchase options can also be found on the Critical website.