Artists are getting paid more than ever for their work, but the reality is that it’s still a very paltry sum. According to a new report published by Citigroup, only 12% of the $43 billion generated by the music industry in 2017 was delivered to artists for their work. This is a significant increase from just 7% in 2000, but it’s still not enough.

The report reveals that the bulk of the money is going to the middlemen: tech companies, radio stations, and record labels.

It also reveals that artists have turned to live performances more than streaming as their main source of income, preparing massive, month-long tours that keep them on the road and playing gigs. We’ve seen repeatedly this year that artists have come out to criticize this model of earning as it has the potential to be detrimental to mental health.

The Music Modernization Act could potentially help, as well, but it will ultimately require a massive shift in policy and regulations to fairly distribute revenue throughout the music industry. 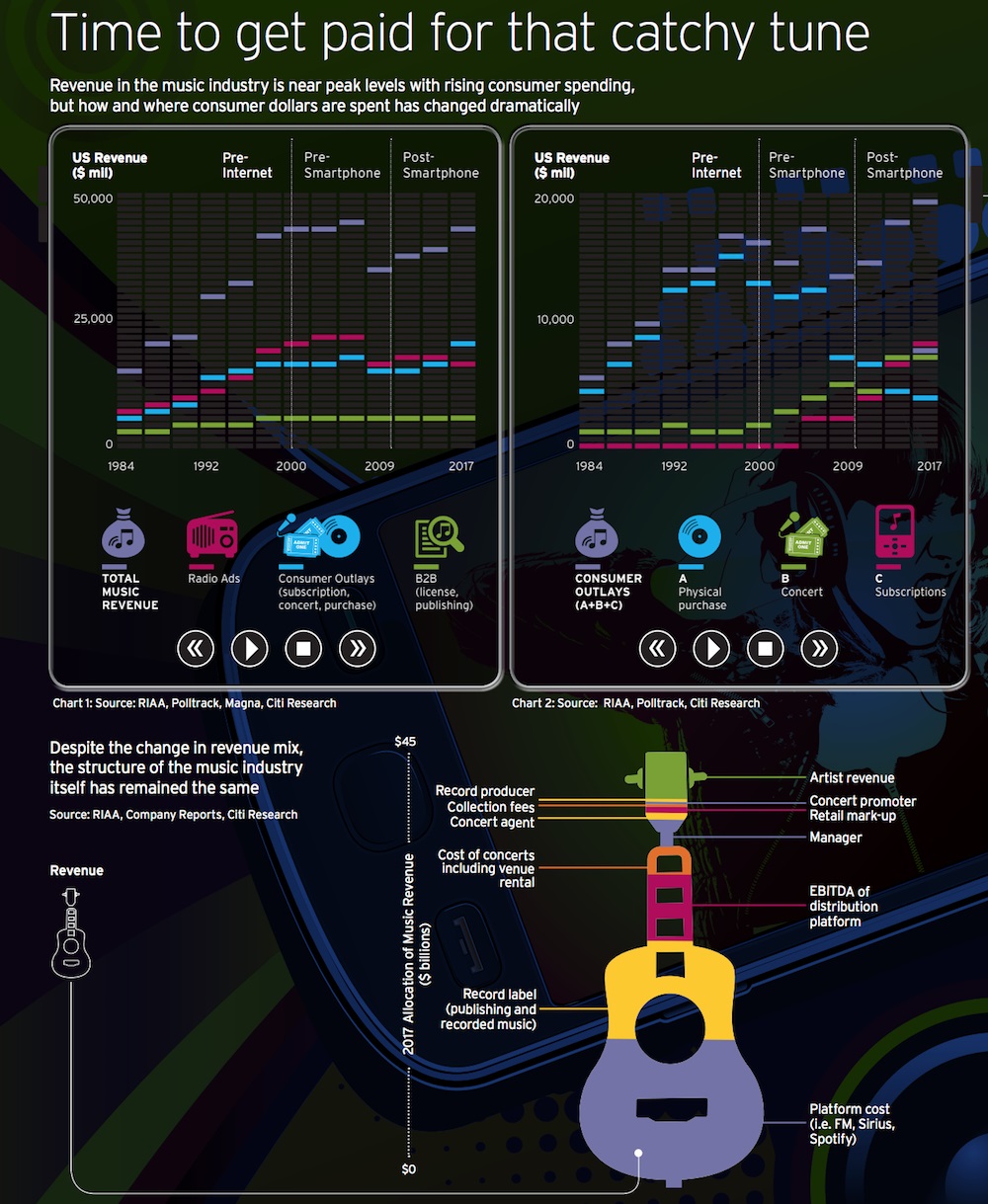