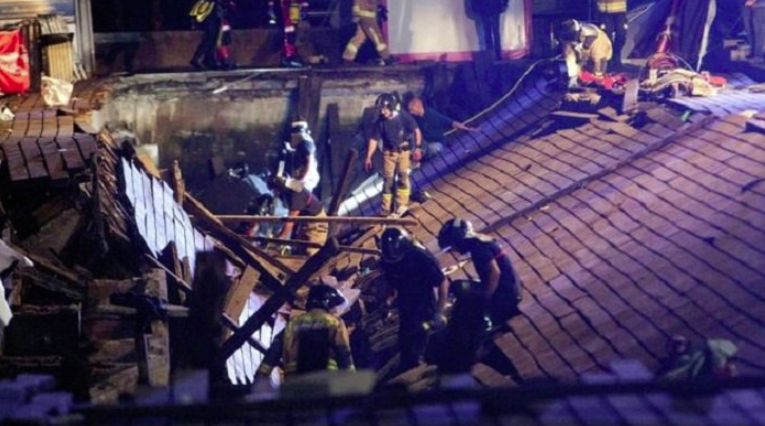 The importance of proper festival staging construction can never be understated, as proved by O Marisquiño, a music festival held in Vigo, Spain on Sunday.

A platform in front of a stage with rapper Rels B performing collapsed on Sunday under the weight of attendees, causing several hundred people to become injured. Thankfully, there were few major injuries. According to BBC News, there were only 5 hospitalizations for things like broken bones and “some head injuries,” while the rest sustained mostly light bruising.

Divers were also reportedly called in to make sure no one was trapped beneath the platform, as the event was being held over the Ría de Vigo, a natural estuary.

“The floor [of the platform] dropped like a lift. It was a matter of five seconds,”Aitana Alonso told a local newspaper . “It broke and we all fell. People fell on me. I had trouble getting out. I was trying to get out and skidded, my foot got stuck, in the water. I got it out. A boy gave me his hand and I got out. I felt paralysed and [then] I left. There was a girl with blood on her head.”

Teams are still investigating the reason behind the platform’s collapse.