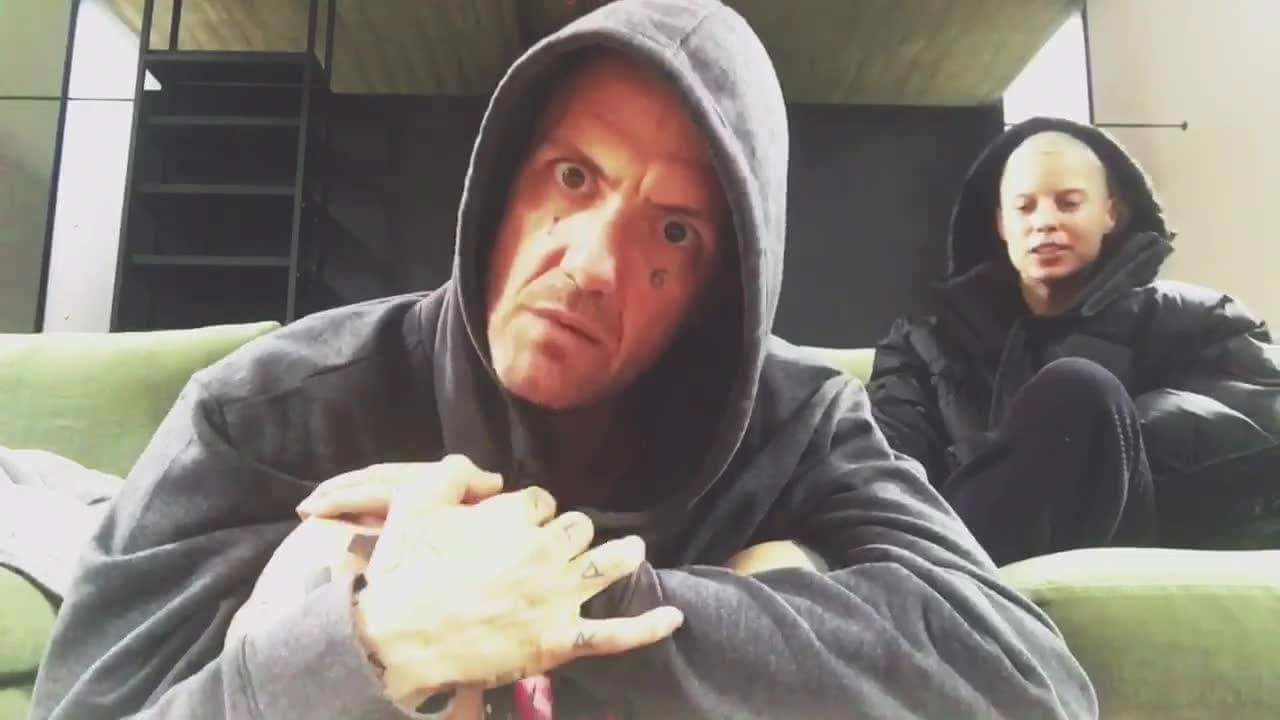 Eminem left no one untouched on his latest album Kamikaze, which seemed to target all of his old beefs in one glorious 45-minute album. There were 20 distinct targets on Kamikaze, including a revived beef with South African hip hop/dance duo Die Antwoord.

The two got into some beef in 2017 when Eminem referenced the duo on “Untouchable” off Revival, saying, “I’d rather hear ‘em say “Die N-word” than Die Antwoord / Ninja, now it’s better disguised banter.”

Die Antwoord responded with a video explaining how to properly pronounce their name, with what seemed like a really softball diss at Em thrown in for good measure. For all intents and purposes, that was the extend of the beef until now.

I know there’s people that are pissed about the way I misprounouced a name, “DIE ANTWOORD!”
Fuck, I still can’t say this shit, but how quickly they forget
Who the fuck I was now Ninja try to duck my slugs
To let ya girl get fucked by Muggs
I’d like to give a shout to Cypress
This can’t be real, you dissed me and I was just tryin’ to
Give you a shout—now get the fuck out my rhyme book!

Mark this down as one of the most random beefs of 2018, but Die Antwoord has a (entirely sarcastic) response to Em which you can watch below.