It’s hard to describe the feeling of finding a home you didn’t know you were missing. Walking into Lost Lands for the first time this past weekend, that was the feeling I was faced with, and I felt a flurry of emotions almost simultaneously: bewilderment, excitement, confusion, safety… belonging. Even at 1 o’clock in the afternoon on the first day, people were headbanging furiously to Wooli and Modestep and they didn’t stop until the festival ended at midnight on Sunday. To say that there was a cohesive energy throughout the weekend would be a terrible understatement.

That energy extended to all corners of the festival, from backstage at the artist lounge to the very front of the rails at the Prehistoric Paradox stage to the very ends of the Wompy Woods stage. You could walk anywhere and be greeted by various different combinations of costumed attendees or prehistoric actors – who, by the way, were far more into character than you’d ever expect.

And while the main stage was surely the place you could find Excision, Illenium, Zomboy, Rusko, Doctor P & Flux Pavilion, it was the Wompy Woods that stole the hearts of the crowd. 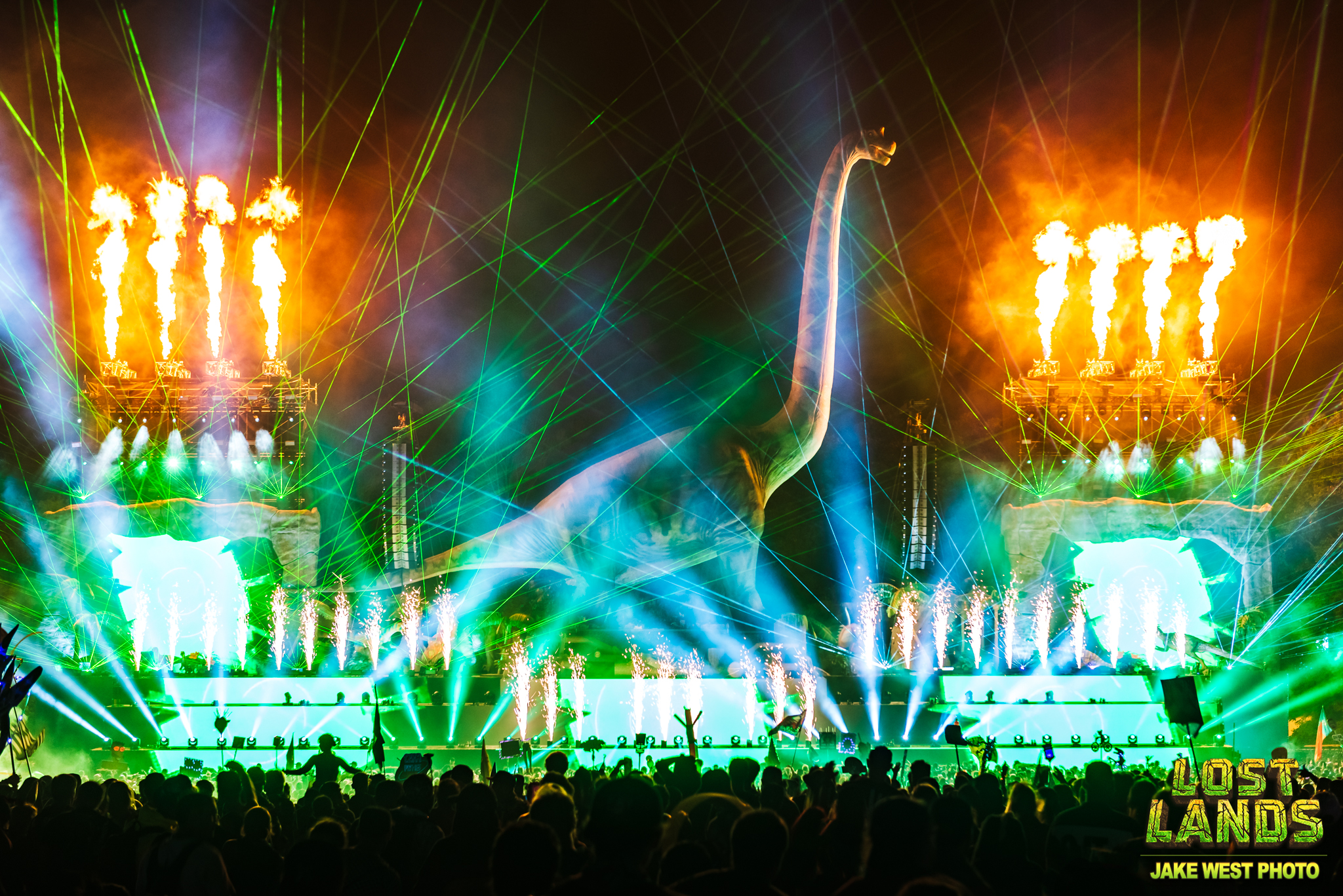 The brontosaurus which had been over by the main stage last year was moved atop the Wompy Woods stage for an absolutely breathtaking effect (standing under it while on stage was equally incredible). The length of the stage was staggered with LED panels while four pyro cannons were placed atop the large LED screens on each side of the stage. The entire set up was worthy of the most well-established festivals and everyone in the crowd knew it.

This stage played host to a variety of artists, some just as big as the ones on the main stage. Highlights of the festival were created by the likes of Nero, Black Tiger Sex Machine, Rezz, Snails, Sullivan King, NGHTMRE b2b Slander, and more.

However, that’s not to say that the main stage wasn’t equally ridiculous. The high-quality LED panels that made Excision’s touring Paradox stage so special were on full display all weekend for all artists and those who made full use of it were rewarded by raucous energy from the crowd.

Rusko and Illenium, among others, and of course Excision, used the full scope of the visuals available to them on the big screen to dazzling effect. The high caliber of visuals and imagery pushed forth on that absolutely massive stage was awe-inspiring and only added to the already-powerful bass rattling everyone’s bones. 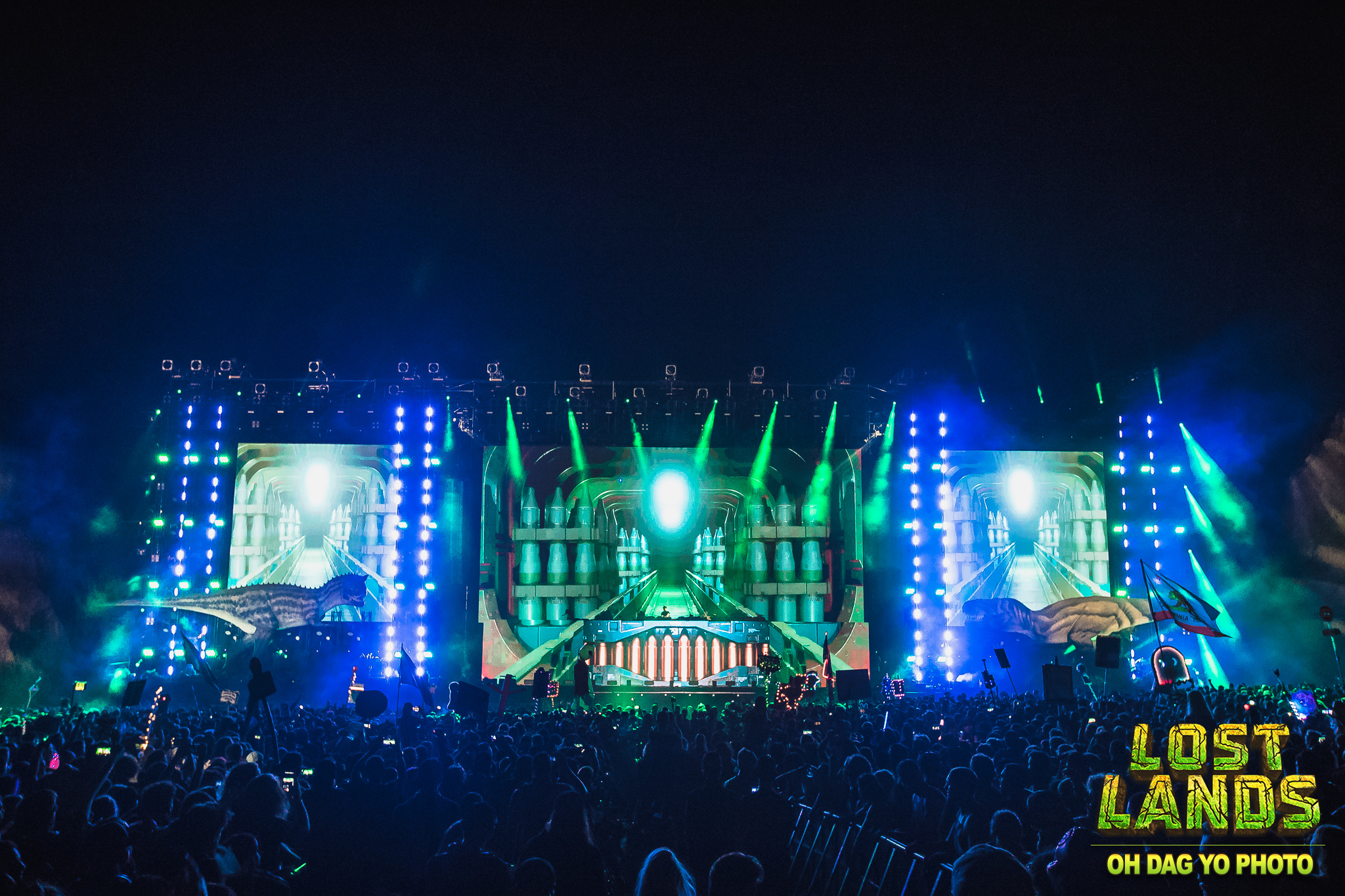 And then there were the sound camps after everything at the main festival had closed down. Though the walk was tough after being on our feet all day, the fact that it was directly adjacent to camping meant anyone could rest their feet and refuel if needed. And once you arrived at the camps, there were plenty of options to choose from.

The set up, six stages side by side separated by shipping containers, was unique to say the least. But, it worked brilliantly. Being able to walk from one stage to the next, never knowing what spectacular back-to-back set could await you around the corner was the icing on the cake. Excision’s Executioner 2.0 was center with sponsored and featured stages surrounding it, each with their own unique identity and vibe.

Though, perhaps the best part about Lost Lands wasn’t the music or the stages, but the organization and the people. There’s been a lot said about Lost Lands this past week with regards to two confirmed deaths and reports of fentanyl-laced drugs on-site, but from top to bottom, Excision and his team ran this festival to the absolute best of their abilities. It’s impossible to be everywhere at once, but everything that I saw made me confident in the staff’s ability to handle anything that came their way.

To conclude, I want to go back to what I mentioned in the beginning about the feeling of belonging, and this article’s title referencing a “mecca” for bass heads. None of that is hyperbole. The moment I stepped foot onto the main festival grounds, I felt at home. Everyone was there for the exact same thing – and while the same might be said of PLUR festivals like EDC or… does another PLUR festival even exist anymore?… it doesn’t stack up in the slightest.

Lost Lands is a funny name for a place where everyone feels at home.