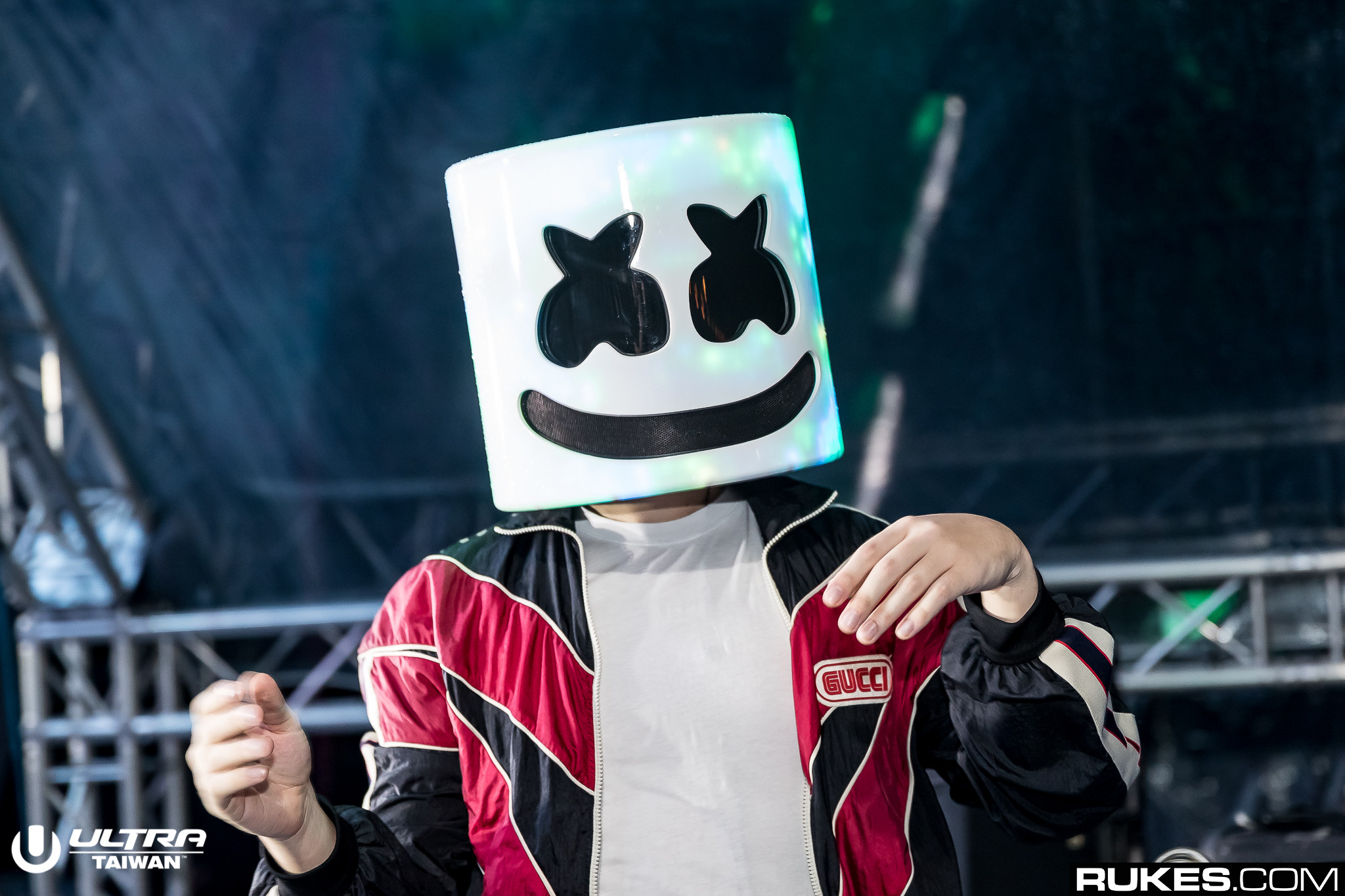 While it’s no secret who Marshmello really is, his commitment to the Marshmello character continues to engage fans. In a new video from GQ‘s video series Actually Me, Marshmello adds another layer to his mystery: social media accounts.

In the Actually Me video, Marshmello masquerades….as himself…to answer fan questions on Twitter, Reddit, Instagram and even Wikipedia. All of his accounts are named after himself, but as we all know from going on the Internet, you can never trust anyone. Still, the video shows the helmeted producer answering several pressing questions. He reveals he wears in-ear headphones underneath when performing live, that it gets hot under his helmet (but he’s a marshmallow so it’s OK…) and the inspiration behind the hit track “Alone.”

Marshmello doesn’t actually speak in the video; a computerized voice gives his answers. It’s a cute workaround to build upon his Marshmello persona, and gives him the chance to pantomime to his heart’s content. The video makes another great addition to the Actually Me video series, which gives celebrities the chance to interact with unknowing fans. Marshmello joins Noel Gallagher, 50 Cent, Cardi B and Post Malone as musical guests on the program.

Watch Marshmello’s entry to the Actually Me video series below:

DJ marshmello goes undercover on the Internet and responds to real comments.