I still remember seeing Whipped Cream for the first time at HARD Summer 2017 at the Green Tent, packed to the brim at 12:30 in the afternoon. At that moment, I knew she’d be something big. Now, having performed over 50+ shows this year thus far, including festival performances at HARD Summer, Shambhala, Audiotistic, Electric Zoo and more, she’s proven beyond a shadow of a doubt why we chose to also include her in our Artists To Watch in 2018 list.

It’s been nine months since Whipped Cream’s last original song, but it’s been worth the wait. Before kicking off her Fall/Winter tour with more headline performances throughout the US, a Canada tour, and a special co-headline run with a fellow DJ & Producer TBA, she has released “BLOOD” via Deadbeats.

“BLOOD” is everything we’ve come to love about Whipped Cream and more, as she sports a newly polished production style and reinvigorated passion for sound. It’s dark and malevolent, a trend we’ve seen appear heavily in 2018, though she of course imparts her own flavor on it.

“This is my first original record in 9 months that I will be sharing. I took the last 9 months, to properly project what goes on inside my mind and put it into my music and I’m really happy I did that as I grew a lot more into my higher self. I have always been inspired by world sound and cinematic sound. Blood is a perfect blend of both yet also maintains an energy the human body will move to. Im really happy to start this next chapter with this song and finish this year off with more of my new music, each of which tells their own story.  WHIPPED CREAM SZN is officially here” – C

Listen to “BLOOD” below!

Catch Whipped Cream on tour on the dates below. 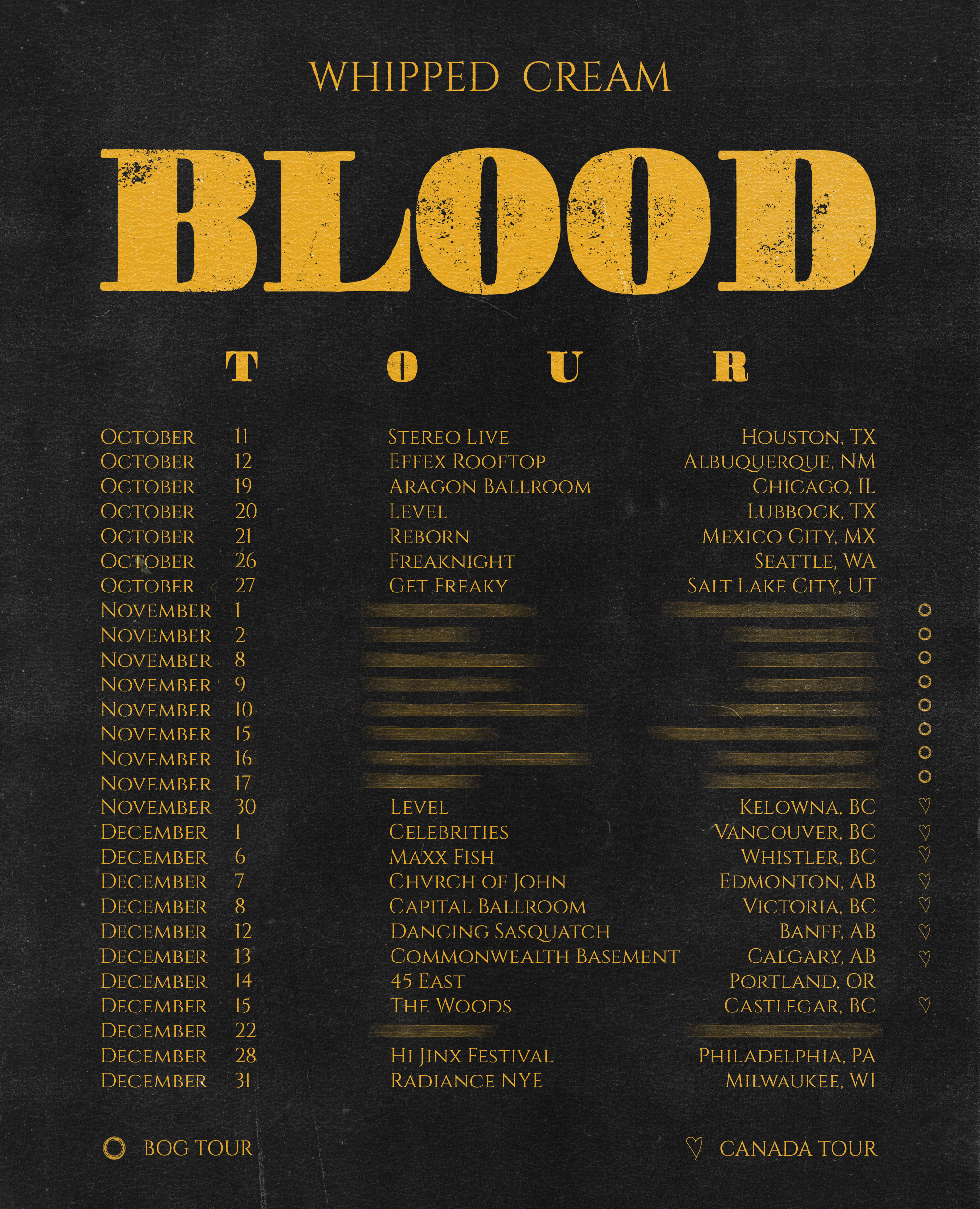