It seems that Ganz’s current classification in EDM and bass music as a dubstep producer is a bit of a misnomer. With the Amsterdam-based artist hitching his wagon quite firmly to Dim Mak of late and with heavy, distorted bass and slower tempos being a feature of most of his releases, it’s understandable that some would classify him thus. Ganz himself seems to reject this idea and identifies more with hip hop but just in case there was any confusion, his new EP Skin In The Game out now on Dim Mak does a pretty good job of clearing up and misconception.

Possibly Ganz’s best release to date, Skin In the Game is about as far outside of dubstep as you can get while still staying relatively close to the EDM sphere. Its synths are a ravey pop of color among bass-heavy beat structures which are quite clearly derived from hip hop. It’s steppy, funky and emotive all at once and could easily cross over not only to hip hop but to indie electronica, so widely appealing are tracks like “Let’s Fly Away” feat. Luna May.

As he’s seemingly in a big of a crossroads musically, continuing to work with Dim Mak (he was just featured on a Keys N Krates remix album, remixing their track “Flute Loop) but branching out into exciting new sound profiles, Your EDM decided now was a good time to hit the versatile producer with some questions and find out how he feels about his style, where he’s going next and how he makes those goosebump-inducing synths. Here’s Ganz:

How did you hook up with Dim Mak on this EP?

I was following the label for years and was always a big fan of Keys N Krates and Aoki’s stuff so we decided to have a chat with Dim Mak. I thought it might be a cool label to join forces with and after a bit we happily signed this EP with them.

A lot of fans associate you with dubstep, but Skin in the Game has a lot of hip hop vibes as well. What influences you about both genres?

To be honest I’m not really inspired by or see myself as a dubstep dude. The whole EP is more hip hop, because that’s what I started with back in the day. I always wanted to put hip hop elements in it because it’s still my fave genre.

How is it to create that fusion sound in terms of the bass-heavy hip hop vibe?

It’s really cool, because you can go all the way and as long I feel the vibe in it, it works fine for me. That’s why the whole EP is a bit complex sometimes but it’s all linear and every track is following up the next one.

How did you come to work with Luna May and CUT_ on those vocal tracks?  Did you send them beats and have them do vocals or did you build the tracks around their vox?

I hooked up with CUT_ at the Red Bull studios in Amsterdam where we recorded that track. I was already a big fan of them and felt like we needed so combine those two sounds together. With Luna May I did the track while touring in Australia last year. We sat down together, had some food and I think we finished that track that day as well.

The title track on this EP has a lot of different styles and a lot of complex syncopation but it’s still definitely a fun dancefloor track. How did you get all those parts to work and still make it fun?

Working on that beat reminded me a bit of some Neptunes and old Missy Elliot or Timbaland stuff. After that I met up with the vocalist at the Sony ATV studio in Sydney and when she heard it the first time, she had the lyrics already done after 10 minutes. 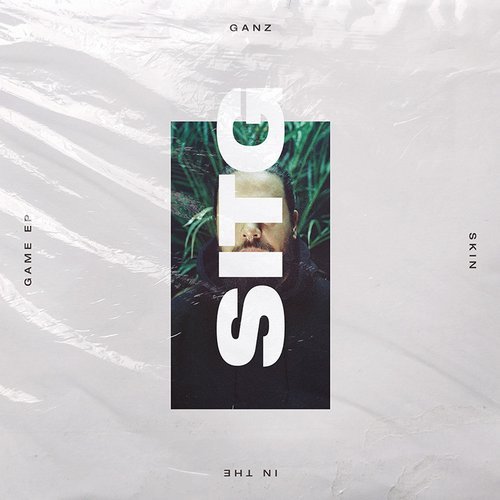 Was there a theme or vibe you were trying to create with this EP?

I wanted to take some old Ganz along with some new Ganz sauces and try to blend them together. Which worked out for me because for example, “I’ll Be Gone” could’ve been on my first Purple Cwtch EP as well.

What do you enjoy about the style of synths you made on this EP? Any new techniques or programs you were messing around with there?

Everything was made with Serum, Massive, Synplant and Spire. Those are all different synthesis and can create beautiful sounds, even just in solo. For example, what I did with “Playing With Fire” was just a few Synplant tracks and heaps and heaps of resampling.

You’ve got a new remix coming out of Keys N Krates’ track “Flute Loop” on their new remix album on Dim Mak. How did you come to be involved in that one?

I’ve known the guys for a few years now and joined them on their west coast bus tour, so after that we kept in contact and if some of us was around we hooked up. After that, I got the question to do a remix and that was a 100% yes for me.

Any other new tracks coming out that you can talk about?

Not really. I’m just about to finish a new EP, so hopefully I can tell more about that later. Also, I just made this mix for Annie Nightingale’s show on BBC Radio 1 & 1Xtra with heaps of exclusives, airing in October.

Any plans to tour or do any shows in the near future?

I’m coming back to the USA in a month. Stay tuned for dates!

Skin In the Game is out now on Dim Mak records, as is Ganz’s remix of the Keys N Krates track “Flute Loops.” Check them both out on Beatport, Spotify or Soundcloud.