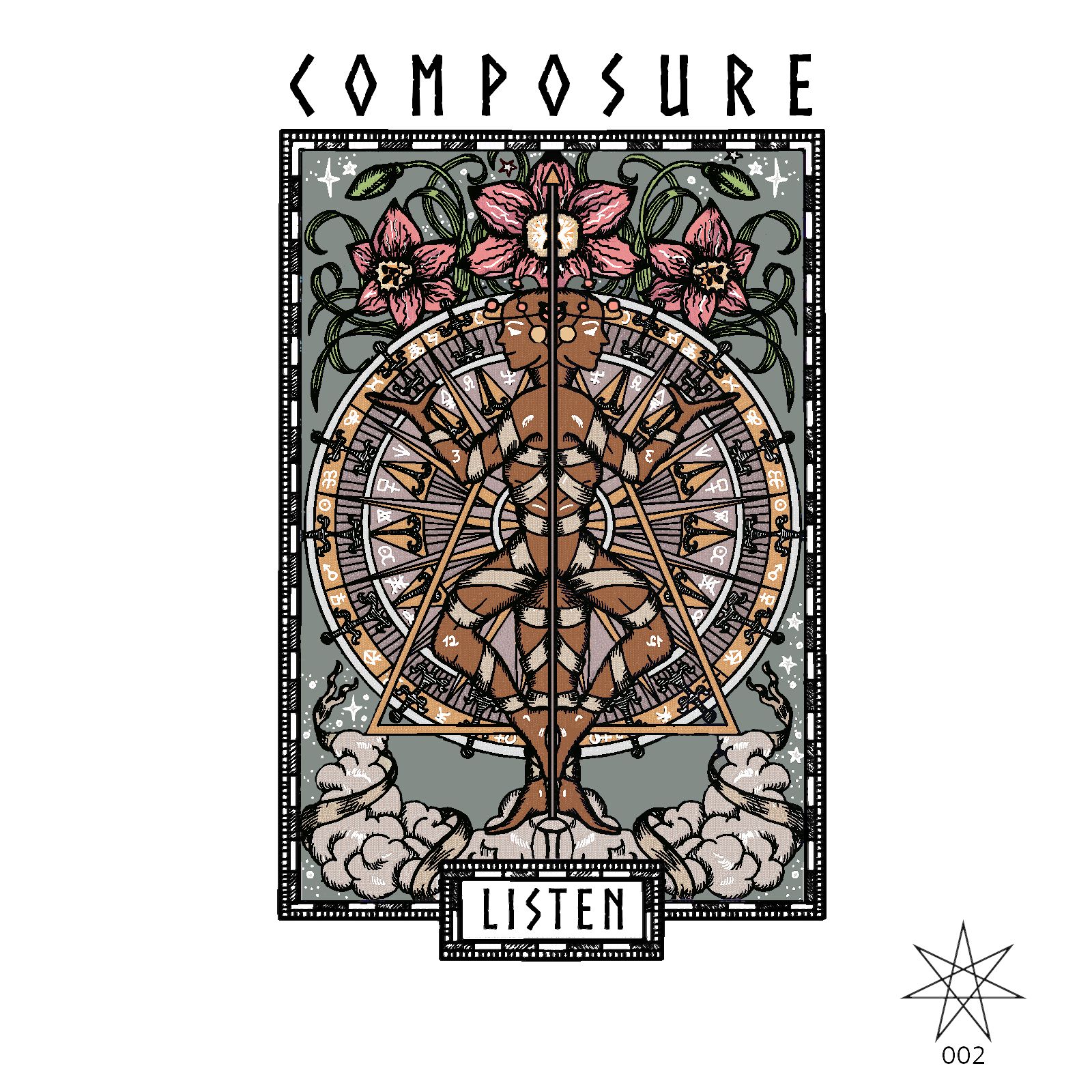 The cool thing about Divination Recordings, the brand-new LA-based label started by Viper/Bassrush compilation artist Theatrix  and his wife last month, is that they’re also looking to discover brand-new artists, both locally and abroad. With their first release “With Me” featuring Franny B now out worldwide, Divination has turned to its first new artist, Composure. His debut single “Listen” is out November 7 and the label has definitely hit it on the head in terms of bringing forward a bright new talent. Your EDM was lucky enough to get the exclusive premiere.

With a heavy, clean bassline and a classic snare-based drum track, “Listen” is already on good footing , but what makes it surprising that Composure hasn’t been discovered yet is his expertise in working with the melodic and sound design elements in the track. The placement of the vocal track, the melodic elements and the way he uses the ambient space are all quite advanced.

The vocal track fades in as part of the opening and bridges the breaks in a really cool, old school way that makes this track feel quite ravey. The melody in the synths was done with some sort of sine wave manipulation as well. Rather than just being layered on top of the drums and each other, the vox and melody seem to wind around each other with their respective waves, occupying the empty space in the track in a way that we don’t often see anymore in DnB. While steppy and highly danceable, this track also has a soothing, ambient almost shoegazey quality to it.

It’s clear that Composure has studied the old masters and also probably spent a lot of time honing his techinque for this track so that he could get a true DnB groove to “Listen” but also make something new, different and modern. This artist is definitely one to watch in future, and if this is Divination’s first pick for new artists on their imprint, they will be more than one to watch; they’ll be one to follow.

“Listen” is out November 7 worldwide. Keep an eye on Soundcloud and Beatport for the pre-sale links, available November 1. For more information about Divination, check out our interview with Theatrix by Shane Armijo here.