Insomniac Celebrates Halloween with the Biggest Escape Yet [Event Review]

Another year, another Halloween in the books. This past weekend, Insomniac successfully put on the eighth edition of their Southern California Halloween Massive, Escape: Psycho Circus. This year’s edition was the biggest yet as 125,000 headliners descended upon the NOS Events Center in San Bernardino over the Halloween weekend. The festive and costumed headliners were treated to four incredible stages, world class production, a fully immersive Halloween experience, and top notch performances from luminary acts such as Martin Garrix, Eric Prydz, KSHMR, W&W, Kaskade, Alan Walker, Yellow Claw and many more.

This year’s edition offered one of the most diverse lineups of the festival to date, and featured many changes to the festival’s normal setup. While the Slaughterhouse maintained it’s place as the main stage underneath the circus tent, Insomniac changed things up from there. The other mega-structure adjacent to Slaughterhouse, which has previously been Ghouls’ Graveyard, changed hands. Insomniac will be bringing Audiotistic back to Southern California in December, and, on Sunday, this just so happened to be the Audiotistic stage. It was a massive structure, and the LED panels brought to mind the front of a spaceship, reminiscent of the stage design in 2016. Although the stage was awesome, I had some issues with the programming. It was the Basscon stage on Friday night and it was the Audiotistic stage Saturday. While Zeds Dead was a fine closing act on Saturday, it was noticeable how much smaller the crowds were there on Friday night than at Slaughterhouse and Ghouls’ Graveyard. I’m sure you don’t need me to tell you that there were more people at Excision than at the hardstyle stage. Nothing major, just a logistical issue.

More than anything else, the stage production and the care and attention to detail that Insomniac puts into the event stand out the most. The lasers at the main stage were producing colors that I did not even know existed on the spectrum. Although the wait was long, the Asylum, Insomniac’s fully immersive haunted house, was well worth it. Not only does the Asylum have all the bells and whistles of say Halloween Horror Nights, it also has a little bit of an edge that you can’t get at other amusement parks. Oh yeah, and you’re put into a straitjacket and have to wear a mask too! I was chased and terrified by asylum-bound clowns through the final maze of the experience. It definitely put me in the Halloween spirit.

Although there was ample food and drink to go around, it was still busy as hell walking around the festival. Overflow crowds at Slaughterhouse and Ghoul’s Graveyard had to settle for watching sets on the mounted screens outside the tents during the late night/early morning hours for a few sets. While VIP at Slaughterhouse was luxurious, spacious, and had all sorts of amenities from free hot cocoa to a hookah-bar. VIP at the Ghoul’s Graveyard and Chopping Block were more just areas that were away from the main crowd. Probably one of the coolest art installations of the festival was a gigantic flaming medusa head at the northeast end of the lagoon at the venue entrance. 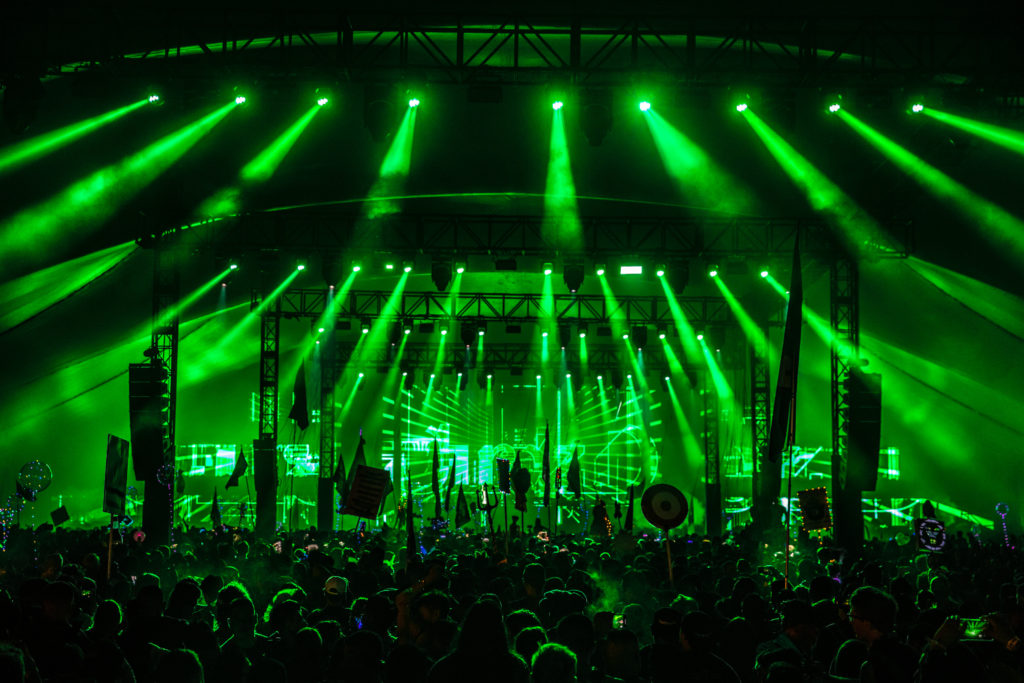 All in all it was another fantastic Halloween weekend put on by Insomniac this year. The event was sold out, so it’s clear that people want to party for Halloween. The lineup was also very strong this year as well. Let’s hand out some quick grades!

Insomniac will return to Southern California to ring in the new year for Countdown. If the Insomniac socials are right, we are about to make contact with Aliens! Happy Halloween everyone. 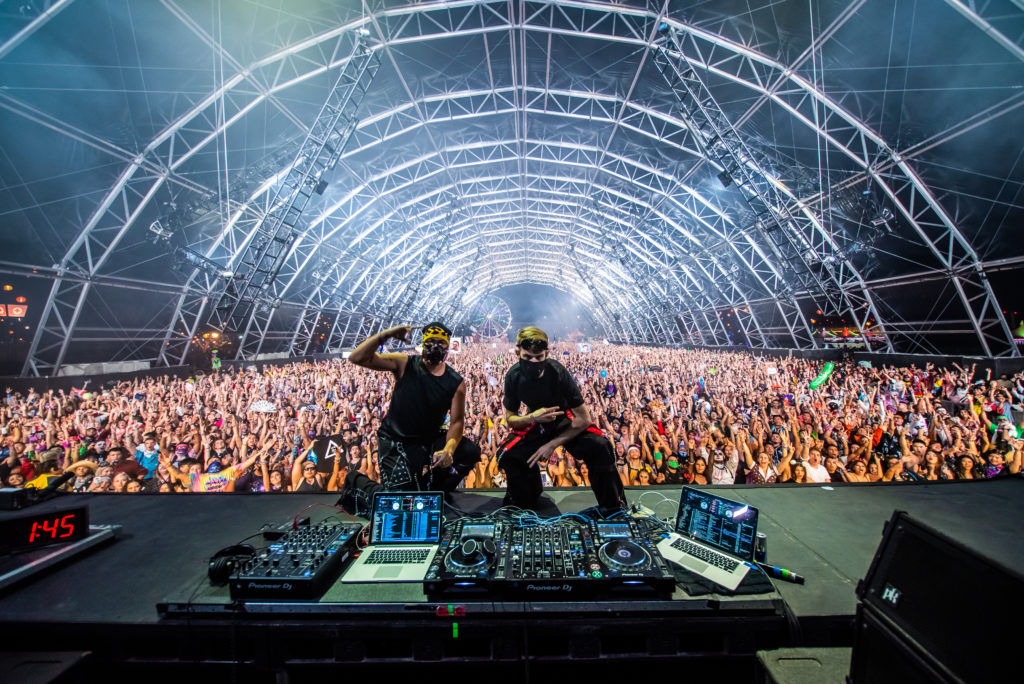 The Glitch Mob, Mako, & The Word Alive Perform At The League of Legends Championship 2018

I am a Los Angeles native and lover of all things electro. You can find me in the middle of the crowd at the nearest festival. Hit me up on Twitter @Mark Fabrick IG @farkmabrick or follow me on Snapchat @markfabrick for awesome videos of shows, me driving, and my pug, Maple.