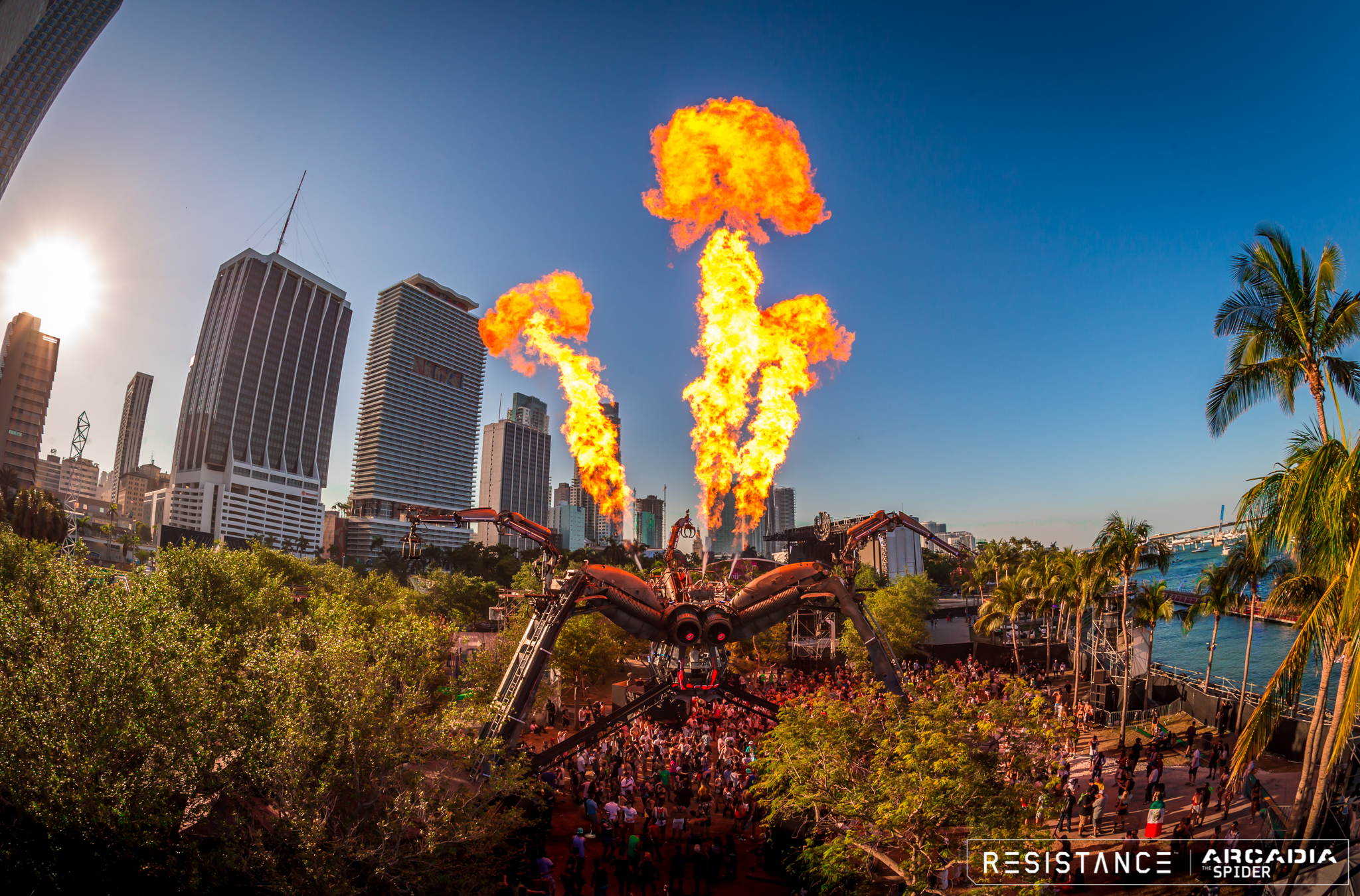 Ultra Music Festival dropped its Phase 1 lineup yesterday and it’s pretty damn stellar. With acts like Rezz and Zeds Dead making their main stage debuts, and Illenium and Griz making their Ultra Miami debuts, plus so many more acts still to be announced, there’s a lot to look forward to.

This is a far cry from the eight stages in Bayfront Park, but what’s more interesting is actually what’s missing… Arcadia. Arcadia, for those unaware, is the brand that brings the large Arcadia Spider to Ultra Music Festival. It’s been one of the main attractions of the festival for years, but is it possible it’s not returning in 2019?

Buried in the lineup announcement, and not seen anywhere else but on the Resistance website, is this little bit of information: “This year RESISTANCE will be hosted on its very own island in the Historic Virginia Key Beach Park, as it takes on a larger role than ever within the festival.”

Looking at satellite imagery, it’s tough to discern which island could host all of Resistance, but it seems clear that Ultra has new plans for the brand that don’t include Arcadia.

This is definitely a sad moment, but knowing Ultra, they probably have something very special planned in its stead. A representative for Ultra had no comment at time of publishing.