Heavy metal and EDM fans get the most lit at shows, according to research.

Most likely to be intoxicated during an event — EDM fans. In fact, EDM shows up in the top three for all the drugs studied here: alcohol, marijuana, MDMA, hallucinogens, cocaine, and opioids (except for benzodiazepines).

Drug use is most common among heavy metal and EDM fans, but the reasonings differ drastically. According to the research, 41% of heavy metal fans say they use drugs at shows to reduce social anxiety. Meanwhile, EDM fans are split between using drugs to increase energy, enjoy the show more, and/or to connect with the artist on stage.

Unsurprisingly, MDMA is much more common at EDM shows (25.6%) than at either of the other top genres that dabble with the substance. Reggae comes in at 4.8% and indie rock at 3.0%.

Keep in mind — this survey only collected information from 976 people, so the sample size isn’t quite representative. But, you get the idea.

See just some of the results below from DrugAbuse.com (via Metal Injection).

This might be a good time to add, you don’t need to use drugs and alcohol to have a good time. 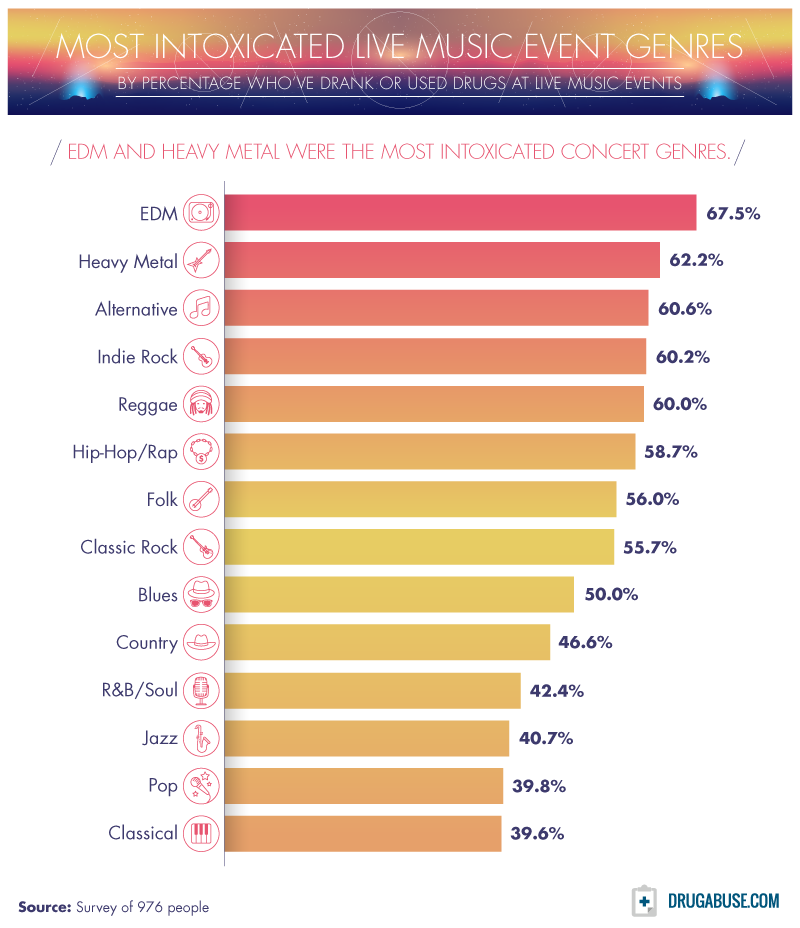 Most Popular Live Music For Alcohol or Drug Use 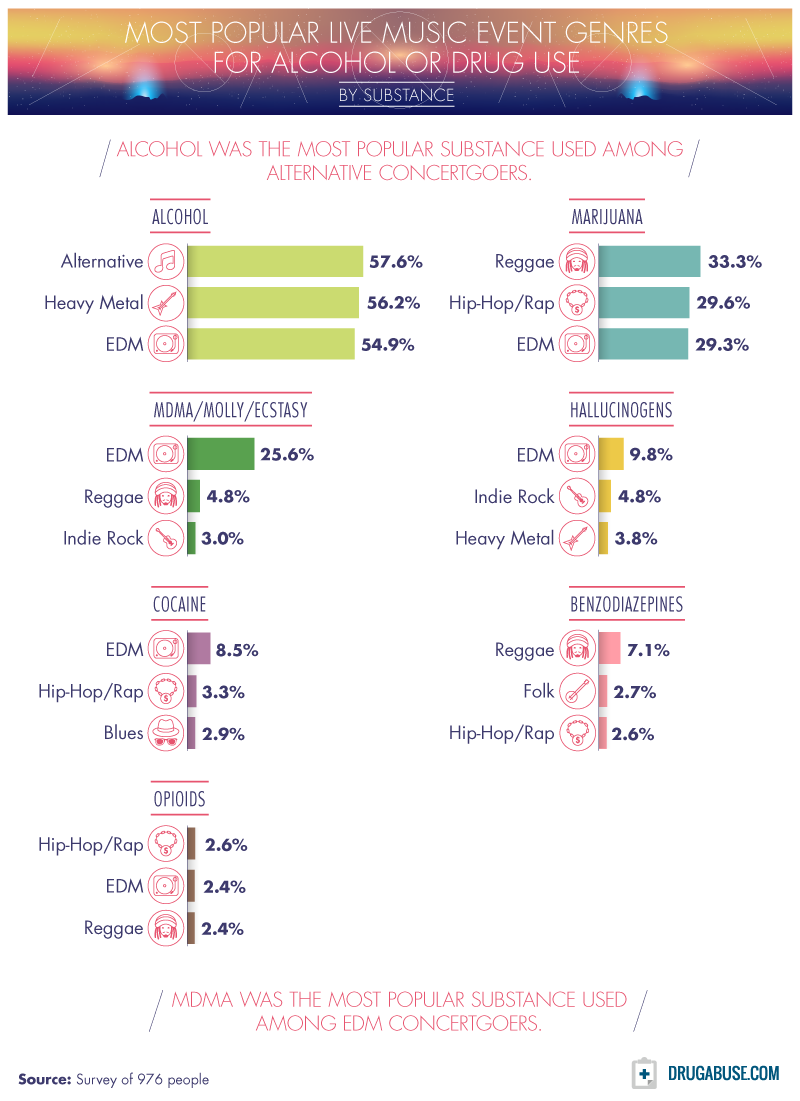