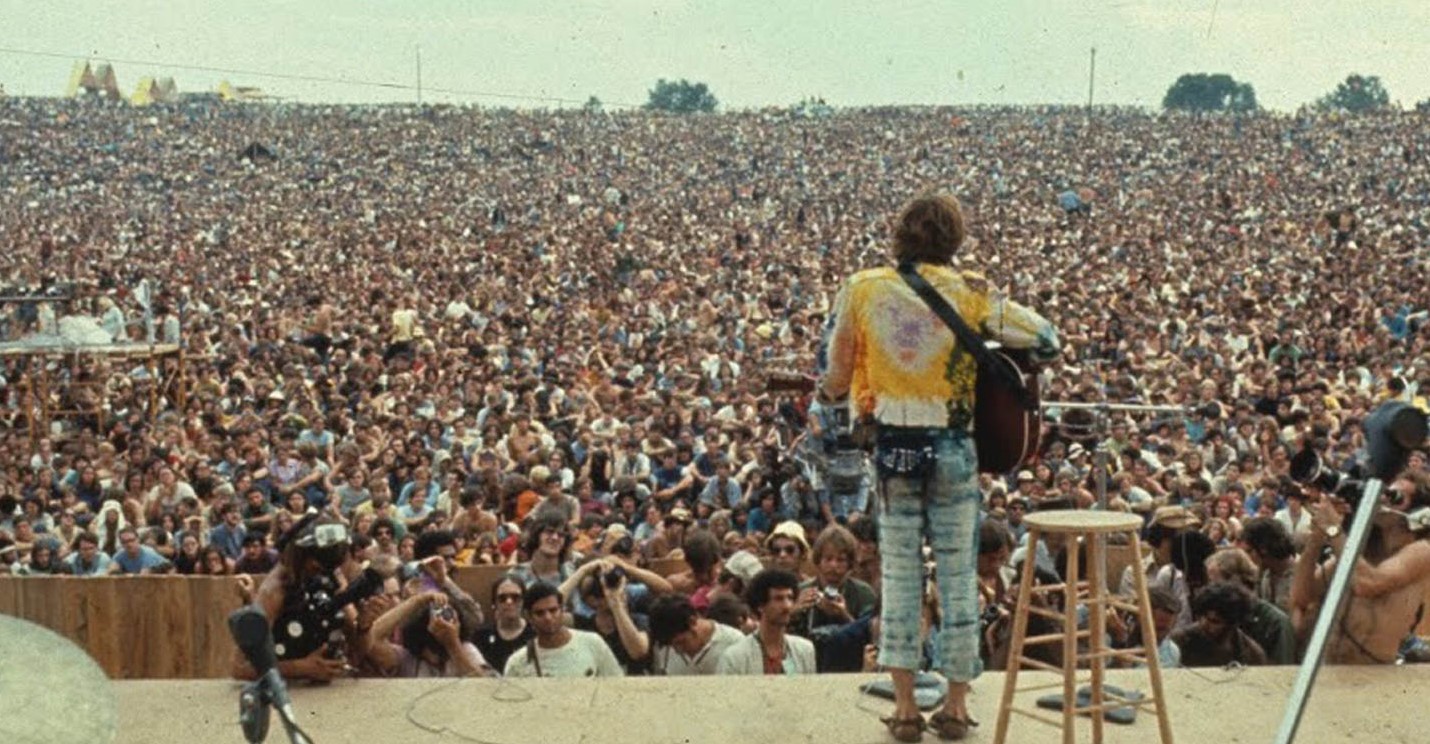 The Bethel Woods Music and Culture Festival is being called Woodstock’s 50th anniversary festival by most of the media as it will occur on the site of the original Woodstock fifty years ago, however, the festival is actually in no way affiliated with Woodstock Ventures, LLC. That company is still owned by Michael Lang, producer and co-creator of the original Woodstock Festival in 1969, and he just revealed details of the “real” 50th anniversary festival in 2019.

It will take place August 16th-18th in nearby Watkins Glen, New York. And it will actually be called Woodstock.

Lang is keeping a lot of the other details close to the chest, but he did reveal some new information to Rolling Stone.

“It’ll be an eclectic bill,” Lang says. “It’ll be hip-hop and rock and some pop and some of the legacy bands from the original festival.

“Having contemporary artists interpret that music would be a really interesting and exciting idea. We’re also looking for unique collaborations, maybe some reunions and a lot of new and up-and-coming talent.”

We can expect a mix a new and old groups, as well as some tributes to original acts in 1969 like Janis Joplin, the Band, Jefferson Airplane and Joe Cocker. Over 40 acts have reportedly already been booked.

“I want it to be multi-generational,” he says. “Woodstock ’94 was a nice mix of young and old and that’s kind of what we’re going for here.”

He admits that Woodstock ’99 was “just a musical experience with no social significance,” and that needs to change. For the 50th anniversary, nothing is being left off the table.

“There will be ‘glamping’ tents and stuff like that,” he says. “There will be those types of experiences in various forms where there’s a real bed, and there’s a chair to sit in and a light bulb. There will also easier access to portable toilets.”

The porta-potties were a major issue at previous Woodstock events, but Lang is committed to making this a landmark event, and that means covering all bases, including public restrooms.

“[Bethel Woods Center for the Arts are] good stewards of the original site and they built a beautiful performing arts pavilion,” says Lang. “But it’s a 15,000-seat shed. That’s not a Woodstock.”

Lang isn’t stuck in the past — he’s looking to the future and acknowledges that the capacity of Woodstock’s original location just cannot sustain the very real interest that a 50th anniversary festival would draw.

“I looked everywhere because I needed 1,000 acres of clear land with access and infrastructure. Frankly, we weren’t finding it. We had talked about Watkins Glen over the years and I decided on a whim to look at it since having it at a racetrack didn’t appeal to me. But when I looked, I knew it was the perfect facility for what we had in mind. It was reminiscent to me of finding Max [Yasgur]’s field.”

Woodstock’s 50th anniversary will tout the same cultural and political activism as the original festival in 1969, at least that’s what Lang hopes. He will invite various NGOs to come and speak to attendees about how to get involved.

“Things on the planet are critical at this point, especially when it comes to global warming,” says Lang. “Everyone has a stake and ignoring it is ridiculous. I really want people to explore how they can get involved. That’s one of my main motivations for doing this.”

Tickets go on sale sometime in February. Keep an eye on this space for more information as it becomes available!