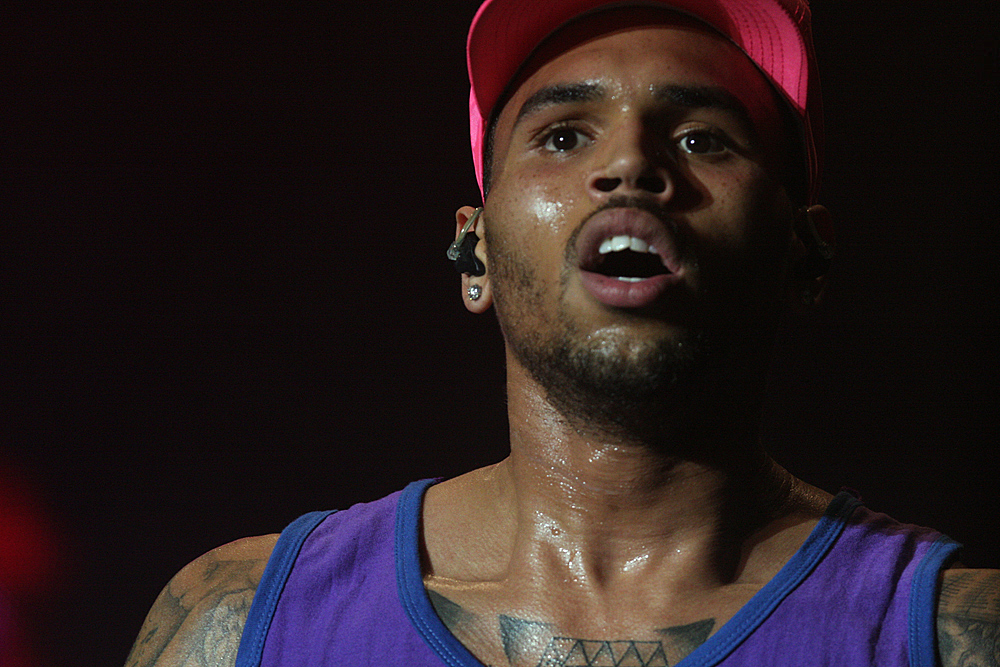 The news of the morning is Chris Brown’s arrest in Paris following an accusation of rape from an unidentified female victim. Brown was arrested by French police on Monday, along with his bodyguard and another man who were said to be involved in the incident.

Now, Brown is responding to the accusation: “This Bitch Lyin’.”

“I WANNA MAKE IT PERFECTLY CLEAR…… THIS IS FALSE AND A WHOLE LOT OF CAP! [sic] NNNNNNNNEEEEEEEEEEVVVVVVVVVVEEEEEERRRRRR!!!!!! FOR MY DAUGHTER AND MY FAMILY THIS IS SO DISPRESPECTFUL [sic] AND IS AGAINST MY CHARACTER AND MORALS!!!!!” – Chris Brown

French magazine Closer, which broke the story, spoke to the victim under a pseudonym as she described the ordeal.

“It’s still too difficult for me to explain in detail what he did, but it was brutal and violent . He was threatening and aggressive. I was very afraid. Once it was over, he opened the door. I told him that I wanted to pick up my cell phone and go home. Chris Brown went to see one of his friends. I thought this person was going to accompany me to the bodyguard for my cell phone, but that’s not what he did.”

She goes on to explain that the bodyguard abused her, as well.

“I am traumatized, I can not overcome what happened to me and resume my habits. It’s horrible, I’m lost.”

A French judicial source says Brown and his cohorts have since been released from custody.

💡 I WANNA MAKE IT PERFECTLY CLEAR…… THIS IS FALSE AND A WHOLE LOT OF CAP! NNNNNNNNEEEEEEEEEEVVVVVVVVVVEEEEEERRRRRR!!!!!! FOR MY DAUGHTER AND MY FAMILY THIS IS SO DISPRESPECTFUL AND IS AGAINST MY CHARACTER AND MORALS!!!!!