The fate of Spring Awakening Music Festival has been hanging in the balance for months now as fans grew inpatient. A few months ago SAMF met an all too familiar fate of their venue being pulled out from under them after the alderman of the 12th ward here in Chicago got wind that the festival had plans to move to Douglas Park, the home of Riot Fest.

Thankfully, the wait is finally over! Spring Awakening has officially announced their new venue Poplar Creek at 59-90 Entertainment District in Hoffman Estates, a northwestern suburb of Chicago. The new 2019 location boasts 27 acres of land, nearly double that of last year’s site, which allows for bigger and better stages, more production, and additional experiential activitions. Complimentary shuttles from nearby Metra stations to the festival grounds will be provided to fest-goers. Additionally, the grounds are less than ten minutes from multiple hotel options, and for the first time in SAMF history, the location will allow for festival parking on site.

While this new venue confirms many people’s suspicions of the festival moving into the suburbs of Chicago, those same people have to understand the difficulties that come along with securing venues and coordinating an event as large as SAMF. This new move will force React Presents to get creative, and, hopefully, is a chance to breathe new life into the event! Plus, along with this much anticipated news we are also lucky enough to get a taste of some of the artists in the same announcement.

The headliners this year boast awesome talent from the likes of DJ Snake, GRiZ, Illenium, Martin Garrix, Rezz, and Zedd taking over the Solstice and Equinox stages. The full lineup, that will showcase more than 90 artists, will come later this week on Friday, March 15th!

Tickets for Spring Awakening are on sale now on their website, snag them while you can! 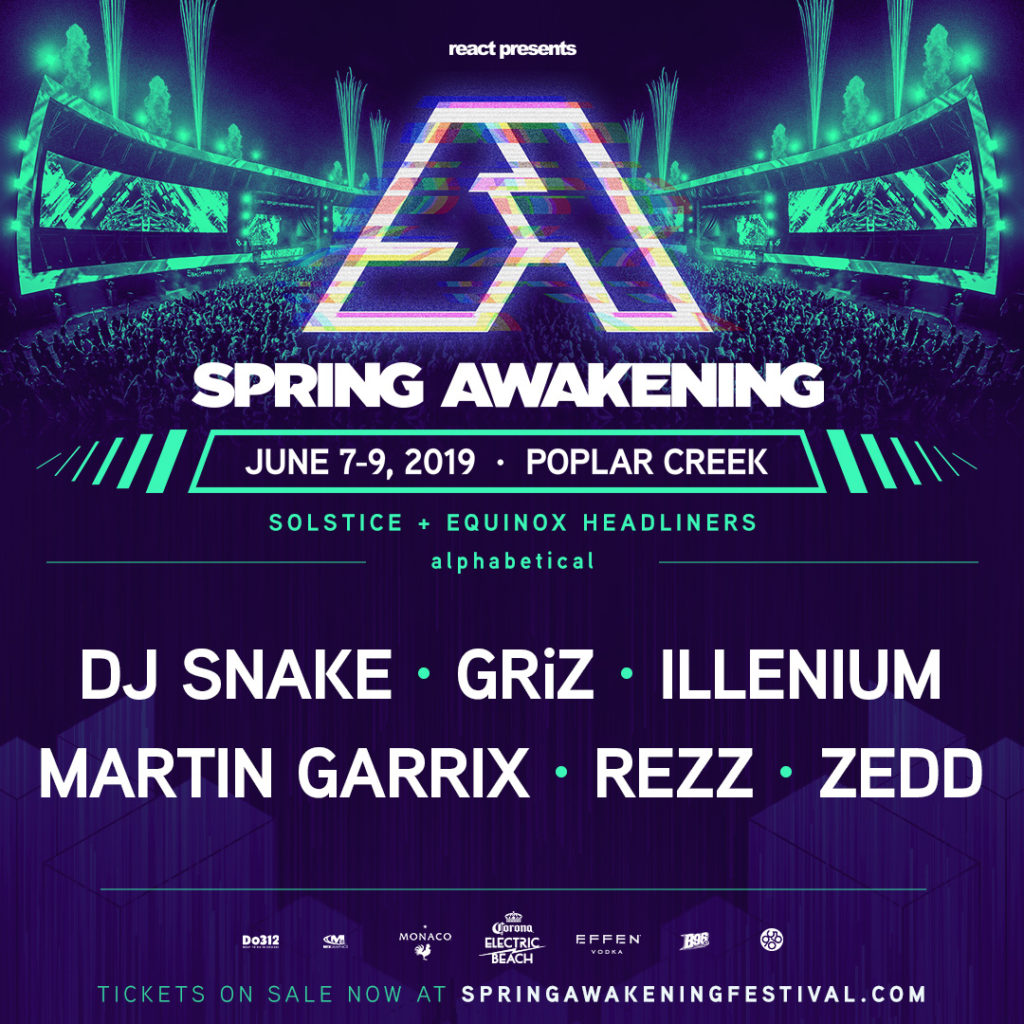 DubVision and Syzz combine forces for “Enlighten Me” [Armada Music]