by Ashlee Burke
in EDM News

When you hear Billie Eilish’s music, EDM is probably not the first genre that comes to mind. This hasn’t stopped the singer’s music from being featured on playlists by Deadmau5 and remixed by the likes of Zeds Dead, Marian Hill, and TroyBoi. Produced entirely by Eilish’s older brother, Finneas O’Connell, in the pair’s childhood bedroom, Eilish’s songs use a lot of electronic elements that EDM fans will resonate with. And the use of unique audio samples (like the dentist drill sample used throughout the song “To Bury a Friend” lifted from a video Eilish took during a dentist appointment) paired with surrealistic music videos lends an almost Rezz-like vibe to the music. Now, weeks ahead of the singer’s debut album, Elish has released a second music video for her single “You Should See Me In A Crown.” The single originally premiered on BBC Radio 1 by Annie Mac on the acclaimed DJ’s eponymous radio show back in July of 2018.

While the original music video for the song is very simple, it is also very fucking scary. Throughout the video, the camera cuts in and out of different frames of Eilish as she bends down and picks up a crown and sets it on her head while staring straight into the camera. Oh, and I forgot to mention, the whole time she does this she is covered with a shit ton of spiders. At one point, a tarantula crawls out of the singer’s mouth to crawl on her face. Given that Eilish has verified that every single spider in the video is real, I don’t recommend viewing it if you are even slightly squeamish around spiders, which makes a second music video for the song almost a necessity for fans of the singer. 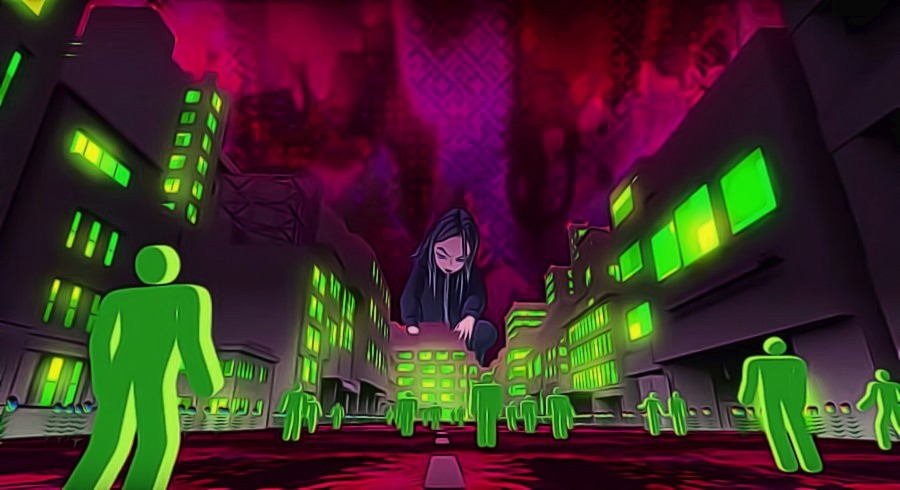 In the new Takashi Murakami version, “You Should See Me in A Crown” begins with an audio sample of a knife being sharpened as a little green vector of a man performs an animated shoulder shrug dance move that Eilish is known for. The singer has named this little man “Blohsh.” As the video zooms out, the Blohsh becomes patterns on the clothing worn by an anime character version of Eilish performing the song exactly as the singer does in her live shows before transforming into a spidren-like character that I grew up reading about in the YA novels of Tamora Pierce. Now an immortal monster with the body of a spider and the head of a human, the video ends with the spidren version of Eilish as she rips a city through an unsuspecting city of Blohsh characters. 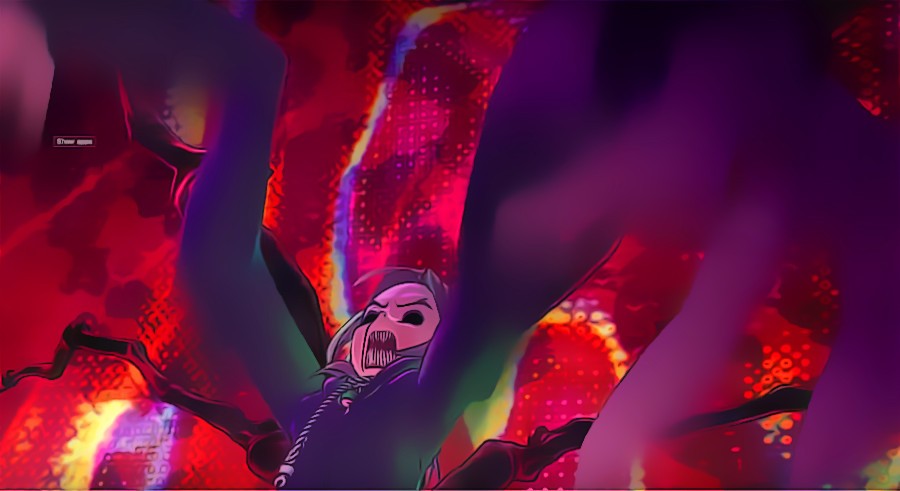 A preview for the new video is located above. The full video is exclusive to Apple Music subscribers.