Attendees at Lollapalooza in Chicago, IL on August 2, 2018

Lollapalooza dropped its 2019 lineup this morning and what a doozy it is. While it shares all of Coachella’s headliners, the four-day festival is able to expand its variety with an extra day and also digs deeper for some serious talent.

In addition to Ariana Grande, Childish Gambino, and Tame Impala, Lollapalooza is also bringing twenty one pilots, The Strokes, Flume, The Chainsmokers, and J Balvin for a seriously diverse and impressive headliner lineup.

Lollapalooza also has Bring Me The Horizon, signaling the return of lead singer Oliver Sykes after he ruptured a vocal chord on tour in February. This, in addition to Death Cab For Cutie, Maggie Rogers, Fitz And The Tantrums, Hozier, Tenacious D, and more.

Tickets are on sale now — check out the official Spotify playlist for the festival here. 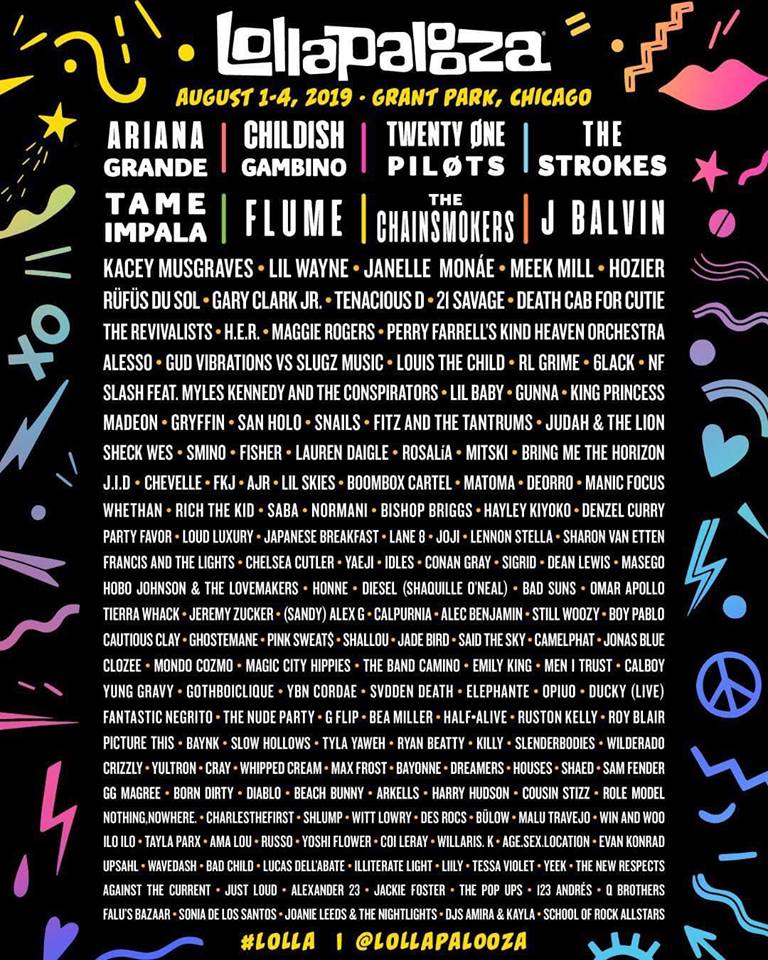