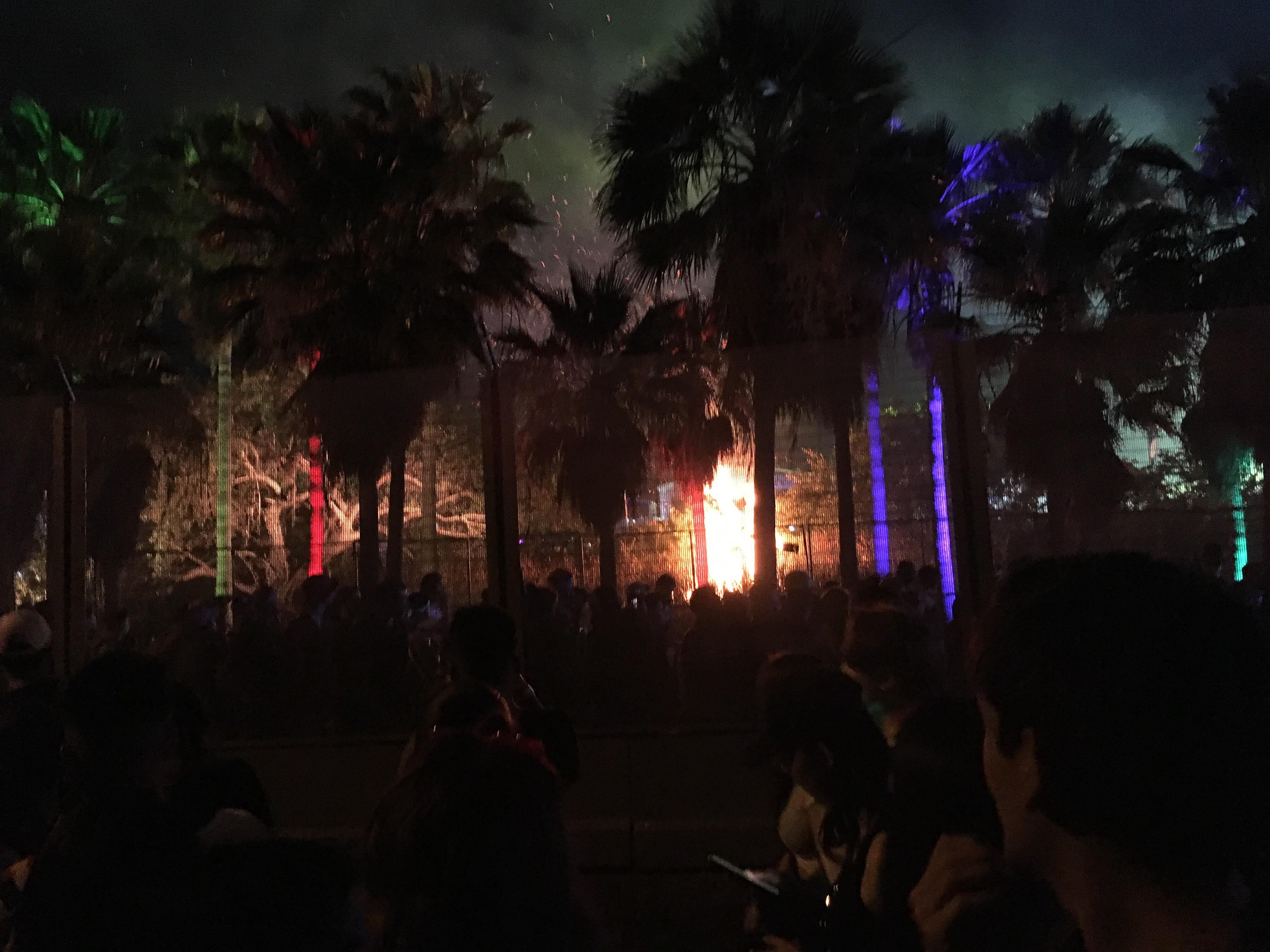 Attendees making their way toward the exits at Ultra Music Festival last night were met with a tree that had caught on fire. Security was ushering attendees away from the area, which was already congested due to issues with the shuttles, as the fire department rushed to quell the flames.

Reports are that embers from a firework caused the fire, but it has not been confirmed. Regardless, Miami Commissioner Ken Russell has said that Ultra will not use fireworks for the remainder of the weekend.

“The fire itself seemed to have taken place between the stage and the causeway,” he said.

No one was injured.

This, following a pledge by the festival that no wildlife would be harmed. Ultra’s attorney Rafe Petersen stated on Thursday, “[…] the event organizers remain committed to environmental protection and will implement numerous environmental mitigation measures as well as a sustainability plan that will ensure the protection of Virginia Key.”

I guess no more fireworks for @ultra pic.twitter.com/FSTHDoGUbm

Fire caused by the fireworks at ultra! And to top it off walk over a mile across the bridge smh @ultra #ultra pic.twitter.com/bv9k6KDePu