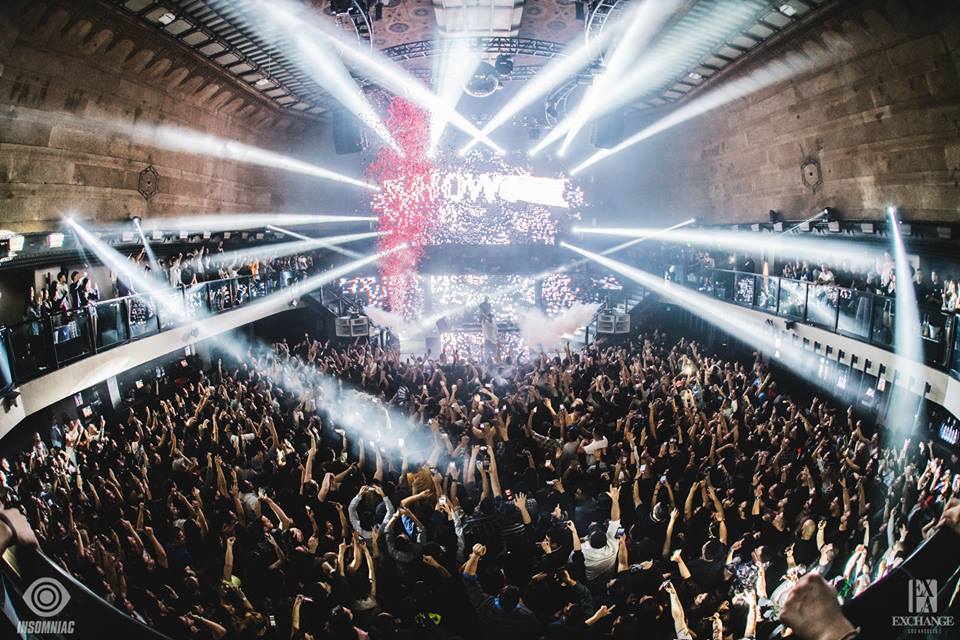 You know it’s going to be a party whenever Showtek hits the stage, and it was no exception the weekend before last, as the Dutch dance music duo brought the heat to Exchange LA. Showtek were celebrating the release of their latest single, “Listen to Your Momma” and they played an absolutely wild two-hour set that included some Showtek classics, some incredible club bangers, a new ID, and to the delight of the crowd, hardstyle.

From opening up with “We Like to Party”, an all time party-starter, the Janssen brothers never let up as the crowd was wowed by the superb production of the iconic Los Angeles venue. Not only were there lasers galore, the house lights were really hitting the disco ball nicely and flashing some cool light patterns on the wall. You felt like you were inside a lava lamp; a lava lamp where Showtek were banging out hits like “Slow Down,” “Cannonball,” “Bad” and “Booyah.” To say there was never a dull moment would be a massive understatement.

Sjoerd and Wouter had announced that fans could bring their mom to the show, however, I can’t say I saw any moms along for the ride. While my mom appreciates the music and the show, she can’t really hang until 2 AM. As for that new ID, check out a clip of this banger from Showtek, Steve Aoki, and MAKJ.