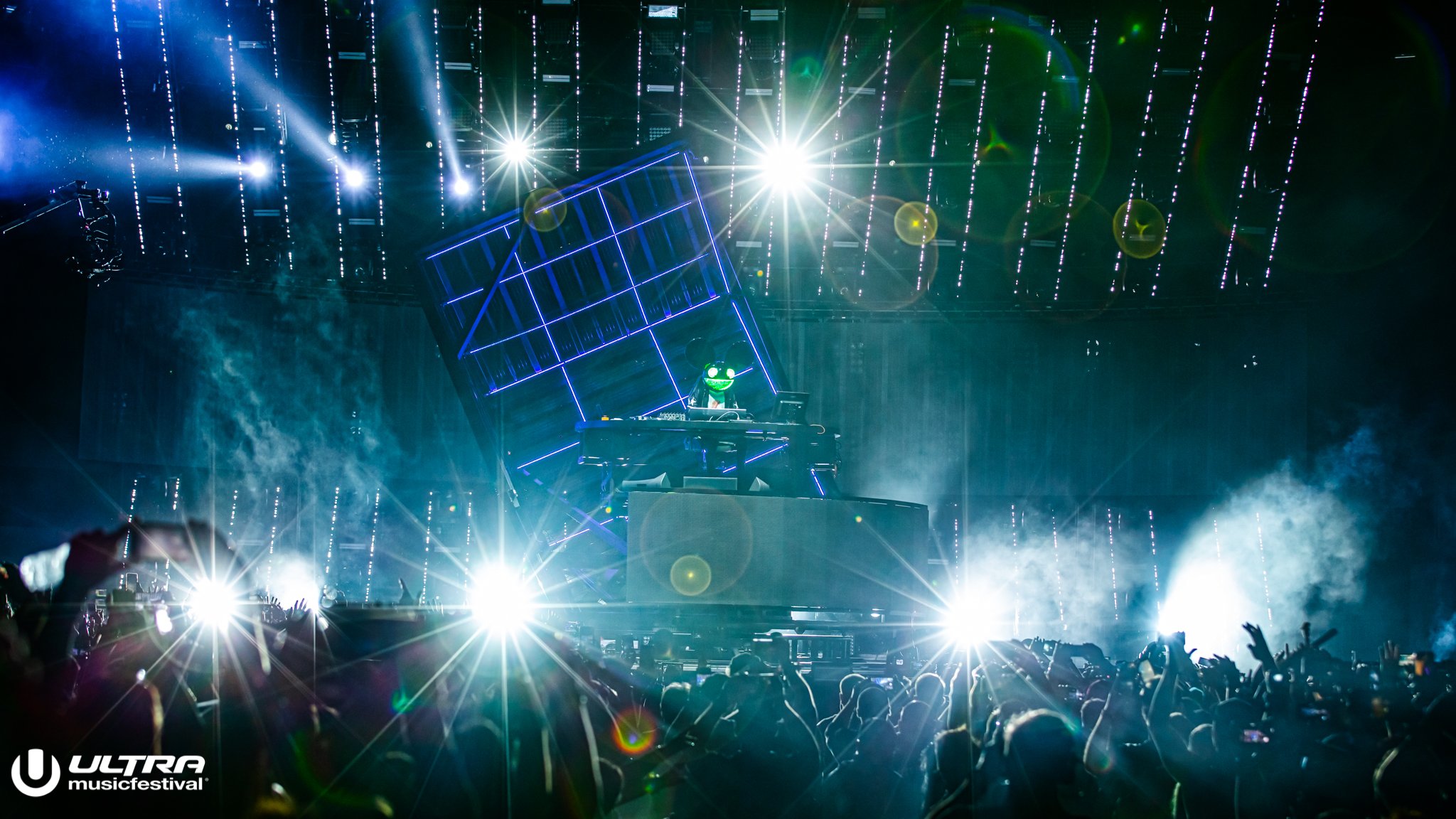 deadmau5 took over Ultra Music Festival‘s Live Arena last night for a very special performance — the debut of his brand new-and-improved Cube 3.0. It was nothing short of spectacular and we have the footage to prove it.

Instead of stationing himself atop the cube like we’ve come to expect, the producer’s control hub lies within the center of the design. More motorized than ever, Cube 3.0 actually swivels out to either side to reveal deadmau5 sitting in his gaming chair, pushed up to a desk, at work — like the boss he is.

deadmau5 always goes above and beyond to make sure his live shows are worth the ticket. This new concept is no exception. As you can see from the videos below, the visuals are on point and the musical arrangements are flawless for this forthcoming ‘cube v3‘ tour.

Watch below as deadmau5 debuts his Cube 3.0 for a worldwide audience. Also, see Lights join in on the action, as she assists in singing “Drama Free” and “Raise Your Weapon” live. We’re simply in awe.

AT LONG LAST! @deadmau5 is live with the Cube 3.0 from @Ultra — watch it live here: https://t.co/UobHBGru2x pic.twitter.com/mTgfy9HKgI

Oh my goddddddddddddd @lights coming out to sing "Raise Your Weapon" with @deadmau5 😭😭😭 pic.twitter.com/AHtj1M1mXV

.@deadmau5 ending his set and the worldwide debut of the Cube 3.0 at @ultra with "Strobe" — you couldn't dream of a more perfect conclusion #Ultra2019 pic.twitter.com/gwyJWUzWdv

@ultra so I was actually looking forward to see what @deadmau5 was going to say at the end of his set. Thanks a lot for cutting it as soon as he said “thank you”…. #Ultra19 pic.twitter.com/QELMg8SlAQ