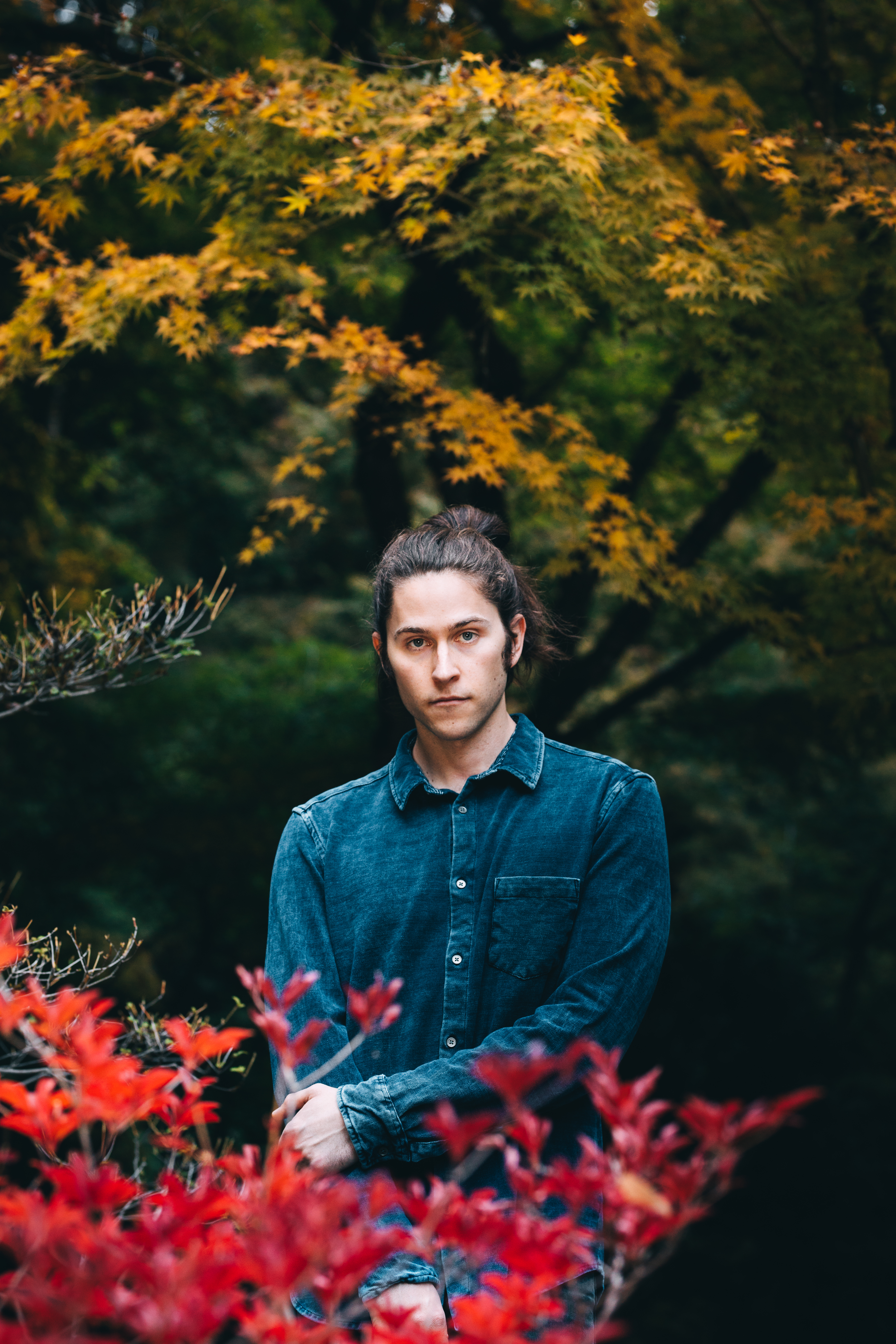 There’s been a massive rise of live performers in electronic music over the past few years. Groups like ODESZA and RÜFÜS DU SOL have been at the forefront of this movement and have inspired a whole new wave of composers and producers. Not the least of which is Big Wild, the east coast born and west-coast based producer/composer/vocalist Jackson Stell. Having risen to fame over the past couple of years, Big Wild has made a name with the indie dance crowd through his remixes for artists such as ZHU, CHVRCHES, GRiZ, and Sylvan Esso. He’s also been an absolute fan favorite on the festival circuit having played everywhere from EDC Las Vegas, Bonnaroo, Lollapalooza, and CRSSD.

Now, Jackson has taken the next step in his musical evolution, having released his debut album, Superdream, on Counter Records. Not only has the album racked up over nine million streams on Spotify alone, Jackson took Big Wild on the road for a solo headlining tour, playing to sold out crowds across the country. We got to chat with Jackson about the monumental accomplishment that is Superdream, what it was like headlining his own tour, some details of his live show, and what he’s excited for going forward in 2019.

Hi Jackson! Thanks for chatting with us, first off, congrats on Superdream. Tell us a little about yourself and what led you to this point right now?

“Thank you! About myself — I have been absolutely obsessed with creating music since I was 12 and that drive and dedication to music has evolved over all these years into Big Wild. Continuing that evolution is always the goal and dream.”

You just released your debut album Superdream. Tell us about the concept of the album, the recording process, and what it means to you as an artist to have put such a cohesive piece of work together?

“Bringing the album together through the recording process was quite the journey because I was going through a lot of change in my personal life. I had moved to three different cities on the west coast while writing the music on Superdream, and at times the songs seemed as all over the place as I felt personally. Trying to understand the concept behind the body of work I had created was one of the hardest tasks, but also necessary as an artist who wanted this music to mean something to my listeners as well. The common thread stood out clearly after realizing that it was OK to accept that the album had dramatic ebbs and flows (like ‘Joypunks’ vs ‘Heaven’), accepting the nature of the body of work. Superdream was a truly personal body of work to bring together, and it was directly related to events and homecomings in my own life. I was on a ride while I wrote it, and realized that because of that, the album is also a myriad of different experiences, memories, imagined escapes and returns — It is like one really long night of good, scary, random, and fun dreams — it is a SUPERDREAM.”

You also just wrapped a pretty good size North American tour. How did the tour go and what was it like to be out headlining your own solo tour?

“My headline tours in the past have been so much fun, but I have wanted to take my performance to the next level and challenge myself to connect with my audience more and the Superdream Tour has been such a rewarding experience. To be honest, it was a scary thought to go into shows thinking that people are going to be expecting the show to look like what they’ve seen and heard in the past. But, coming out to sing and play to crowds who sing along on so many of the songs from Superdream and dance with more energy than I have seen in the past has made my experience on this tour extra special.”

You also have a really intricate live show and play multiple instruments. What’s your musical background, how do you prepare, and how do you stay sharp for the show?

“Like I mentioned before, being obsessed with making music and a musical experience has also really driven me to learn new instruments and experiment constantly. Rather than sampling, my musical sounds are created from the ground up, so often times I find myself wanting to explore all sorts of instruments to pull inspiration from. Even more often, happy accidents come out of this process too and it spills over into my live show. I can’t claim excellence in any of the live instruments that I play but that is not what my live shows are about, rather it is the overall flow and experience. However, I try to practice the instruments I play in all of my free moments.”

You were all over the festival circuit in 2018, and it looks like it should be more of the same in 2019. What were some festival highlights from last year and what are you looking forward to this year?

“Bonnaroo 2018 was a definite highlight — I came straight from another festival excited to play at Bonnaroo for the first time, but it quickly changed to feeling like it was going to be a lost opportunity because a thunder and lightning storm was taking over the whole morning and threatening to cancel the sets for that evening. The storms stopped after the morning, but left the fields so muddy that I was still skeptical about the turnout. To add insult to injury, the person driving me to my stage was going on about how bad the weather had been the whole weekend and how many people had already left because of it. I went into my set with much lower standards at that point to find out that Bonnaroo SHOWS UP! It was raining and muddy as hell but I saw an army of galoshes and could not see the end of the audience who came out to dance with me. I was so stoked and let the crowd shatter my expectations immediately.

For 2019, I am really excited for Capitol Hill Block Party, and Outside Lands. Seattle and San Francisco are tried and true favorite places to play and always bring so much energy to the shows.”

I know California is near and dear to your heart, what do you enjoy most about Los Angeles whenever you visit?

“I moved/ lived all over California from 2014-2018, but when I lived in LA, I was stationed in the Mar Vista/ Venice area. Biking to and along the beach was a favorite thing to do then and is still the thing I enjoy most when I go back to visit– that and tacos. Gotta get tacos when in LA.”

Any other new music planned for the year?

“I am always trying to work on new music any chance I get. I’ve been feeling really inspired by the musical direction I’m going in and already have ideas for the next project. There are some collaborations I’ve started that I’m really looking forward too. I also have been working new live edits into the set.”

The Superdream Tour may be over, but Big Wild will still be all over the globe this summer. Here are his upcoming North American dates, including just announced dates for the finale of ODESZA’s A Moment Apart Tour and Big Wild’s return to Red Rocks in September.

Make sure to listen to Big Wild’s incredible debut album, Superdream. Check out the video for the album’s latest single, “City of Sound,” as well.