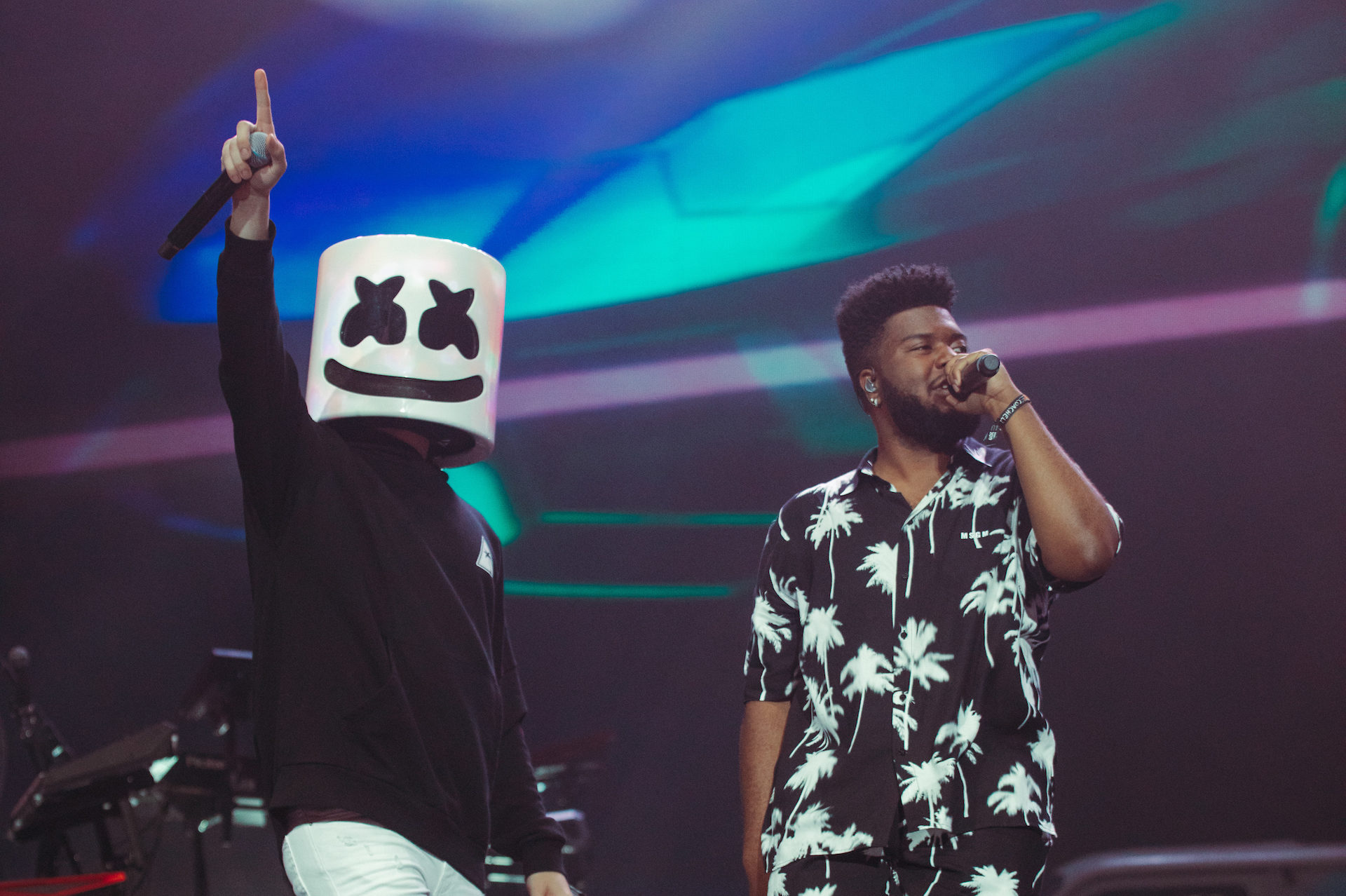 Marshmello’s massive, custom 6×6 truck could be seen a lot over the weekend at Coachella, with plenty of photos taken from staff parking lots and shared on social media. And yet, Friday and Saturday, the masked DJ was nowhere to be found. Finally, he appeared not just once, but twice on Sunday night for both Khalid’s set on the main stage and CHVRCHES at Mojave.

Of course Marshmello couldn’t pass up the opportunity to be the special guest for once, having himself brought out plenty of other artists on his own stages. He came out on the main stage with Khalid for their collaboration “Silence,” holding a microphone which ironically never got used.

For CHVRCHES, he came out on stage with a guitar, à la their joint appearance on Jimmy Kimmel, for their song “Here With Me.” Videos from the festival are still in the process of being shared as more people regain service leaving the polo fields, but check out some highlights below.

You just had to know when @marshmellomusic dropped by @thegreatkhalid set he was gonna make an appearance @CHVRCHES set. #Coachella19 #music #chvrches #marshmello pic.twitter.com/WzamyCxHPB