UPDATE 6/3 9:27 PST | Officials have confirmed three dead and one injured after the helicopter crash at Backwoods Music Festival last night. The sight seeing helicopter was carrying four people total. It’s not known whether the survivor was the pilot or an occupant.

Breaking news out of Ozark, Arkansas, the final hours of the Backwoods Music Festival have been cancelled after a helicopter was reported missing just off site. The helicopter pilot and occupants have apparently been found with no injuries reported so far.

Whether the helicopter crashed or went down, getting lost en route, remains unknown.

However Backwoods Music Festival cancelling the final hours of the event and this tweet from G Jones appear to indicate it’s more serious than the sole reporting source might indicate.

backwoods festival- i’m really sorry to say my set has been cancelled due to the tragic helicopter crash. my heart goes out to everyone affected 🖤 love u all + hope to play for you soon

Stay tuned for more as this is a developing story.

The festival was headlined by REZZ and also featured Space Jesus, G Jones, Peekaboo and more. 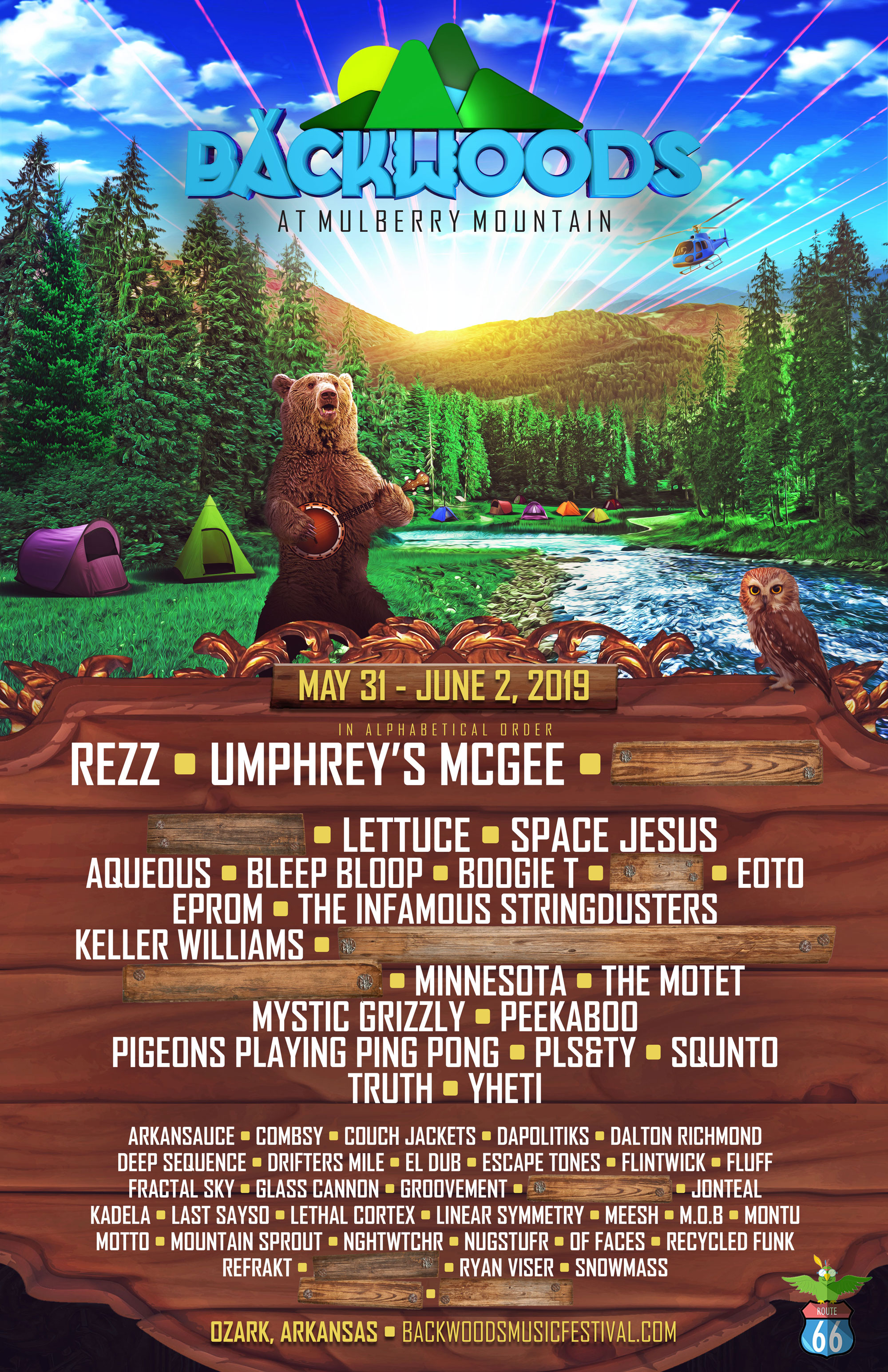