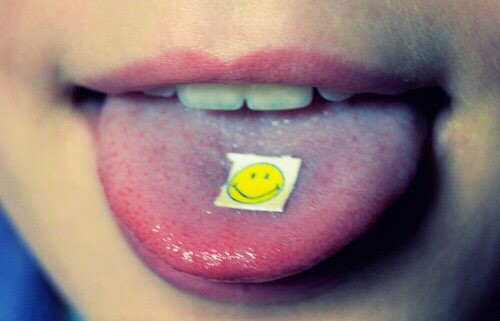 Being responsible with drugs at a music festival is not some new directive. For years now, in some cases decades, organizations like DanceSafe and Bunk Police, as well as other private festivals and individuals, have made drug education and safety a top priority. Beyond testing your drugs to know what it is you’re taking, measuring out correct dosages is equally important. Doing 20 tabs of LSD is simply not responsible.

One man named Pete Townshend braved the unknown and took approximately 2mg of LSD (20 tabs) at an event this past weekend put on my Kosmic Events. A normal dose is anywhere from 1-4 tabs (100-400μg), though individuals have been known to push the limits when it comes to psychedelics.

In response to this reckless act, festival owner Daniel Green publicly banned Townshend from all his events. “We have your full legal name and pictures and if you come onto the property next year you will be arrested immediately,” he said on Twitter.

@humantestkit You will not be allowed at kosmic events in the future. This is just brutally irresponsible. We have your full legal name and pictures and if you come onto the property next year you will be arrested immediately

Some felt that his response was an overreaction, or not in the spirit of the community. Green disagreed.

I sound like the owner of a festival who had a to deal with a dumb ass on 20 hits of acid.

He bothered plenty of people. He was a nightmare to deal with. And then he came back again at 3am and caused more problems.

Townshend, to his credit, understood where Green was coming from and was fine with being made an example of. (Note: Townshend says 16 tabs in the tweet below, but later admitted he had miscounted.) Moral of the story: be responsible with your drugs, or else you could become an example for others of what not to do.

Never take 16 tabs in a public setting guys. It's very bad for the people around you, and jeopardizes the safety of the commune.

They are meant to heal, not destroy