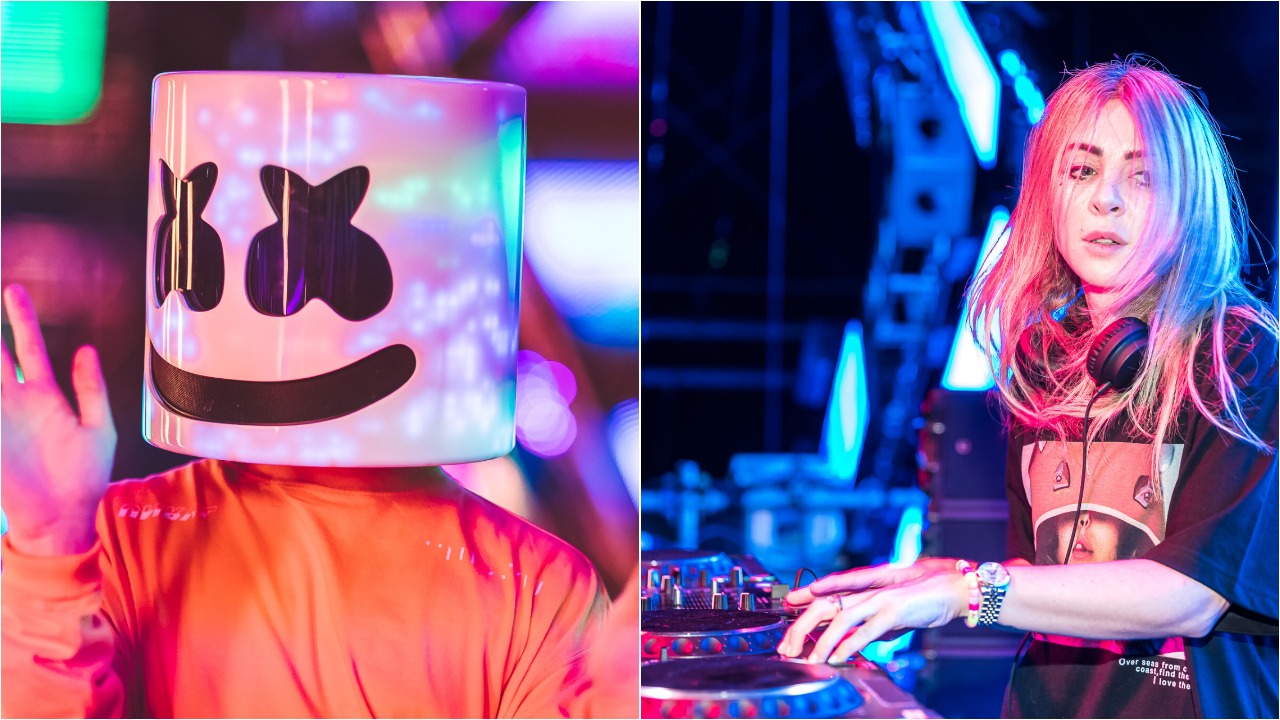 Marshmello and Alison Wonderland were both competing at the Fortnite Celebrity Pro-Am yesterday when Mello’s security apparently shoved Alison unnecessarily — at least, according to her.

The two got into a back and forth on Twitter last night after the tournament. Alison, to her credit, was relatively nonplussed about the ordeal, eventually tweeting, “It wasn’t an actually a big deal, shit happens I was laughing about it.” Her issue, in particular, seemed to be with Marshmello calling her a liar.

Marshmello didn’t find the situation funny, however, as he considers Alison a “good friend.” And, had he actually seen something like that go down, he says he would have put a stop to it immediately.

Ultimately, the situation fizzled and we believe both artists have made up in the DMs. No harm, no foul!

Alison began in a now deleted tweet, “Lmfao marshmello bodyguard just pushed me out of the way.”

I love you too but this is not right. I saw the whole thing, as he was escorting me through the crowd in the dark and you had your back turned to us and brushed shoulders with him. My security would never push anyone out the way.

You might find it funny but I dont because I consider you a good friend and if that was really what happened we all would have stopped right there.