by Matthew Meadow
in Experimental, Misc

Taska Black is one of the biggest rising names within the bitbird camp, and with his new single “No Paradise,” it’s clear to see why. With glittering synths and a simple yet beautiful melody championing the song underneath, the vibe is perfectly established from beginning to end.

“When I came up with the song I was thinking about what it means to “be yourself”. Is it just a collection of thoughts, decisions and values that you decided to stick with and let them represent you as a person? ‘No Paradise’ reflects on how we chase our goals to maybe never reach the feeling of accomplishment, at least that’s how I feel sometimes. I haven’t released an instrumental-driven track like “No Paradise” in quite some time so it feels liberating to be able to release something experimental like to contrast some of the vocal driven songs that people know me for.” – Taska Black

Also, Taska Black has just announced his debut headlining tour across North America. The Black List Tour will bring Taska’s energetic set back into North America following a busy festival season performing at some of North America’s largest EDM festivals including Paradiso and Moonrise Festival. Featuring a combination of both Taska Black favourites and unreleased material, the five city tour will see Taska Black play some of the country’s most iconic small-room venues including The Roxy in Los Angeles and Rickshaw Stop in San Francisco. Taska Black will also be joined by rising bitbird producer Rome In Silver as well on key dates. 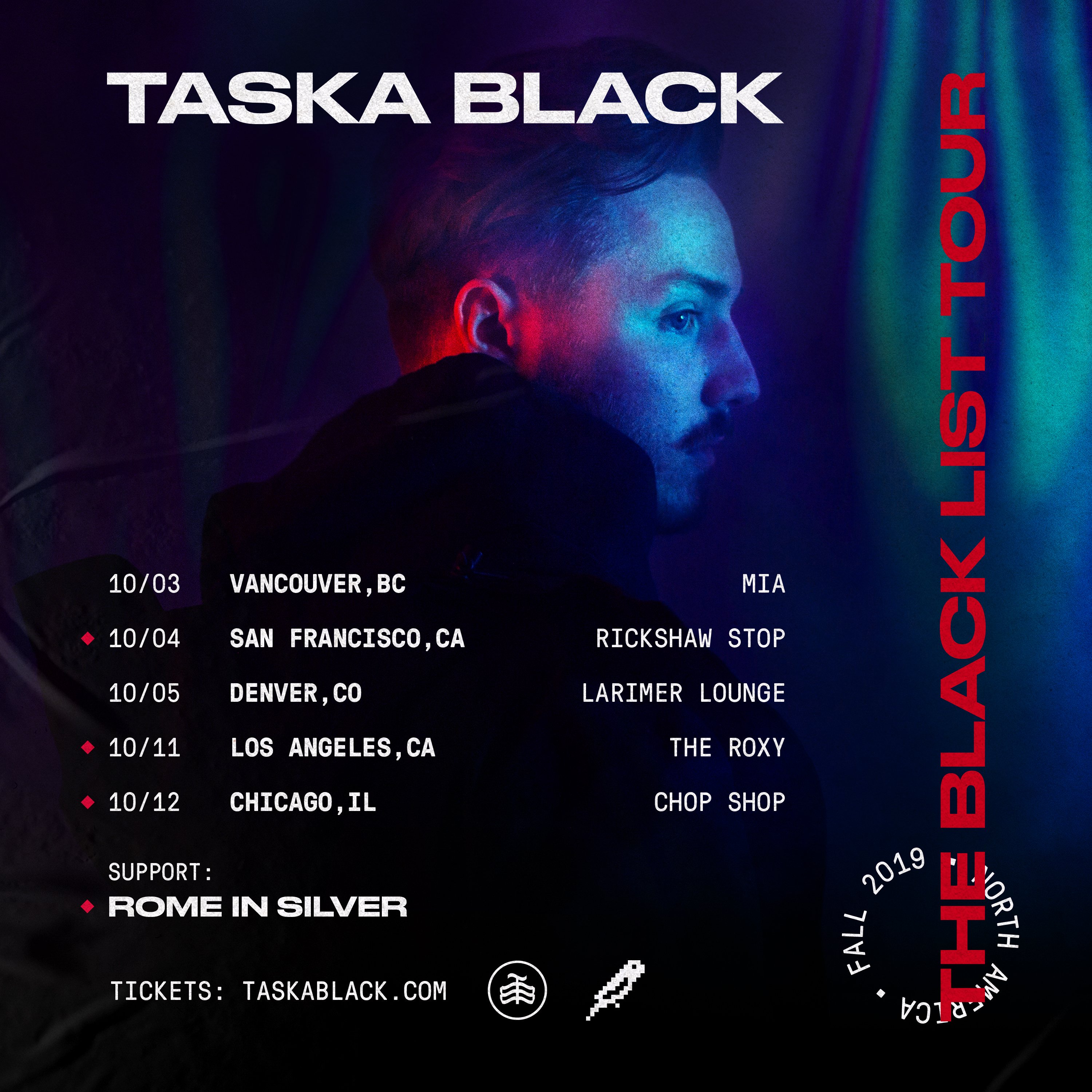