HARD Summer may have just ended, but they’re not done just yet. HARD Day of the Dead returns for the second year after being resurrected by Insomniac last year with Justice, Die Antwoord, Knife Party, and Cashmere Cat. This year, the lineup gets even more eclectic as Skrillex and Boys Noize reunite again for a special Dog Blood set. They’ll be accompanied by Zhu’s BLACKLIZT, TOKiMONSTA, Elohim, 1788-L, and Josh Pan b2b X&G. Team B&L will round out the main stage.

The house stage will feature sets from The Martinez Brothers, Damian Lazarus, Justin Martin, and more.

Tickets go on sale Friday, August 9 @ 10 AM PST. It will be held on November 2 once again at the LA State Historic Park 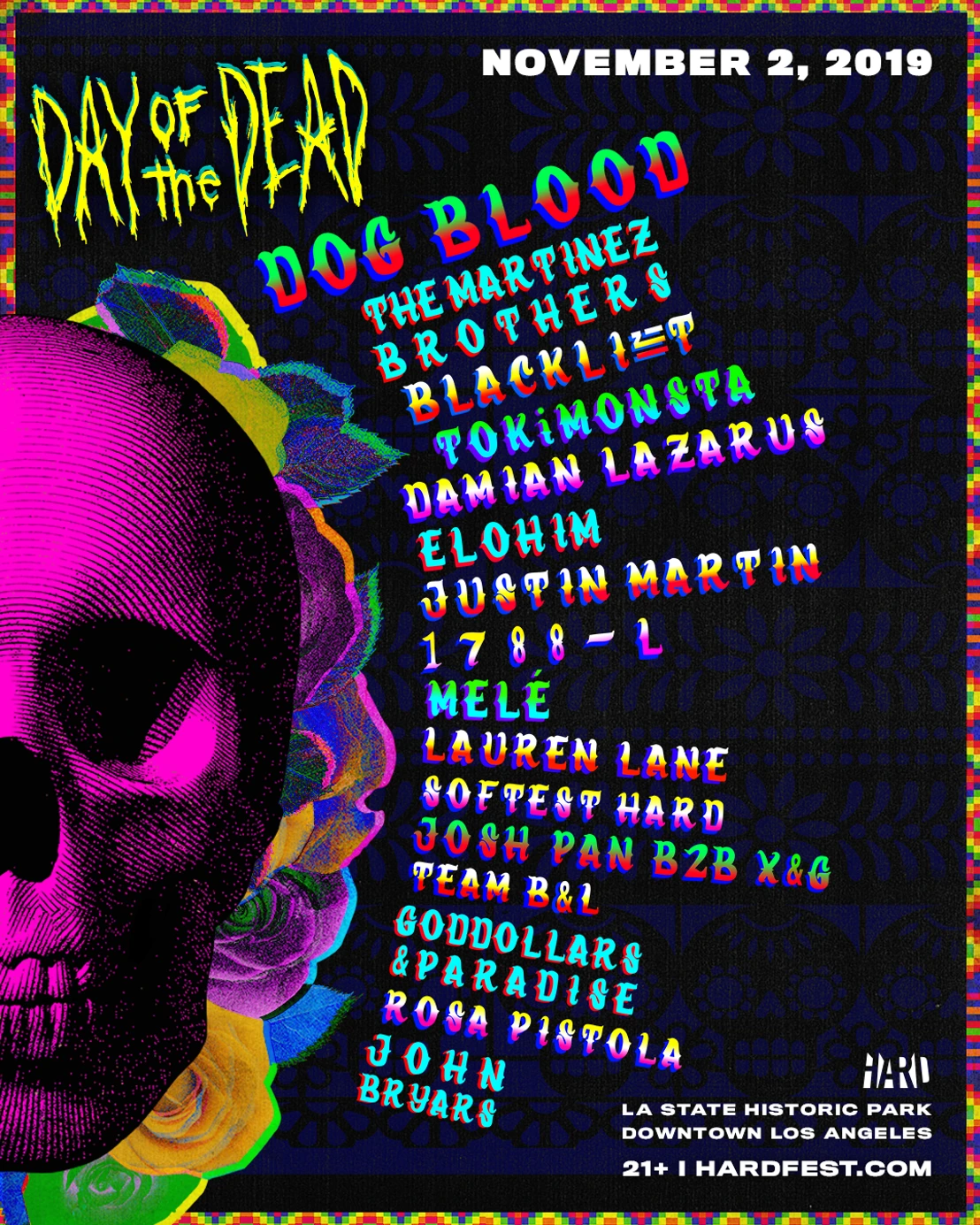