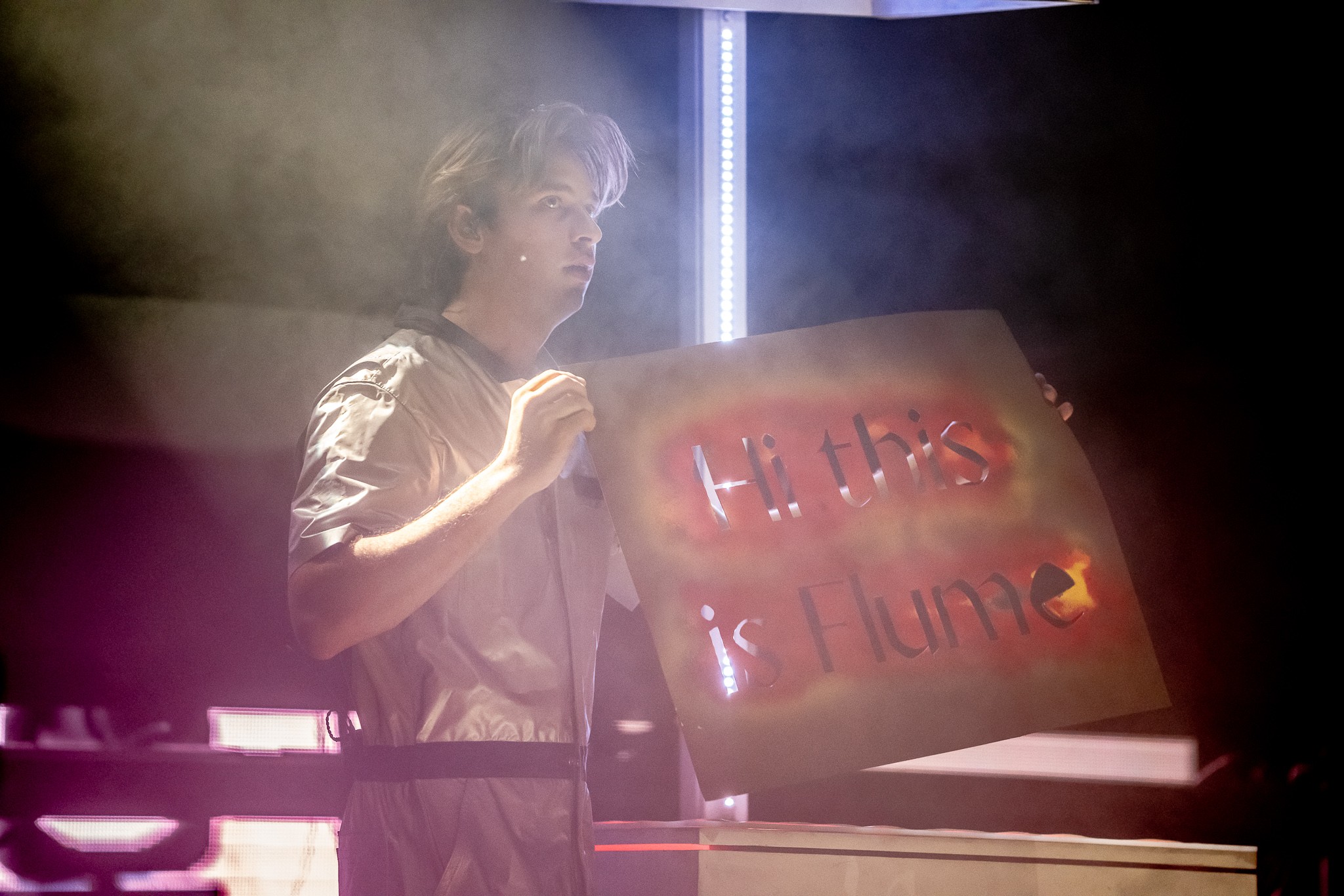 Fans Were Pissed About Flume’s Red Rocks Openers, But He Doesn’t Give A F*ck

Flume just completed a 2-night run at Colorado’s legendary Red Rocks Amphitheater and left the crowd speechless both nights. The same, however, can’t be said for his openers. Flume was supported by JPEGMAFIA and slowthai on both nights, and from attendee tweets on Twitter, didn’t win over many new fans.

The complaints became so pervasive that Flume himself even posted a troll photo on Instagram: “Awwww sheeeiiitt here we go agin #1 #badboy #edm.”

To the attendees’ credit, JPEGMAFIA especially is a very acquired taste. But speaking as someone who’s never sought out a Peggy track on Spotify before and also saw his set at HARD Summer this past Sunday, I loved it. It was full of raw passion and energy, even if it was decidedly out of my comfort zone.

JPEGMAFIA himself tweeted about the disrespect he was getting from fans at the show.

spent most my night in the crowd & the EDM bros had no smoke for me. But plenty of tweets. Imagine being THIS PUSSY. I’m in your face don’t tweet me white boy say something or sit your weak ass down and enjoy the transformer noises hoe.

See some of the more egregious tweets about the show below.

For anyone going to Flume tonight for Day 2, go ahead a do yourself a favor by skipping the openers

Aside from Flume being an artistic god and wholesome human being per usual, what was up with those openers and the crowd at Red Rocks tonight? Oof

yo who’s at flume these openers suck 😂😂😂

Okay but really, who allowed those openers at Flume?! 🥴

My take away from flume: he’s going THROUGH it. That’s why his show was such an incredible experience that’s way beyond music. He’s a true artist. But that’s why it’s so good cause he’s SAD SAD. Also his openers made my ears bleed.

I'll be honest, I'm so disappointed with these Flume openers.

@flume why the openers? Soooooo bad. My ears are bleeding 😫