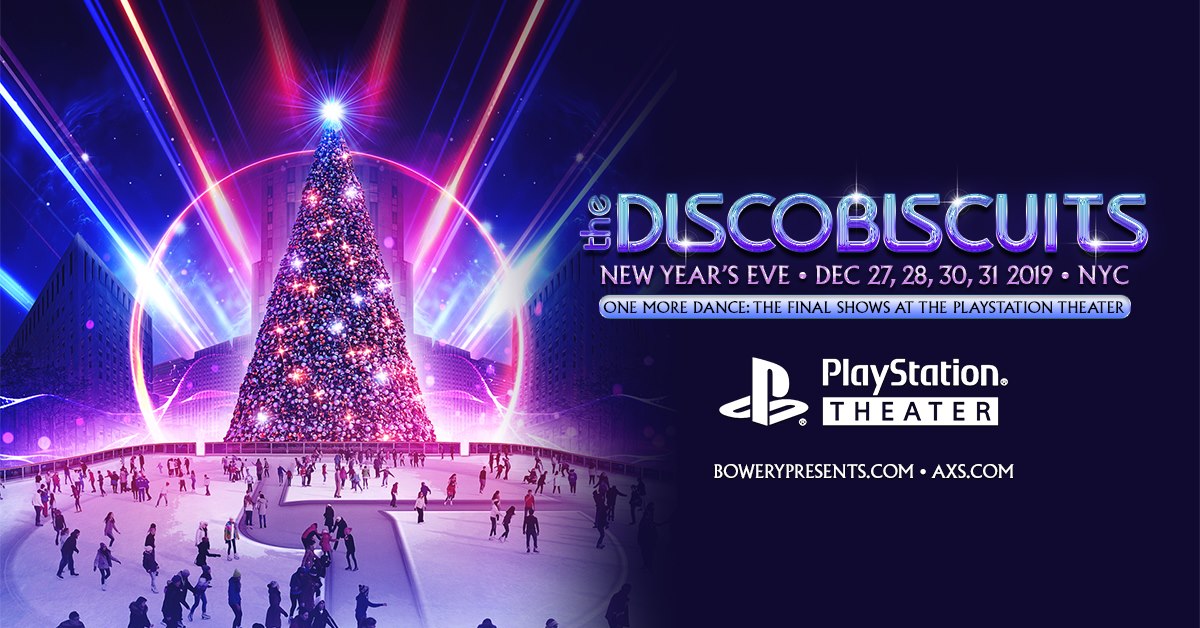 Playstation Theater is going out with the bang, as the venue plans to close its doors after a 4-night NYE run with Disco Biscuits.

The landmark concert venue, previously known as Best Buy Theater and Nokia Theater, is shutting down at the end of 2019. Playstation Theater, located in the heart of Times Square, hosted many iconic acts and memories over the years. This is truly the end of an era.

The decision to close the venue comes at the conclusion of the existing lease agreement for the space at 1515 Broadway.

Disco Biscuits said of the closing:

A New Year. A new beginning. What better way to look to the future than by saying goodbye to the past. 40 shows at a venue that, like all of us, has changed so many times. We’ve had incredible memories as a community there, here’s to one last hurrah PlayStation Theater.