Martin Garrix Gets Stung By A Bee Midset & Keeps Playing

Martin Garrix hasn’t had the best luck this year while playing sets. Three months ago, he jumped off the stage at Omnia in Las Vegas and hurt his ankle, requiring surgery and taking time off the road. Now he’s back in action, but a small critter in Canada wasn’t about to make his day so easy.

It was the last show of the season at Beachclub in Montreal and Martin Garrix was booked to play. Everything was going great up until around 10 minutes into his set when a bee actually entered his mouth and stung him.

According to the club’s owner, Olivier Primeau, who posted about the incident on his Instagram Story, Garrix told him, “Fuck bro – I’m going back; it’s just amazing here!”

Garrix received immediate medical attention from the club before going back on the decks and finishing his set. What an amazing story. 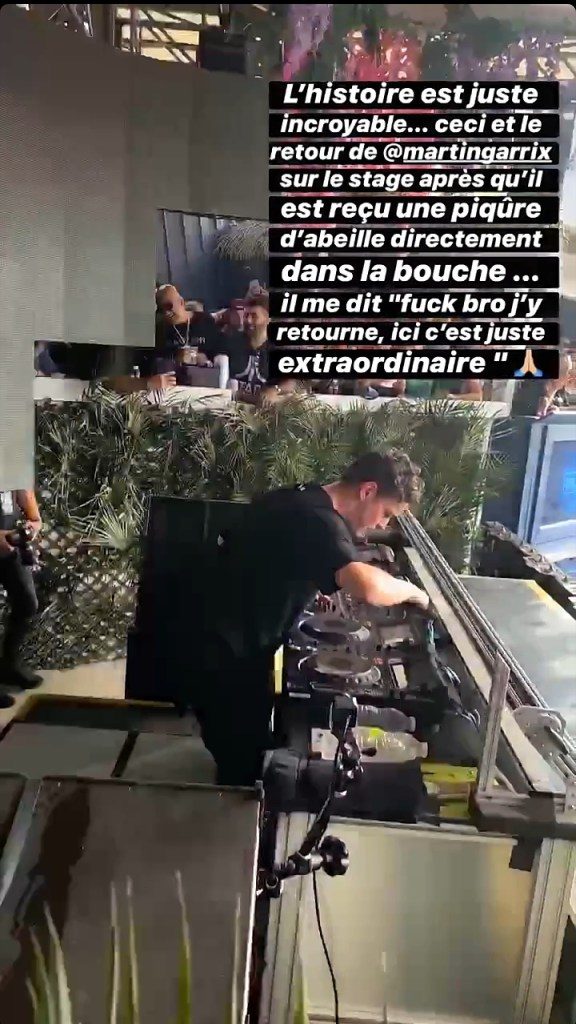