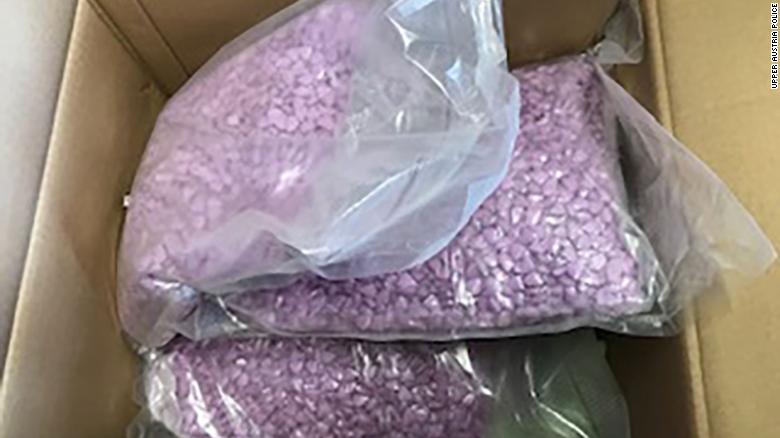 An Austria couple received quite the surprise in the mail one recent morning. A parcel arrived unexpectedly, containing nearly 25,000 ecstasy tablets.

The package was supposed to contain dresses purchased from an online retailer in the Netherlands. Instead, it was a bundle of purple pills worth approximately €500,000.

The unnamed woman who retrieved the package first mistook the purple pills for decorative stones. Her husband then realized they were most likely stimulants and turned the package over to local police in Linz, Upper Austria.

The Netherlands is one of the world’s largest sources for drugs. Earlier this year, Dutch customs officials confirmed that the amount of ecstasy and amphetamines being sent via mail had tripled since 2018.

The investigation is ongoing.