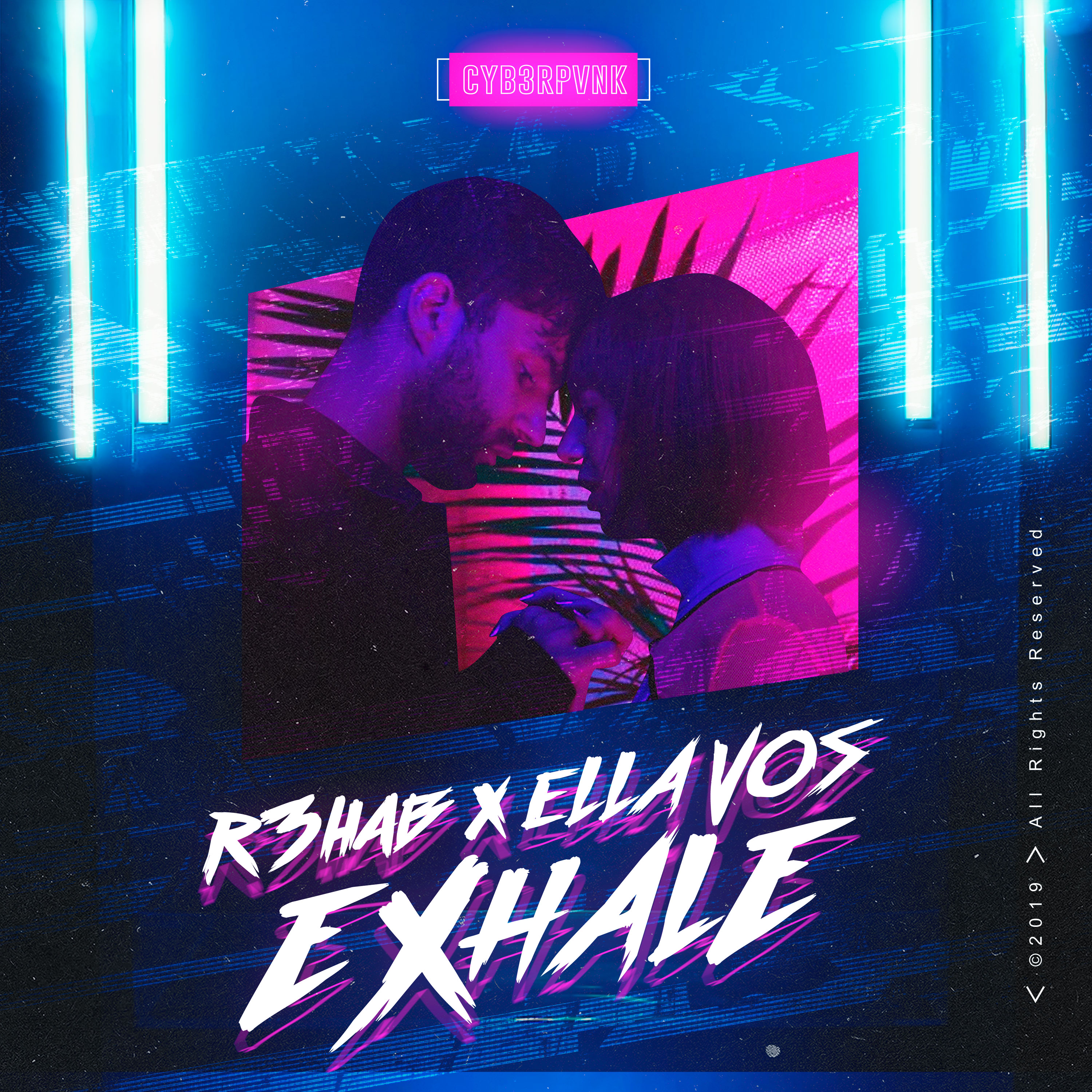 You would be hard pressed to find a harder working producer in 2019 than R3hab. The Moroccan-Dutch producer/DJ has put out a steady stream of releases on his own label CYB3RPVNK this year including his biggest hit to date, an update of the dance music classic “All Around the World (La La La) with A Touch of Class. This year has also seen R3hab continue his expansion into the pop world, collaborating with a slew of top tier female vocalists including Icona Pop, Julie Bergan, and Ina Wroldsen. Now he’s enlisted L.A. singer Ella Vos for his latest track “Exhale.”

“Exhale” is a sultry electro-ballad, it’s very rare that I say this when reviewing a song, but this track makes you want to grab the person you care for and hold them close to you. The juxtaposition of that is that, based on the lyrics, this appears to be a song about a relationship on the rocks. All the production conveys a soft feeling, there’s no synth riffs to be found on this one, although the low end on the bass hits pretty hard. While “Exhale” is a far cry from some of R3hab’s more festival ready material, this might be one of his most masterfully produced songs. Here’s what R3hab had to say about teaming up with Ella Vos for “Exhale.”

“After I remixed Ella’s ‘White Noise’ we built a relationship that has led us to this original release of ‘Exhale.’ Ella’s amazing vocals were all I needed to build a great production around. I am very proud of the result and can’t wait for the world to ‘Exhale’ with us.”

Check out R3hab’s latest track “Exhale” with Ella Vos, out now on CYB3RPVNK. R3hab will be embarking upon a special North American tour with Cash Cash next month, these special dates are not to be missed. R3hab will also be mixing in a few solo appearances as well.

I’ll be yours one more night
Set the “Can we talk?” to the side
Lay next to you, your limbs wrapped up with mine
We’ll just stay there frozen in time

I was so sure I’d fall back in place
That I’d look in your eyes and my mind would change
But here in your room, things just don’t feel the same
Still I hold tight, lips hesitate