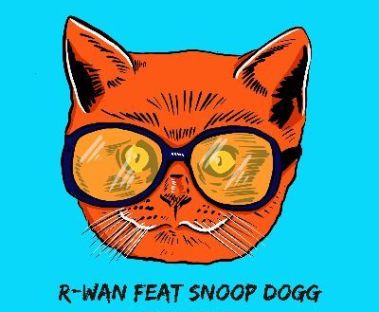 Snoop Dogg Goes Full EDM with R-Wan on “Turnt Up”

After more than 25 years making music, legendary rapper Snoop Dogg remains one of the most in-demand names in the industry. This time he’s back with perhaps his most EDM collab to date, “Turnt Up,” a raucous banger with French producer/DJ R-Wan. The Doggfather is no stranger to dance music collabs, having previously teamed up with the likes of Hardwell and Dimitri Vegas & Like Mike among others. Likewise R-Wan has previous collabs with Lil Jon under his belt, so it seems like a good match.

“Turnt Up” is a straight festival banger taking classic big room tropes and giving it a slick trap flair. This is also the most EDM Snoop Dogg has ever gone, he doesn’t really rap on the track, so much as he makes his presence felt simply with his voice. It’s not the laidback flow we’re used to, but there’s no mistaking the legendary Long Beach rapper on this one.

Musically the track opens with a standard big room drum beat as Snoop repeats “I can hear your heart beat.” There’s a break in the music as Snoop tells whoever is listening he needs their hands in the sky. The handclap buildup gives way to some awesome trap synths. The synth riff takes over before the buildup and Snoop’s vocals takes us into the drop. The drop is sheer madness as the singular synth note moves in rhythm with the drums and bassline. “Turnt Up” should find its way into many a festival set.

Listen to R-Wan’s latest single “Turnt Up” featuring Snoop Dogg out now on BIP Records. You can also check out R-Wan’s recent open-format set he dropped at Ubud in Bali.