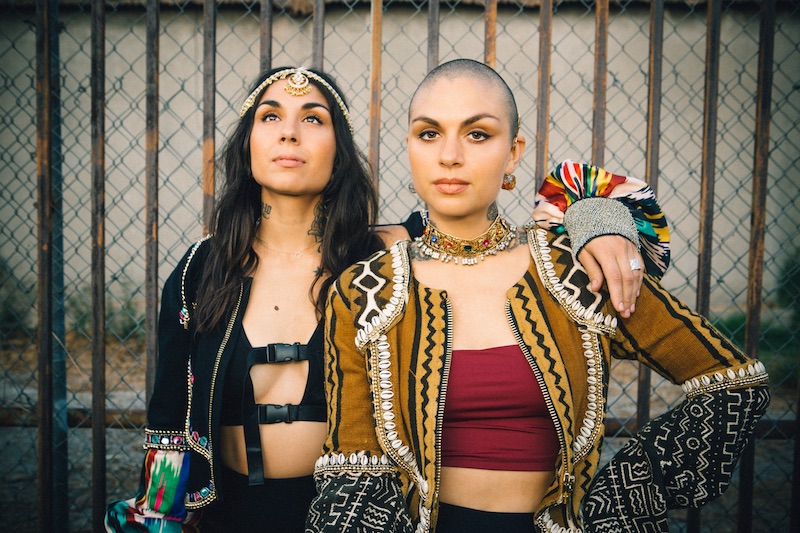 It’s no surprise that Krewella, sisters Jahan and Yasmine Yousaf, was in a bit of a tailspin following the departure of founding member Kris Trindl, aka Rain Man, in 2014. The now-duo’s musical identity was thrown into disarray with accusations that Rain Man was solely responsible for the group’s production, and the sisters were shown almost nothing but disrespect by anyone that wasn’t a part of their die-hard fan base for years after, and still to this day.

Of course, they persisted. Over the last five years, Krewella hasn’t let the haters get them down. They’ve been pumping out music constantly while rediscovering their identity, and it’s led them to become more in tune with their cultural heritage as Pakistanis. The influence can be seen now throughout their branding and sound and has helped them become more cohesive as artists than they have in years.

All of this has led to their third studio album, zer0.

One of the first things you’ll notice about the album is how well it flows. I don’t mean it in the sense of them engineering tracks to seamlessly fit together, but more in the way that none of the tracks ever come in a jarring way. There’s a very natural ebb and flow to the whole listening experience that, even in spite of its more bombastic or softer moments, evokes a sense of peace and deliberateness.

Krewella have been pumping out singles from the album, “Mana,” “Ghost,” “Good On You,” and “Greenlights” all of last year and as recently as earlier this month. They’ve taken some getting used to, but with each new single their vision became more clear and accessible. Finally, now with the full album in front of us, it’s clear that Krewella are at peace with themselves, their musical identity, their branding, and everything is coming together.

The sisters will be going on tour starting April (dates below) so be sure to take note of when they’re in town and catch them live. Listen to their new album zer0 below.