SiriusXM is hosting a massive dance music festival over the airwaves, the first-ever Dance Again Festival featuring over 100 across a wide spectrum of genres.

The 3-day event will be broadcast simultaneously on SiriusXM dance channels including BPM, Chill, Diplo’s Revolution and Utopia. Featuring three different sets from resident Diplo, two sets from Armin van Buuren including a chill set, as well as two sets from Above & Beyond.

Listeners can experience SiriusXM’s Dance Again Virtual Festival starting on Friday, May 28 at 6:00 pm ET through Sunday, May 30, on SiriusXM radios (channels 51, 52, 53 and 341) and on the SiriusXM app. Select sets will also replay on Monday, May 31.

Check out the lineup below! 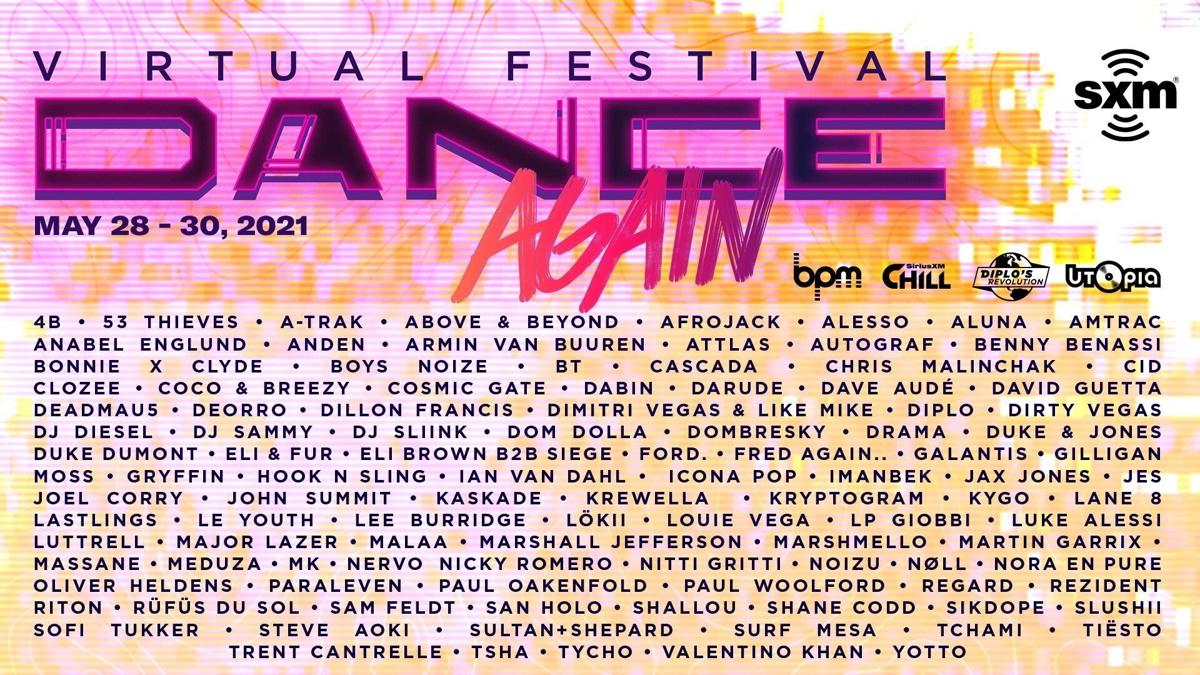 Beyond Wonderland at The Gorge Lineup: Alison Wonderland, The Chainsmokers, Rezz, Tiësto & More

Marshmello Drops New Song With Jonas Brothers, “Leave Before You Love Me”

Marshmello Drops New Song With Jonas Brothers, "Leave Before You Love Me"