Swedish House Mafia have not had the greatest track record on their current tour, with plenty of shows being cancelled early on due to rumored low ticket sales, though the group has not admitted as much. Now, five more shows have been cancelled due to irreparable damage to an “integral” part of their production.

“Since the incident,” the trio wrote on an Instagram story, “we have looked at all solution and unfortunately need to cancel all the upcoming shows until the gear can be replaced.”

“We have been assured that the tour will continue as planned from Antwerp on Oct 29 and onwards,” they continued.

Those who bought tickets to the shows will be refunded immediately. 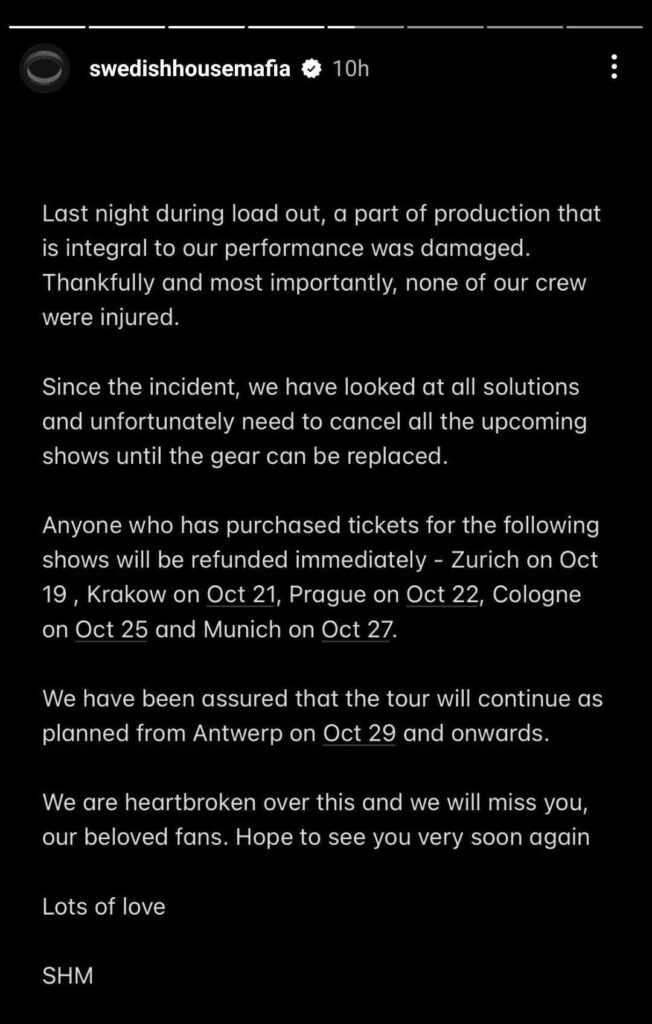