by Nick Ward
in Featured, Reviews

As the EDM industry continues to grow exponentially, so do the amount of EDM nightclubs. As a result, the market has been flooded with amateur clubs trying to make the transition to accommodate the rising demand for electronic music. Although the focal point of the night is the music, the venue plays a vital role in the overall pleasure of the experience. There has been several nights where I passed on seeing an artist simply due to the mediocracy of the venue he or she was playing at. In order to help create the most exceptional experience for you, Your EDM will begin doing reviews of the top clubs from around the world. To kick off this series, we begin with one of Seattle Washington’s hidden gems: Foundation Nightclub.

Recently launched in September of 2012, Foundation Nightclub is still a young establishment. Despite it’s youth, the club has made serious waves on the club life scene. Landing the #55th spot in DJ Mag’s Top 100 Clubs, this club is under leadership that has taken the Seattle nightlife to a much broader stage. Featuring artists such as Tritonal, Above & Beyond, Lazy Rich, Sasha, Gesaffelstein, DJ Dan, and the Bingo Players, Foundation Nightclub does a fantastic job hosting performances that range all across the EDM board. Instead of being a a club that only plays the top 40, Foundation brings a refined EDM taste that the local community loves so dearly.

One of the biggest advantages Foundation Nightclub has in their arsenal is it’s tremendous fan loyalty. Every weekend the Seattle community makes sure this club is packed to the brim with people from all over trying to have a memorable night. We were able to catch up with Doug McIntyre, head of Foundation’s marketing, and he filled us in on what keeps everyone coming back for more:

“When we undertook this project, our goal was to give this music the credit it deserves, and provide Seattle with a consistent home to showcase all the amazing talent in the dance music world by combining state-of-the-art production, industry-elite staff and an intimate environment. Ultimately, we feel that the growth of our brand loyalty is simply a bi-product of us accomplishing those goals.”

With every artist raving about how much they enjoy their nights in Seattle, he seems to be right. When you have a night out at Foundation, the crowd makes you feel like one big family simply experiencing the music together. Between the hands on staff, unique artists, and the mature crowd, Foundation Nightclub has all the bases covered for a Top 100 Club. Which, brings me to my final verdict on the star club in the northwest: Exceeds Excellence. If you are looking for both fantastic music and a memorable night, Foundation Nightclub is an essential stop. 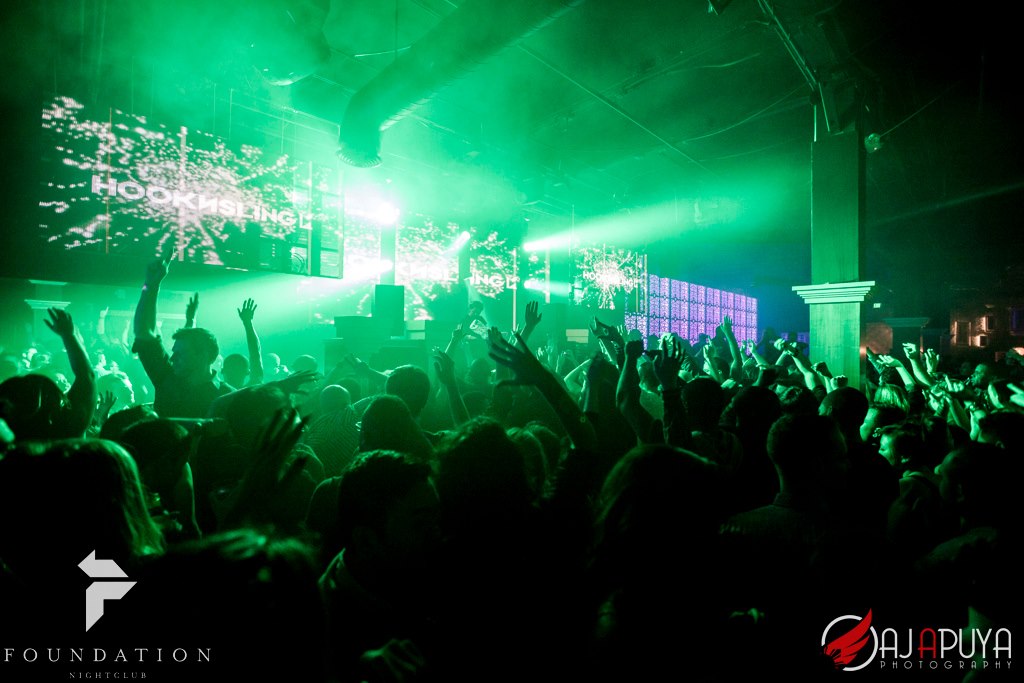