Australians got a treat today, the citizens of Wee Waa, Australia got to celebrate at the official launch party of Daft Punks new album Random Access Memories. Even though most of us have by now heard the album since it being leaked a few days ago, they didn’t hold back on the festivities. The party took place as part of the 79th Annual Wee Waa show, which also held things such as sawing contests and dog high jumping, as well as Miss Wee Waa 2013 being crowned.

Wee Waa was a buzz with anticipation for the Daft Punk album release the week leading up. People were documenting their excitement on video as well as wearing the iconic Daft Punk helmets. It’s reported that all 4000 tickets were sold to the release party, drawing in not only the townspeople but others from all over for this historic event.

Check out some of the videos from “Road to Wee Waa” here!

Sadly though the creators behind this album, Daft Punk themselves, were not present for the release party. But nonetheless the set up for it was massive. It included a large scale light show, a giant disco ball, and a LED dance floor which displayed the Daft Punk logo and RAM’s album artwork when lit up.

The setup from overhead:

Here are videos from the actual party itself:

You can see the rest of the videos here!

And if this small town wasn’t lucky enough, they even got their own limited edition versions of the album. 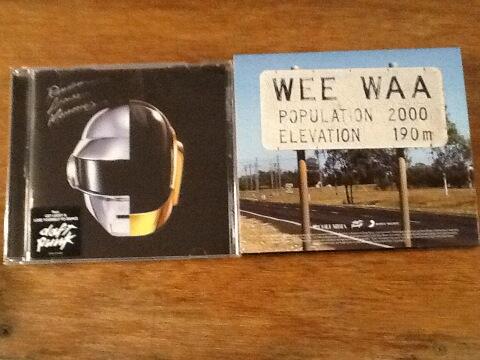 Make sure to check out Random Access Memories if you haven’t gotten your hands on the leak already!

The Rise of GTA