Kill Paris Has a Bone to Pick With You, Ms. Del Rey

Why exactly does Corey Baker want to kill Paris? Did he get food poisoning from a croissant? Is he an animal rights activist for escargots? Is he German? Not quite. Turns out his stage name has absolutely zero to do with the City of Lights.

“I’ve been using that name since I was 16, so going on about 10 years now. And back then, Paris Hilton, everybody still really liked her for some reason. And the whole name Kill Paris is kind of a play on society and how we put people up on pedestals who don’t do anything. So it’s more like kill the mindset of making people famous for not doing anything.”

Needless to say, Corey gained our respect within two minutes of meeting him.

Corey has established quite the music resume in only 26 short years. Before he picked up EDM at the young age of 16, he had already started to dabble in everything from country music to metal and played in a number of different bands throughout his teenage years. But each time he got involved in a new band, things didn’t pan out quite as expected leading Corey to decide it was time for Kill Paris to become more than just a side project but a full time career.

“Looking back on it, I know how I felt when I was in those situations…it seemed kind of crazy at the time, but I didn’t really think about it because it was what I wanted to do then…. Some of those times were very crucial, especially playing country music…when I was doing it, I was kind of having fun for a while, but it didn’t pan out the way the people that I was playing for said it was going to. So that was a big step for me, to be like, okay I don’t want to play for other people. I want to do my own thing, – And that’s when I started to take the Kill Paris thing more seriously.”

Corey made the pilgrimage to the Mecca of EDM in 2006. Yes, I’m talking about the one-and-only WMC in Miami. It was his first real exposure to seeing the EDM scene firsthand, and upon stepping foot in Miami it became immediately clear to him that there was no turning back.

“It completely blew my mind. It was like…’I don’t know what this is, but I love it.’”

And he hasn’t had a second to catch his breath since then. With an impressive collection of remixes under his belt, his first EP “To A New Earth” released earlier this year and a new EP expected to launch this fall, Kill Paris is turning a lot of heads in the industry. Did I mention Skrillex is one of those half-shaved heads? Corey recently joined the OWSLA family and had nothing but the utmost praise and respect for his mentor.

“There are a lot of people in the scene right now who I really look up to. I just like to work with good people. When you meet other artists that you really like and really respect and they’re just really cool people aside from their music, that’s always really inspiring to me…. Skrillex will always be a huge inspiration to me. I’ve looked up to him for so long. He was a really big inspiration to me – not just because of his style of music, but the way that he did what he did and the way that he was just being himself and just doing his own thing – and completely blew up like that…that was huge. Dubstep was really good before Skrillex came up, but he did it his own way and completely ripped it apart, and now you can’t really hear any dubstep where you’re not like ‘Oh, that’s a Skrillex sound.’ But it’s not as good.” 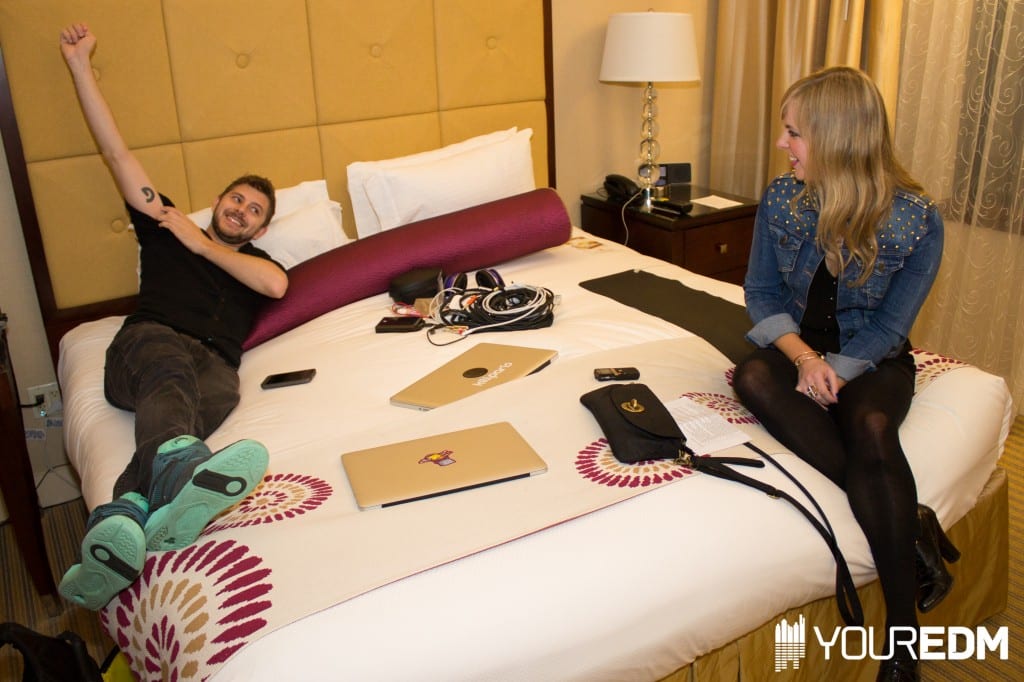 (Corey showing off his Ableton tattoo.)

If you’re a fan of Kill Paris, you would probably agree that the array of tracks he remixes is demonstrative of A.D.H.D. tendencies. One second he’s remixing 70’s disco hits and the next he’s remixing Nelly Furtado. That’s part of what draws us to his music. You never know what you’re going to get next. So how does the selection process work? To our surprise (and delight), there’s no formula whatsoever. There’s no running list of tracks for Corey to choose from. Rather, the songs choose him.

“It always happens in the strangest way possible. I’ll give you a really good example. The song ‘I Do Love You,’ that was one of my first songs that got a lot of traction on the Internet. When I started that track, I had a meeting with this publisher in LA which actually wasn’t that far from my house. But I parked my car in this parking garage and then went over to the restaurant, met with him and then I came back. And I couldn’t find my car and I couldn’t figure out how to get back into the parking garage. It seriously took me 45 minutes to find my car…I had to walk in where the cars came in. When I got into my car, that song was on the radio and that was the first time I ever heard it. And I thought ‘Holy shit I could do a remix of this song, that would be really cool,’ and then I went home and made that remix.”

“And the Lana Del Rey song, when my obsession with Lana Del Rey kinda started because I remixed ‘Without You’ and when I made that track it was Superbowl Sunday, I’d had a bunch to drink and I’d just got home and one of my friends had posted that song. I really liked it and wanted to remix it and did it that night. I never ever force it. I always feel that yields the best results. Don’t try and force it.”

And while we’re on the subject of Lana, just what was the New York City beauty’s reaction to Corey’s love sonnet, ‘I Love You Lana Del Rey’?

“Her and I are kinda on the fritz right now…” I stare back confused. “I made a song called ‘I Love You Lana Del Rey’ and she never called me, she never said anything!” Corey laughs. “No, I really respect her. Again, she’s one of those people who’s doing her own thing, carved her own niche. I think when I finally saw an interview with her, just the way that she talks just made me go crazy, I thought ‘Oh my God. I want to marry this girl.’

You may have lost your shot, Lana, because Corey’s got a new lady friend to inspire his next sonnet.

So what can Corey tell us about his highly anticipated upcoming E.P.? First off, it’s definitely coming out this year. But it’s also been a highly collaborative and creative process.

“It’s been funny how it’s happened, I’ve just had the idea. I just knew that I wanted to do something new, something different and I knew when I needed to have it done. I had kind of an idea of what I wanted it be when I started, and now it’s blossomed into something totally different. It feels a lot more expansive than I originally thought it would be. I’ve been collaborating with a lot more people, a lot of the tracks have vocals on them. It’s still dance music but they’re songs. For me, it’s been a big step…moving toward songwriting.”

What’s most commendable about Corey, aside from his music of course, is his appreciation for his success. He’s living the dream, and he doesn’t take it for granted. He surrounds himself with artists and people who inspire him, and he’s truly in it for the music. There isn’t enough that can be said for that. 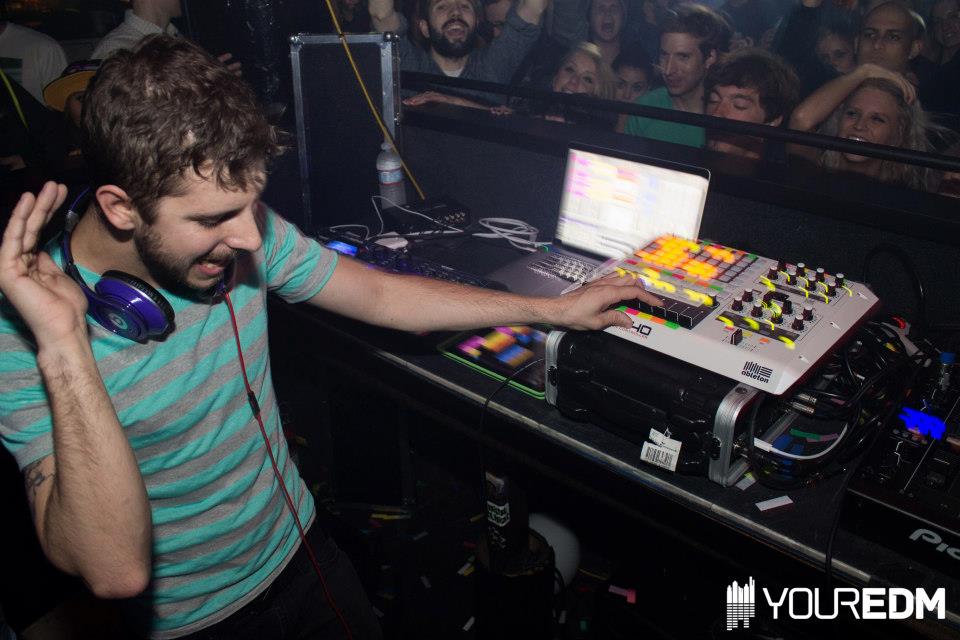