Early bird tickets went on sale yesterday for Ultra Music Festival 2014  at the basement bargain price of $150 USD. Unfortunately, purchasing tickets was problematic for a lot of users and downright impossible for others. This morning, Ultra Music festival was boasting that their servers would not crash this year; but shortly after ticket sales went online, that’s exactly what happened. Long load times, page refresh errors, maintenance messages, and ridiculously over priced GA tickets has sparked a slurry of outrage from a large group of would be festival goers.

Ultra Music Festival has rightfully secured its place as one of the biggest festivals in the world, so naturally one would assume that ticketing for the event would be provided with the same high level of service we expect from UMF. Sadly this was not the case today. After conquering the long loads and errors many potential customers were met with a sudden price hike in tickets as the early bird tickets were depleted. We can only hope that with the outrage of the EDM community, Ultra Music Festival will lower their ticket prices and re connect with their outraged fans. 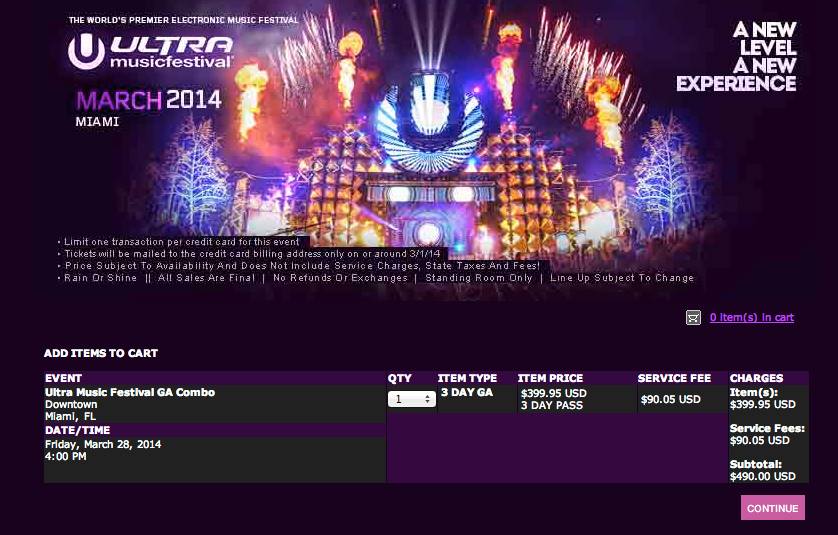 I understand how someone could be incredibly angry after spending time out of their day to snag reduced cost tickets only to be led to an outrageously expensive GA ticket costing well over $400 USD. We understand that big festivals like UMF are prone to rapid sellouts but given the shoddy web service a same day price increase of over $250 is an absolute slap in the face to EDM lovers. Price increase aside $500 for a GA ticket is almost absurd. I understand that Ultra is a popular festival but there’s no chance in hell I could afford a $500 ticket on top of the expenses of staying in Miami. Pricing the tickets so high will obviously alienate a large base of fans and this could be a mistake on the part of the Ultra team.

Despite the fact UMF is a global powerhouse, incidents like this cause fans to resent being burned by a brand they once respected. We have no idea if UMF intends to take any action after today’s events, but we can only hope that they will help out the very fans who helped them create their brand.

Were you burned by the UMF 2014 early bird ticket sales? Leave us a comment let us know how you feel.