Krewella Perform After E3, Get Cut Off By City

Krewella performed at the Machinima E3 after party last night in downtown LA and helped wrap up the days exciting events. The after party was live-streamed for the majority of the night, until the city shut down the party due to a “12:00 Curfew”. With Tritonal scheduled to perform directly after Krewella, their performance never had the oppurtunity to air via the live stream but after moving the party downstairs, they were still able to perform. Although the live stream crowd was teeming for Tritonal’s set, it seems they will have to hold off their anticipation until next time. With Krewella going a little too hard for the city, at least the party was allowed to continue downstairs. 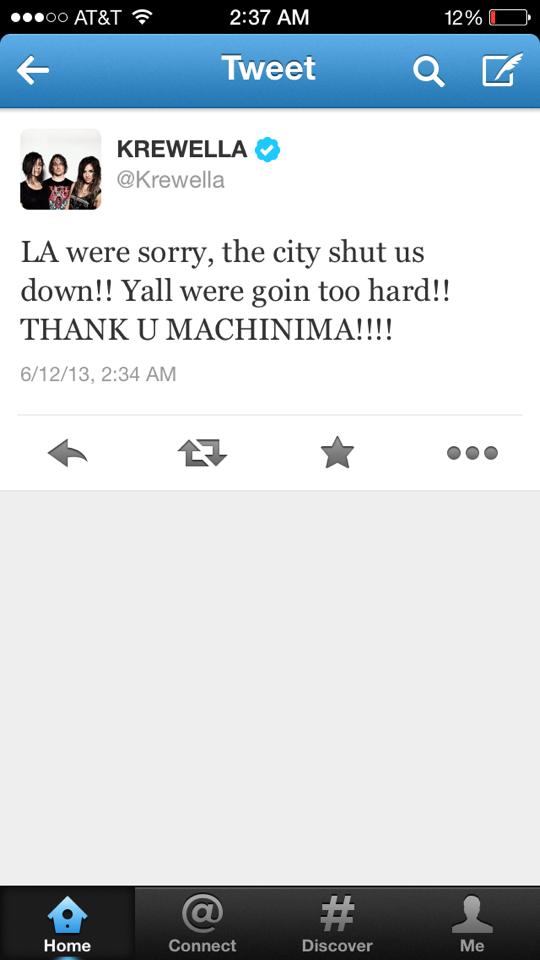