Remember when your momma told you to stay out of chat rooms? Turns out some online courtships can bloom into lasting relationships. At least in the music industry they can. Just ask Chad Cisneros and Dave Reed, known to most as Tritonal.

Dave: We met online discussing music and went from there and created a collaboration that became Tritonal. We were just geeking out together on a sound design forum, and we’ve been working together since 2007.

In just five years, this American trance duo has has created quite a name for themselves, establishing a reputation for delivering electrifying performances and melodic, energetic music that keeps their loyal Tritonians coming back for more.

Chad: To me, the ride really began with ‘Piercing the Quiet’ because before that I felt like we were learning who we are in the studio and what we like to play in clubs. And usually at first with most artists, those things won’t necessarily match. You’re playing these big songs and you’re getting this amazing reputation. But then you go in the studio, and you want to make something unique and cool too. It’s hard to find who you are as an artist and make that work on the floor too. 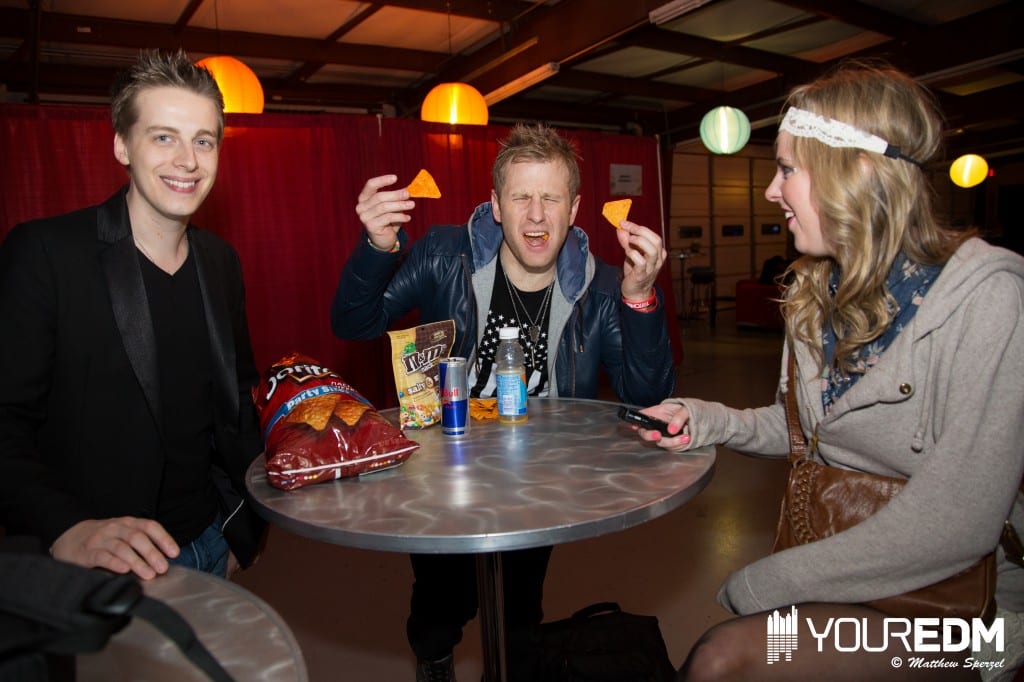 In such a highly competitive industry flooded with new talent, EDM artists are challenged with evolving their sound and putting out original work without straying too far from what their fans expect from them. There’s no arguing that Tritonal’s sound has come a long way from ‘Piercing the Quiet’ to ‘Metamorphic,’ but Chad and Dave are very conscious of staying true to Tritonal’s identity while keeping their music fresh.

Chad: This little thing that we’re on called ‘EDM’ is a stage of musical evolution, and in ten years it’s going to be something else. So from our perspective, we just want to ride it and enjoy it and have it be fun and not think we have to stay in some little box. Screw that. I do think you need a sound and you need an identity. And I think that Tritonal’s identity is meaningful music that’s based on melody with energy. Regardless of what tempo it is or what style it is, you can hear our sound in those records.

Another thing Tritonal is known for? Goosebump-worthy vocalists like Cristina Soto and Meredith Call. When asked who the duo would like to collaborate with next, we get a response we don’t hear all too often from today’s biggest EDM producers.

Chad: We’re not desperate to collaborate with anybody. In fact, we’re not even looking to do that. We’re working with all kinds of new vocalists because Tritonal has and always will be about breaking new talent. Like we broke Cristina, and I think we played a big part in Meredith Call’s career. We’ve always been dudes who take people you’ve never heard of and show you that they’re awesome. There are so many good vocalists out there. I don’t need to be working with somebody to make our record good. We can make our own record good. We just want to be the guys that stand on their own two feet.

And there’s no arguing, that they’ve managed to do just that. After just five years since it’s inception, Tritonal was named #65 on DJ Mag’s Top 100 DJs of 2012. These guys are focused on the quality and output of their work, not the fame. That’s not to say their rise to stardom isn’t appreciated or enjoyed, but Tritonal is committed to delivering music that can stand on its own without a big name attached. One exception to their rule?

Dave: In terms of vocals, we’d love to collaborate with Chris from Coldplay. He writes amazing music.

Chad: There’s just a magic to their sound. And it can’t be emulated. Even with his voice – when people try to sing Coldplay tracks, I have yet to hear one that is on par. He’s kind of pitchy but in an amazing way.

One tactic for keeping their music fresh is keeping their heads out of the EDM world as often as they can. So what bands are keeping them company on the road these days?

Chad: One of my favorite bands is M83. Love them. On the plane ride over, I was listening to Random Access Memories by Daft Punk – I think that’s a great funk record. I think it pays homage to the 70s where dance music started.

Dave: I was listening to Cinematic Orchestra and String Quartet and all kinds of weird stuff.

Chad: Just getting our heads out of dance music. Getting inspiration anywhere besides dance music basically. That’s cool. Then you get to bring something to dance music that hasn’t been there as opposed to copying some record that’s out now. 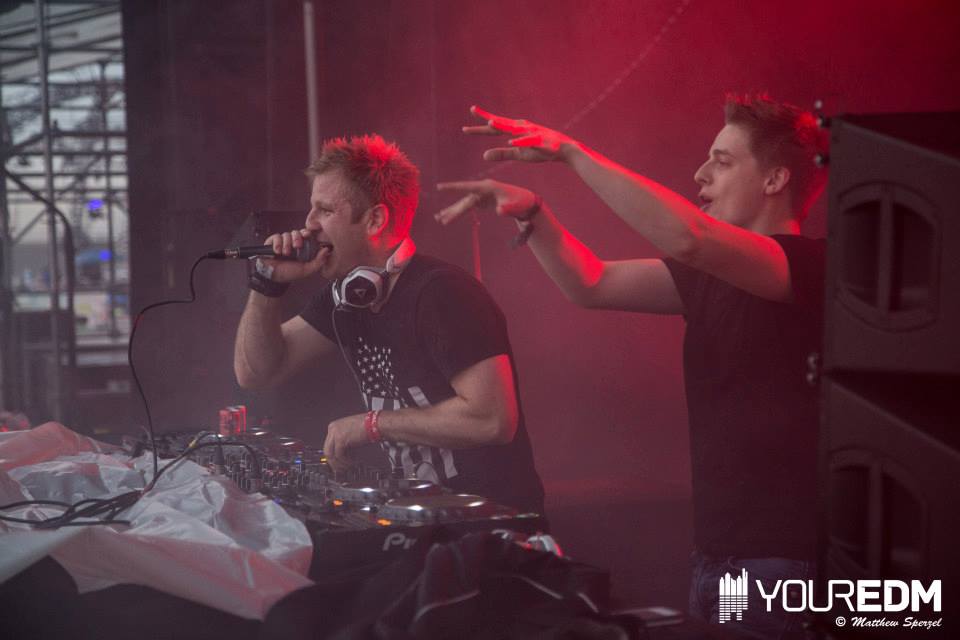 With EDC Chicago and EDC Vegas behind them, what tricks do Dave and Chad have up their sleeve for the second half of 2013?

Chad: It’s been a busy year. And maybe from the fan’s perspective, there hasn’t been as much output of music as there has been in previous years. I’d say we’ve been writing even more, but we’re being very conscious of what we put out and when we put it out. Tritonal came up as trance artists, and over the past year we’ve played a lot more progressive house as opposed to progressive trance. It’s not because we don’t love trance, we do. We’ve just found that certain records are inspiring us to play and to produce. We’re becoming more mature as musicians.

With their second ‘Metamorphic’ EP on its way, the guys were also excited to announce that they will be launching a 40-50 city North America ‘Metamorphic’ Tour later this year. They premiered one of the first new tracks on the album during their EDC Chicago set, although they’re still not ready to share the vocals on the track.

Chad: Tritonal will always be about trying new stuff. I think it’s great to try new things without becoming an entirely new thing, and we always want to remain true to who we are in music. I think we’re getting there with these ‘Metamorphic’ things. We’re going from dark to light with this thing. And at the end, it’s going to be super positive and uplifting messages. We’re telling a story over these three EPs. We’re really excited to launch the 2nd one. We’ve got a plan.

If you haven’t tuned in already, check out the duo’s EDC Vegas set which includes one of their latest tracks with 7 Skies, ‘Reset’ that they released on their Soundcloud page a couple of weeks ago:

Repetition to Perfection: Ten Songs That Sound the Same

Repetition to Perfection: Ten Songs That Sound the Same