Anthems From The Heart: How To Produce Passionately from Trance Czar Arty

It’s pouring rain, about 40 degrees and Arty has just come off the stage at EDC Chicago. Not the most ideal weather conditions for a set, but there’s one name that can immediately bring a spark to Russian-born producer and DJ, Artyom Stolyarov’s eyes. Fans of Arty know all too well that his hit track ‘Kate’ was named after his long-term girlfriend.

“I still remember that time – it was 2011 – and I’d just met this girl and I completely fell in love. You know when you meet another person who’s so smart, so funny and contains all of these qualities. I made this track for her after knowing her only three days. I didn’t plan to release it – I just made it for her. She was the first person to listen to it. We were on a date, and I gave her the headphones with the track and she listened to it and cried. And her birthday was after that in July, and I decided to plan a gift for her. I sent the track to Anjunabeats and spoke to Above & Beyond, and they played the track on an episode of Trance Around The World. Tony made a special birthday shout-out to Kate.”

Arty has been part of the Anjunabeats family since 2010 and has released a lengthy list of trance anthems on the label including fan favorites likes ‘Rebound’ and ‘Mozart.’

“It’s not like you sign a track to a label, and it changes everything. But I would say when I signed ‘Around the World’ to Anjunabeats it changed a lot of things. We built our relationship with Anjunabeats in the right way – it wasn’t just one or two tracks. I released four or five tracks with the label – it was a long-term relationship with a lot going on. We’ve done a great job for each other.” 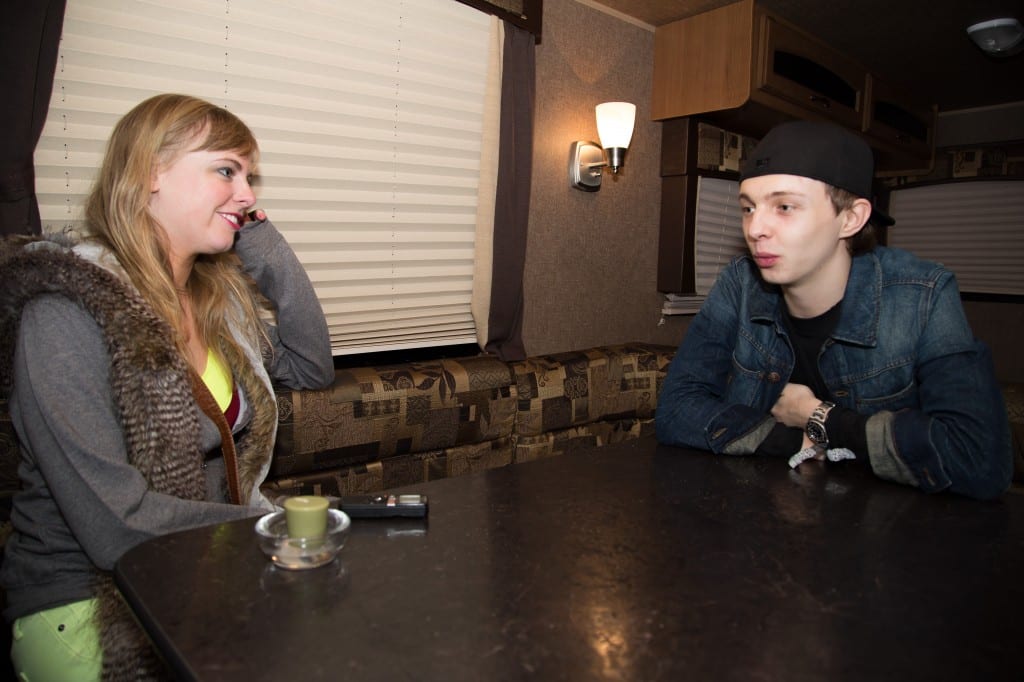 Arty’s latest track, ‘Grand Finale’ has been a long-time in the making and is set to release on Ministry of Sound on July 22nd. It’s a track he’s been teasing out in sets since last summer and its release has been highly anticipated by his fans.

With a tour schedule that exhausts you just hearing about it, it’s a wonder Arty has time to produce new tracks. But he still manages to find a balance between creative output and time on the road.

“I’ll be touring all of June and July, and then I’ll be in the studio all of August. Maybe I’ll do six or seven shows in August, but that’s all. So I’ll have time to finish stuff. And then September, October, November and December are already filled with touring. Sometimes I really love touring, but sometimes I hate it. I want to be in the studio with my family and my girlfriend and my friends. But then when I start to hate touring, there’s a deeper emotion telling me it’s what I should be doing – that I should go see my fans and appreciate the energy of being on the road. You can’t miss out on that. I can still do my job on tour, but it’s harder to bring new ideas to the table when you’re on tour. I can finish tracks I’ve already started on the road, but the most inspirational place for creating new music is always your hometown.”

It’s hard to believe that Arty has only been in the EDM scene for four years when you look at his music resume. So what’s next for the Russian sensation?

“I’m working with Mat Zo on our third track. I was in the studio with him in LA in May, and we’re going to finish it in the next month or so. I’m also working with Porter Robinson – we’ve passed along some ideas back and forth so we’ll see how it’s going to work. And then I’m working with Axwell on a new track, although it might take over a year to finish it! He’s that kind of person. So far we have a great idea and an amazing vocalist everybody knows, but I can’t spoil it yet.”

Sounds as though his fans have a lot to look forward to in 2013. In the meantime, I’ll leave you with one of my favorite summer anthems.