Deadmau5 Should Kill Himself According To Lady Gaga Fans

The EDM scene’s insanely famous troller has just found himself another horde of haters. Deadmau5, Canadian producer and troll extraordinaire, in one fell swoop cast upon himself the despise and hatred of thousands. After witnessing Lady Gaga’s latest video, the artist took to twitter to proclaim his disdain. In the video, mother monster hugs an ice cube, naked, to promote the performance artist’s ‘Abramovic Method’. In response to the act, deadmau5 stated the following

“What the actual fuck? If some idiot howls in the woods and noones around, does it make a sound? MYTH BUSTED.”

His tweet was short lived though, as the mau5 was forced to delete it. Lady Gaga’s fans didn’t seem to take too kindly to the mau5’s take on the video and responded in a violent outcry, causing Joel Zimmerman to remove his message, although not before sending another one out, stating:

“All these tweets telling me to kill myself. The Little Monsters are pro suicide or something? Not sure what to make of that.”

The little monsters reacted rather violently to Joel’s opinion:

@deadmau5 you are just a shit dj that wanting five minutes of fame, using a exceptional artist like Gaga, it sees… DIE

Personally, I find it a tad bit disappointing that Deadmau5 deleted his tweet. 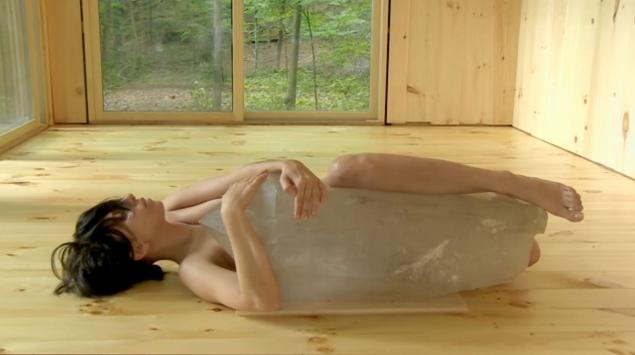 For anyone curious here’s the video where Lady Gaga promotes Marina Abramovic’s method.

The Abramovic Method Practiced by Lady Gaga from Marina Abramovic Institute on Vimeo.

Steve Angello Announces Lineup for Size In The Park