Never try to sneak anything past Reddit, even if you don’t think you have anything to hide. Steve Aoki may be feeling the pain here very shortly, as cyber-sleuths on Reddit noticed something out of place in the A Light That Never Comes with Linkin Park preview video. 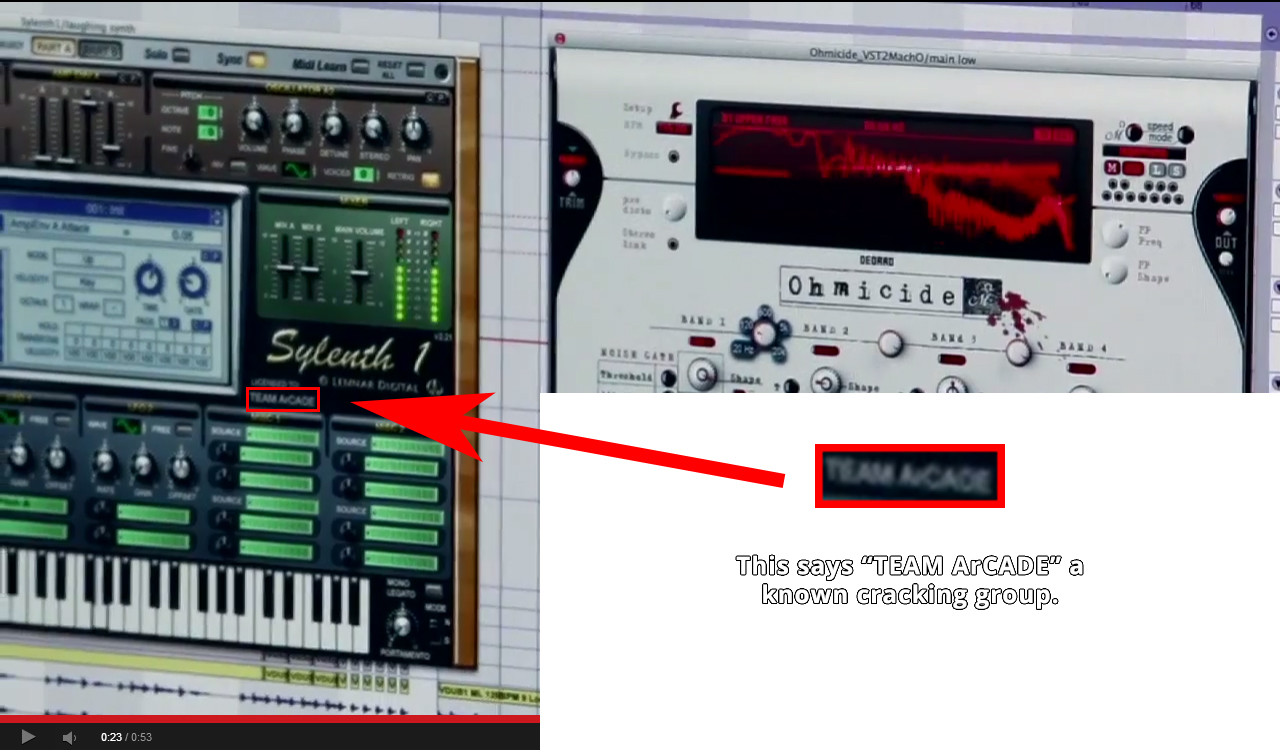 Oopsie. Team ArCADE is a well known cracking group. That’s clearly a cracked copy of Lennar Digital‘s popular Sylenth 1 VST, which if you didn’t know, retails for around $186 USD.

In and of itself the whole pirated software thing might not be such an issue in the hands of say an amateur producer who has yet to make money with his work, but… We’re talking about an entirely different situation with Aoki, who makes a reported 12 million a year.

Supposedly Lennar Digital has already been notified and we’re still waiting for their response. But remember kids, if you like the software you’ve pirated, buy it. Especially when half of the money you spend on cake a year could easily buy most every VST in production. For shame Steve Aoki, for shame. Watch the video below.

UPDATE: Steve Aoki has posted on his website in response to his use of cracked software coming to light.

It’s recently come to my attention that some fans on Reddit caught a screenshot of a pirated software plug-in from a recent Youtube clip I did with Linkin Park. To clear the air, I have owned the properly registered plug-in, Sylenth, for over 4 years now on my studio computer. I’ve included both the receipt and a screenshot of the actual plug-in below, purchased by my faithful assistant Jacob Lee. This is the computer I do all of my production on, including “A Light That Never Comes” with Linkin Park.

However, the honest truth is that screenshot is in fact of my road laptop (the laptop I DJ with). I go through 5 or 6 of them a year, usually purchasing them while on the road. After my last purchase, I had asked my road team to help me load in my production software and apparently they didn’t ask Jacob for the authorization code for Sylenth and installed a pirated version.

So my apologies go out to the good people at Lennar Digital and a big thank you to my fans that caught the mistake which has since been rectified.

He also posted a receipt of purchase: 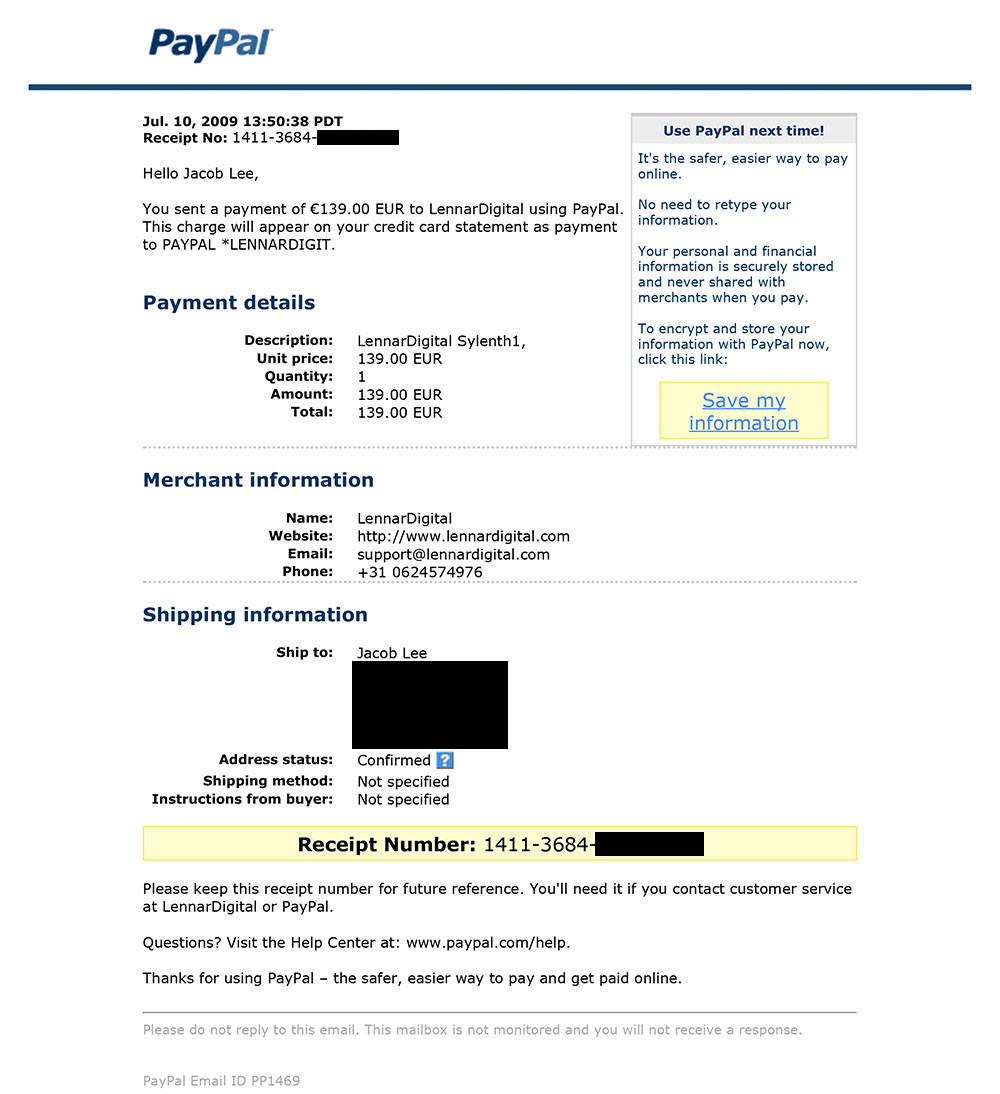